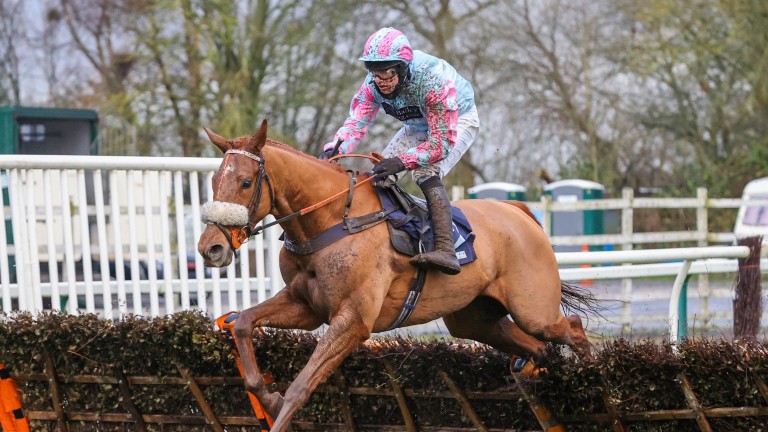 Last year, this race proved to be another stepping stone on the relentless rise for Main Fact. The David Pipe-trained hurdler toyed with his rivals and recorded his fourth successive victory – a streak that was extended to an almost unthinkable nine straight wins in November.

Believing the winner of this edition will match that sequence is far fetched, but in Pay The Piper and Shantou Express there are two six-year-olds that could certainly rise up the ranks.

Pay The Piper enters this contest as an unbeaten horse under rules. On both starts he has been largely overlooked in the market and tackled an odds-on rival, only to run out an easy winner at the first attempt and game victor over a subsequent Grade 2 third last time. 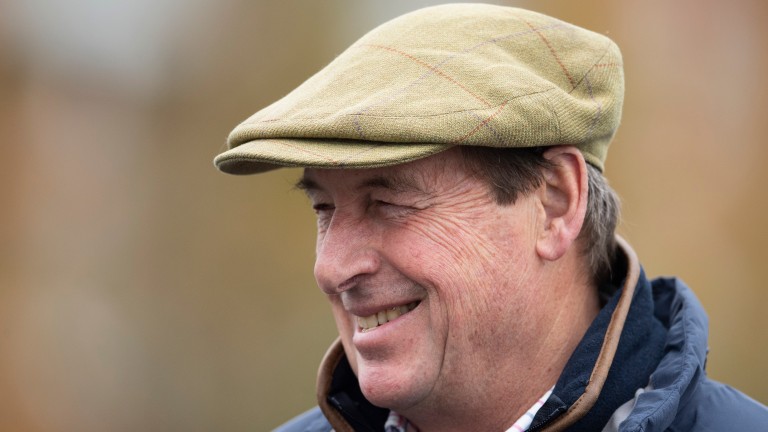 Shantou Express tackled Grade 2 company last time in the Supreme trial at Ascot. That track wouldn't have suited and he may be better over further, but he faced fierce competition with eventual scorer My Drogo winning again since and Betfair Hurdle scorer Soaring Glory back in third.

It is hard to overlook the pair, though the in-form Saint Arvans and bottomweight Applaus have solid each-way claims at bigger prices.

Kim Bailey, trainer of Shantou Express
We were going to go to Kelso on Saturday but it was a very hot race so we’ve opted for this. Hopefully it will be more good ground than soft and if it is he’ll be very competitive.

Pam Sly, trainer of Haafapiece
He was a bit unlucky last time when he fell at the last when going well, although he has been put up 2lb. He’s been off since as he doesn’t want soft ground and hopefully this ground should be drying out. 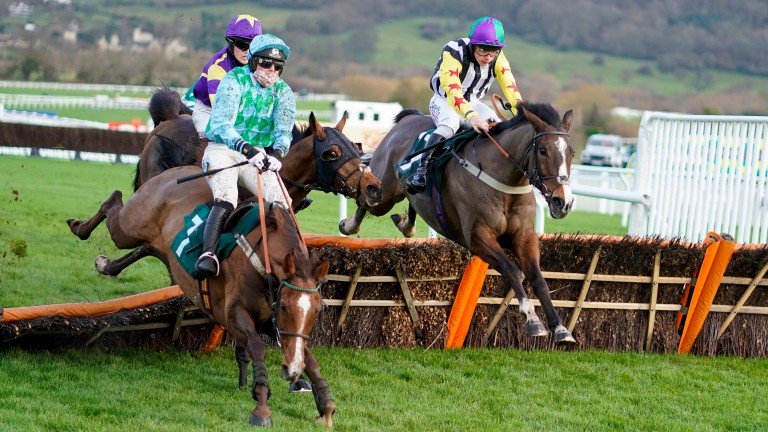 Haafapiece (near): fell at the last hurdle at Cheltenham in December when in front
Alan Crowhurst (Getty Images)

Ann Hamilton, trainer of Pay The Piper
We bought him out of the point-to-point sphere and he’s won two hurdles for us over this trip but he wants further really. There’s a race over 2m6f at Newcastle coming up that I have my eye on and hopefully this should put him spot on for that.

Joanne Foster, trainer of Da Vinci Hand
He’s a new horse to us so we’re on a bit of a fact finding mission but he’s one to watch for the future. He probably wants further and will come on for the run.

Maurice Barnes, trainer of Saint Arvans
He’s had a break as he doesn’t like soft ground and some of the meetings he was going to run at were called off. He goes there fresher than most and ours have been running well off a break lately.

Micky Hammond, trainer of Applaus
He’s had a winter break and it will be nice to get him back on track but it looks a warm race. He’s not too ground dependent so should handle some ease in the ground and he has a low weight.

FIRST PUBLISHED 6:00PM, MAR 7 2021
We were going to go to Kelso on Saturday but it was a very hot race so we’ve opted for this