Identity Thief makes off with the spoils in the fog 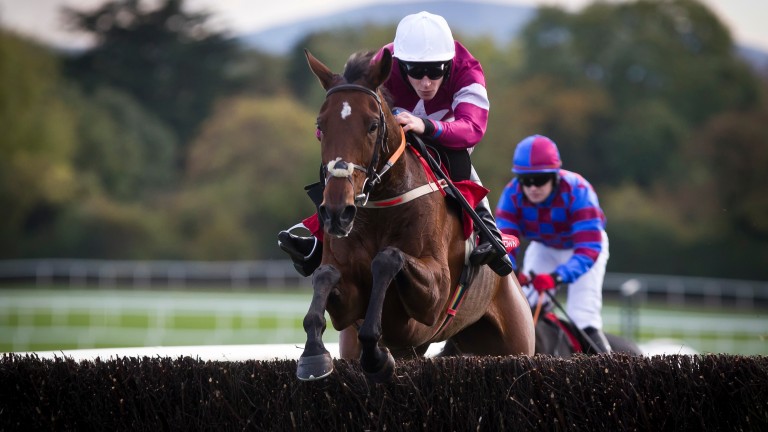 Identity Thief made it two from two over fences by landing the Grade 2 Ryans Cleaning Craddockstown Novice Chase, giving trainer Henry de Bromhead his fourth victory in the 2m event in the past seven years.

A 14-length winner over the same course and trip on his chasing debut last month, Identity Thief, winner of the Fighting Fifth Hurdle a year ago, led home a clean sweep for De Bromhead in the five-runner contest, beating Ordinary World by a length with Attribution three lengths adrift in third.

The Grade 1 Racing Post Novice Chase at Leopardstown on December 26 is the next likely target for the Gigginstown House Stud-owned six-year-old, according to De Bromhead who like everyone else in attendance had his view of proceedings severely limited by fog which lingered throughout the day.

"From what I could see, and that wasn't a lot, he was good and Bryan [Cooper] said he jumped super. He should have learned a good bit today compared with his win here last month," said De Bromhead, whose previous winners of the race were Sizing Europe, Days Hotel and Sizing John.

"I'd imagine the Grade 1 at Leopardstown at Christmas will be the next step."

Cooper added: "I was out of action when Identity Thief won here last month and was watching the race from the couch. He jumped really well today and gained a length on Ordinary World at a good few fences. I kept taking him back and I was quite confident we'd win from three out. After he popped the last he went and did the job well.

"He's on a learning curve and today's race should have taught him a good bit."

Several firms cut Identity Thief for the Racing Post Arkle at Cheltenham in March, although BoyleSports pushed him out to 10-1 (from 8).

The performance of runner-up Ordinary World also pleased De Bromhead, who said: "Ordinary World shouldn't be underestimated. He wasn't in the same league as Identity Thief over hurdles but we always thought fences would bring out the best in him and that seems to be the case.

"He won well on his chasing debut at Fairyhouse and that was a good effort by him today."