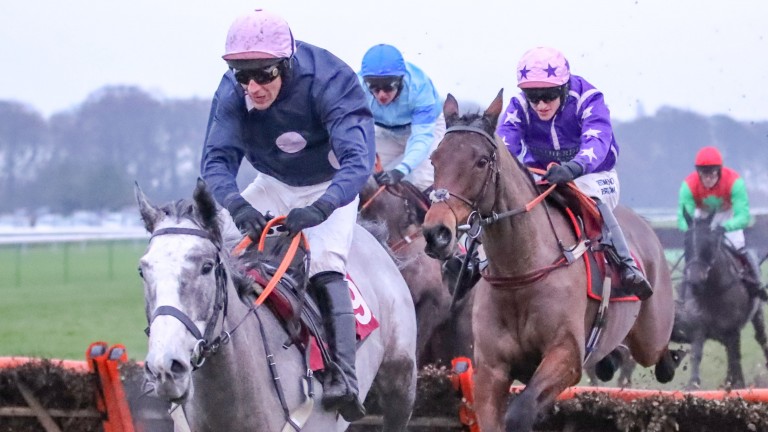 Closing Ceremony (purple silks) trails Silva Eclipse over the final flight of what proved to be a thrilling climax to Saturday's Scoop6 bet
GROSSICK RACING 07710461723
1 of 1
By Scott Burton UPDATED 5:05PM, JAN 23 2019

Any regular punter must have imagined themselves in the same situation many times over – the first five selections of a potentially life-changing bet have gone in and the bearer of all your hopes is still right on the premises in the final leg.

That was the scenario on Saturday for the three winning ticket- holders, who each earned £643,903 from a monster Scoop6 payout.

One of those lucky three contacted the Racing Post and, on condition of anonymity, agreed to share the experience, one which may have prompted a few premature grey hairs after an agonising wait to find out if Closing Ceremony or Silva Eclipse would get the verdict at Haydock.

"Of course I watched the last leg but I kind of wished I hadn't as I reckon the experience has taken a few years off my life!" said the punter, who is 39, lives in the south-east of England and placed 25 £2 lines through his Betfred account less than half an hour before the first of the six races got under way at Taunton. 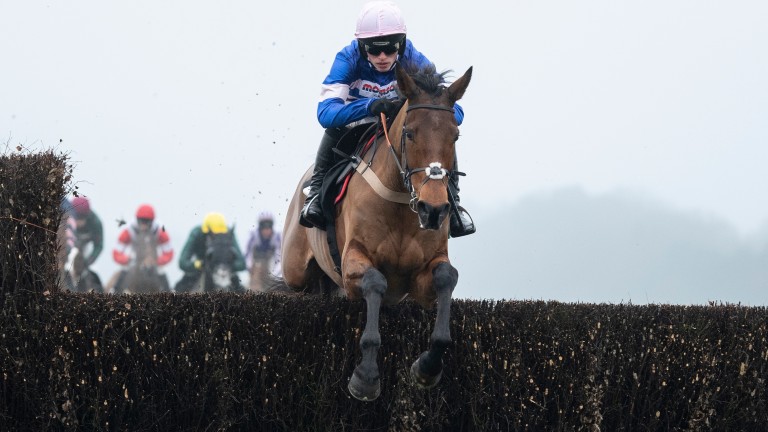 There were still 403 units in contention for Saturday's bonanza Scoop6 after Cyrname and Harry Cobden has run away with leg four at Ascot, but only three winners finally emerged
Edward Whitaker

"I really fancied Closing Ceremony, a course specialist who looked well handicapped, in the last," he said. "He's a confirmed front-runner, so I knew we had a serious chance when he was gifted an easy lead as the tapes went up and thought we'd be hard to catch turning into the home straight.

"That confidence soon went, though, with Highland Hunter still going well and I thought the game was well and truly up once Silva Eclipse went a couple of lengths clear after jumping the last.

"I saw he was beginning to rally and soon realised that he had a chance. As they flashed past the post, I thought he'd got there – though with no confidence whatsoever – while the missus, watching it with me, thought the other one had held on."

He added: "I'd have taken a dead-heat at that point and almost didn't believe it once he was announced the winner, and so I checked every source going to confirm it.

"My first thought was a sinking one. What if I'd made a mistake in putting the bet on? Did I click the confirm bet button? Had I ticked the wrong horse in one of the races by mistake?

"I then went into my account to check the bets but by the time I had logged in, the winnings had already been credited to the balance, leaving me feeling a mixture of relief and elation."

The punter said he does not play the Scoop6 regularly but always turns his attention to it after there have been several rollovers, increasing the pool to the sort of amount that led to Saturday's big payout.

"I won't go through a day's racing without looking at the Racing Post," he said. "The paper and site are great tools for punters. I'm a big believer in stats so always scan those sections and take in advice from all tipsters from Spotlight to Pricewise. I don't follow one tipster in particular but I'm always interested to read about an angle I may not have considered."

The tidy sum of £643,903 is clearly enough to bring a level of financial security and the winner said he will prioritise becoming mortgage-free, treating his close relatives and enjoying a couple of nice holidays.

There remains the small matter of trying to hunt down the £1,030,922 bonus fund this Saturday, with this winner keen to increase his chances by joining forces with the other two ticket-holders.

"I'd say let's team up and increase our chances of taking it down," he said. "If you're interested, just get in touch with the Post and we'll make it happen."

Are you one of the other two Scoop6 bonus hunters this Saturday and do you want to pool your resources? If so, contact us via email at editor@racingpost.com

FIRST PUBLISHED 4:29PM, JAN 23 2019
By the time I had logged in, the winnings had already been credited to the balance, leaving me feeling a mixture of relief and elation