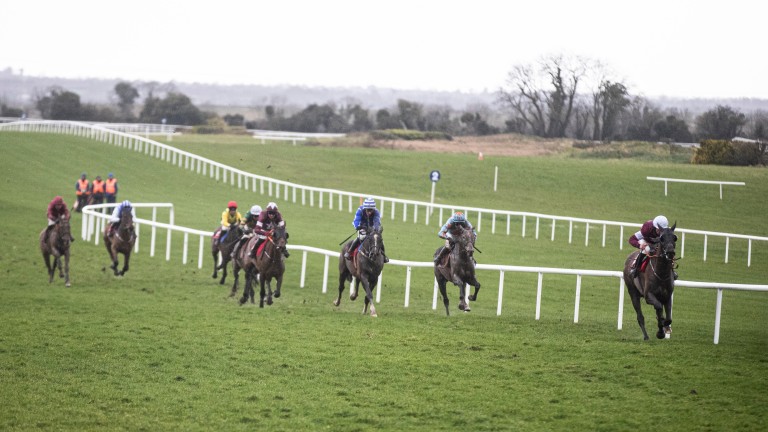 Dual Grand National winner Tiger Roll made his seasonal reappearance in the Boyne Hurdle at Navan, travelling strongly before fading to finish fifth behind stablemate and winner Cracking Smart. Our experts give their thoughts on his return to action

'I will not be backing him for the Grand National'

It was an encouraging comeback from Tiger Roll. While the bare form reads that he failed to retain his Boyne Hurdle crown in fifth, he was entitled to find this season's assignment a stiffer challenge after a less-than-ideal preparation.

He travelled nicely into the straight and unsurprisingly was not given a hard time of things. Bound to strip fitter for the return, connections will be pleased with the outcome.

However, I will not be backing him for the Grand National. Sentiment should be kept aside in betting and I feel a mark of 170 and top weight will prove his undoing at Aintree.
Robbie Wilders, tipster

'I see no reason why he can't emulate Red Rum'

If I was Gordon Elliott I'd be absolutely delighted. He travelled with his customary enthusiasm and came into the race easily as they began to sprint for home.

Connections were insistent he would need the race and that showed in the final furlong, especially on the testing ground. As long as he can qualify for the Grand National on his next start in the Cross Country Chase at the Cheltenham Festival, I see no reason why he can't emulate Red Rum.

He appears to have too much raw ability for the others when it comes to that particular discipline.
Maddy Playle, RPTV

'It was obvious the engine was in full working order'

That was a spot-on reappearance from Tiger Roll and the Gigginstown team will be delighted.

His jumping, albeit over hurdles, was slick and it was obvious as he loomed dangerously around the bend that the engine was in full working order. Keith Donoghue made sure Tiger Roll worked hard, but not too hard. It was a fitness exercise and he passed it.

This looked a much hotter than last year's renewal, although the horse he beat last season then won this year. The quality in depth was generally much stronger. But dissecting the form of either renewals is pointless here, he was not primed for this and his real test comes at Cheltenham next.

Overall, it was as good a performance as we expected – but not as brilliant as last season. I'd mark him eight out of ten.
James Stevens, journalist

'Tiger Roll is the most famous horse in Britain!' | Tom Scudamore | What A Shout

FIRST PUBLISHED 2:33PM, FEB 16 2020
Sentiment should be kept aside in betting and I feel a mark of 170 and top weight will prove his undoing at Aintree