'I was floating home from Epsom, then bang' - Owen Burrows on cruel Hukum blow 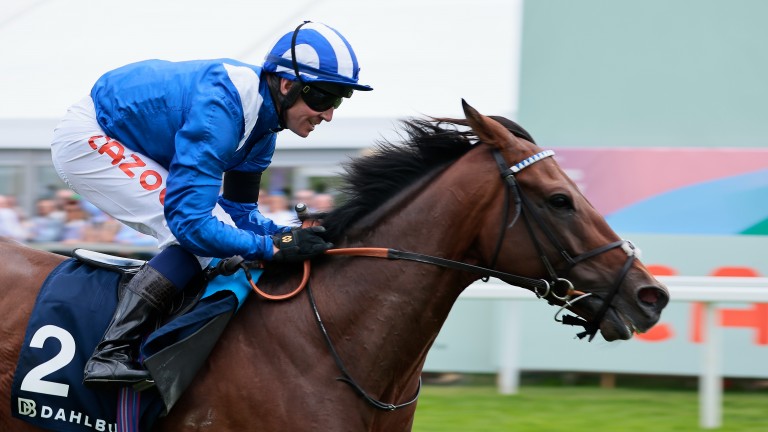 Owen Burrows has been dealt a cruel blow after Hukum required surgery on an injury picked up during his Coronation Cup victory, with the possibility his stable star could have run his last race.

Hukum is expected to be able to return to action later in the year, but Burrows believes there is a chance the Shadwell-owned five-year-old will now take up stallion duties.

It represents a huge swing in fortunes for the Burrows stable, who went from the high of celebrating a first Group 1 success at Epsom to the low of Hukum potentially not racing again.

The trainer said: "Unfortunately, he picked up an injury in the race and it wasn't until we got back to the yard that he was lame. He had to have surgery on Saturday morning and had three screws put in a hind leg.

"It wouldn't be career-ending, but there is the prospect of him appealing as a stallion for probably the jumps.

"It's too early to say whether that will be him finished and it's not as if he couldn't run again, it just depends on his recovery and what sort of interest there is for him."

Burrows had initially been left to consider more lofty targets for Hukum, including next month's King George VI and Queen Elizabeth Stakes at Ascot, after his dominant victory over last year's winner Pyledriver in Friday's Coronation Cup.

However, all plans have been placed on hold by Burrows and Shadwell's racing manager Angus Gold until a decision is made on Hukum's future.

"He's going to have to box-rest for a few weeks and he certainly wouldn't be back until late autumn at the earliest, but that's a best-case scenario if it heals well," said Burrows. 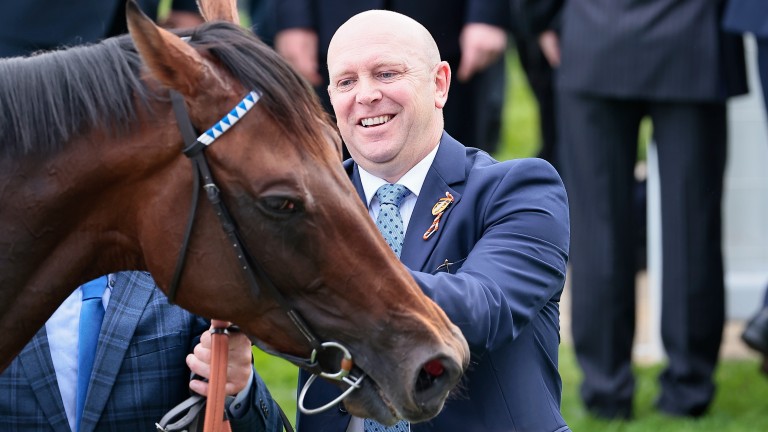 Hukum with trainer Owen Burrows: "It's gutting from a personal and team point of view"
Mark Cranham

"It's not as if it's him completely finished, it all depends really. I was speaking to Angus yesterday and we can't make any decisions now; we'll see how he mends and go from there."

Last year, Burrows was forced to relocate to new premises with a significantly reduced team due to Shadwell's cutbacks after the death of Hamdan Al Maktoum.

Although no longer a private trainer for Shadwell, Burrows kept hold of Hukum and took great satisfaction in the six-time Group winner making his breakthrough at the highest level.

"One minute I was floating home from Epsom and then bang," the trainer said. "I was a quarter of an hour from getting back to the yard when my assistant rang me and it was a little bit bittersweet.

"I've experienced a lot of emotions in this game over the years, but that would probably be up there. It's gutting from a personal and team point of view, but I feel very privileged to train such a good horse and am so pleased he was able to finally show what we felt he was capable of."

Hukum, a year-older brother of Shadwell superstar Baaeed, has won nine of his 15 starts and earned prize-money of more than £630,000.

FIRST PUBLISHED 11:28AM, JUN 6 2022
I've experienced a lot of emotions in this game over the years, but that would probably be up there