I thought it was a stuttering start but conditions were awful 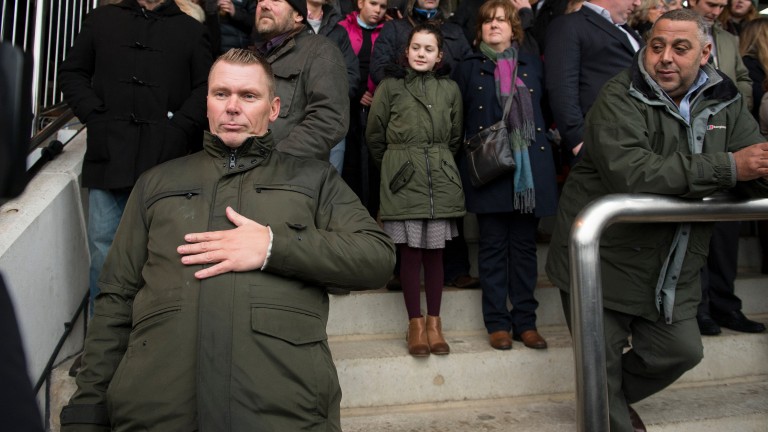 Matt Chapman in a typically ebullient pose at Cheltenham on Sunday
Edward Whitaker
1 of 1
7:39PM, JAN 2 2017

Richard Harris, Newark
I didn't see a great deal but some of it was fine – better than Channel 4 – but in other parts it was poor. Six out of ten would be my verdict.

Diana Senior, Nottingham
It was quite good but the presenters looked cold and wet. I know it was an outside broadcast but they seemed to take it literally.

Mel Highton, Lincoln
Parts of it were embarrassing, they made me squirm. I doubt I will watch it again.

George Firth, Leeds
I hardly watched the Channel 4 coverage so I don't have anything to compare it with, but it didn't really appeal to me. AP was very good, and Luke was his usual self but the others seemed to be struggling a bit. I'll stick to the satellite channels, at least you can see all the races.

Jim Colquhoun, Irvine
I liked ITV's coverage and I think it was slightly better than Channel 4's. There were plenty of different opinions and I liked the insight given by Tony McCoy. I believe they will make a big success of it and I'd love to see them bring back the ITV Seven – that was one of my favourite bets when they used to cover the racing many years ago.

Bryan Hazell, Newcastle
They've got a great opportunity to make the coverage something special and it was an encouraging start. I'd like them to have a meeting and concentrate on three specific things – perhaps the betting the ring, the parade and the general public. I know a lot of my [bookmaker] colleagues were impressed with the initial set-up and if they listen to what people tell them, then there'll be many more switching on.

John Clark, Glasgow
I enjoyed watching the racing on ITV and I thought the interviews were well done. Everything seemed less forced than on Channel 4 and I will be a regular viewer.

Marie Scott, Prestwick
I haven't got any strong criticisms but I am not sure that it was all that different from Channel 4. I do like Tony McCoy and Luke Harvey and hope we see more of them on our screens.

Mike Wellings, Chichester
I thought it was a stuttering start all round but it looked awful conditions they were working in. Don't they have a studio like Channel 4? I'll keep watching and hope they train on as Channel 4 did.

Wendy Mitchell, Eastbourne
I liked it and it was good to have a laugh or two along the way.

Jeff King, Winchester
It was very different and I miss the Channel 4 team. I thought the presenters were trying too hard. Hopefully they will settle down but I am not sold on them yet.

Chris Brown, Hove
I thought it was a good debut run. Nothing and nobody annoyed me and I won't be switching off my Saturday afternoon fun.