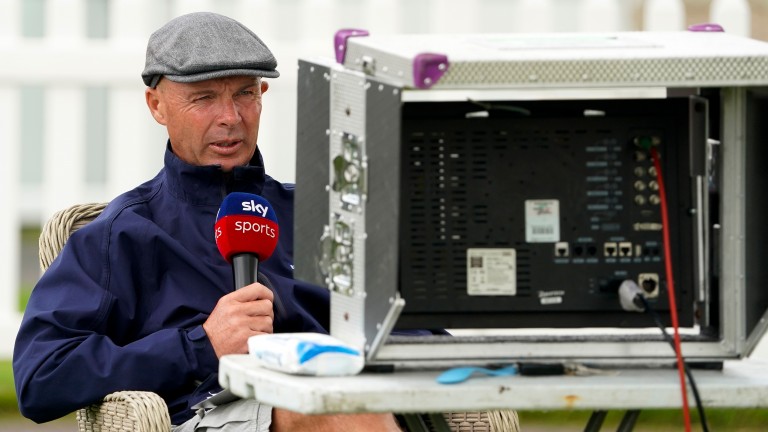 Luke Harvey: took over from caller Mike Cattermole to commentate on a race on Monday
Alan Crowhurst (Getty Images)
1 of 1
By David Milnes UPDATED 1:46PM, JAN 5 2021

Luke Harvey admitted he was as nervous as he was before riding in the Grand National when getting an unexpected call-up to commentate on a race at Lingfield on Monday after regular racecaller Mike Cattermole was taken ill.

Harvey, who was at the Surrey track as an on-course reporter for Sky Sports Racing, was suddenly asked to cover the fourth race on the card, a two-mile handicap won by Figeac.

Cattermole, who has had issues with vertigo in the past, was taken to the doctors' room after covering the first three races on the card and, after receiving treatment, was later sent home.

1.40 Lingfield: watch a replay of the race Luke Harvey commentated on

Fellow commentator Simon Holt, who lives nearby, was contacted to step into Cattermole's shoes, but he couldn't get there in time for the 1.40 contest, hence Harvey had to provide emergency cover.

Harvey said: "I was getting a coffee after the third race as it was freezing cold when Steve Drowne, who is head steward there, came in and said I would have to commentate as Mike Cattermole had been taken ill. I thought he was having a laugh and said the only time I'd done that was when I was messing about with Jason Weaver at Yarmouth one day and I was useless. He replied that he'd looked around the track and I was the only one on course who could do it."

The former jockey added: "I okayed it with Sky Sports Racing and then it dawned on me what I was in for. The last time I was that nervous was before I rode in the Grand National." 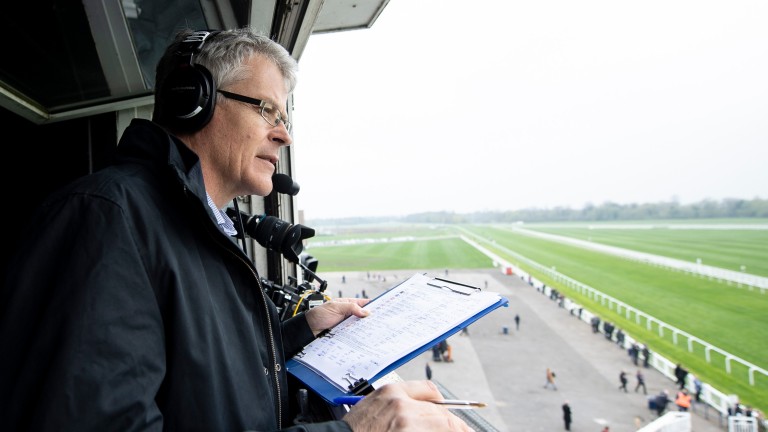 Mike Cattermole: taken to the doctors' room after covering the first three races on the card
Edward Whitaker (racingpost.com/photos)

Of the commentary itself, he added: "I didn't have time to look at any of the runners beforehand but what made it more difficult was some of the names in the race were ridiculous. There was Nebuchadnezzar, Enmeshing and I imagine I even pronounced the eventual winner Figeac wrong.

"As my luck goes it was a two-mile race so I had to waffle a lot, and I can see why commentators prefer sprints! In the end, there was a sense of relief when Adam Kirby kicked clear on the winner in the straight so I didn't have to shout 'photo' as Derek Thompson does."

Thankfully for Harvey, Simon Holt turned up before the fourth race so his racecalling career was a one-off. He added: "I can't say I enjoyed it but George Hill [clerk of the course] did give me a bottle of lovely Lingfield Gin afterwards for my efforts."

Sincere thanks to everybody who has been in touch and passed on best wishes today after my setback @LingfieldPark My thanks to the medical team for taking good care of me! All will be fine soon. Take care all!

Cattermole, 59, said on Tuesday: "I've had vertigo for a few weeks and not been sleeping that well. It caught up with me yesterday and I felt as if I was going to keel over and pass out. I felt rough after the second race and did the third in a bit of a trance to be honest when I felt I might pass out. I've not listened back to that commentary as it will probably be crap."

He added: "The doctors arrived during that race and were eager to help. I didn't have to go to hospital but they wouldn't let me drive home, so Monica my wife came to pick me up. Thanks for all their help and I was inundated with messages after I put a tweet out after racing. I'll take some time out now and I'm heading to the doctors later today to see if we can get to the bottom of it."

FIRST PUBLISHED 1:37PM, JAN 5 2021
The last time I was that nervous was before I rode in the Grand National