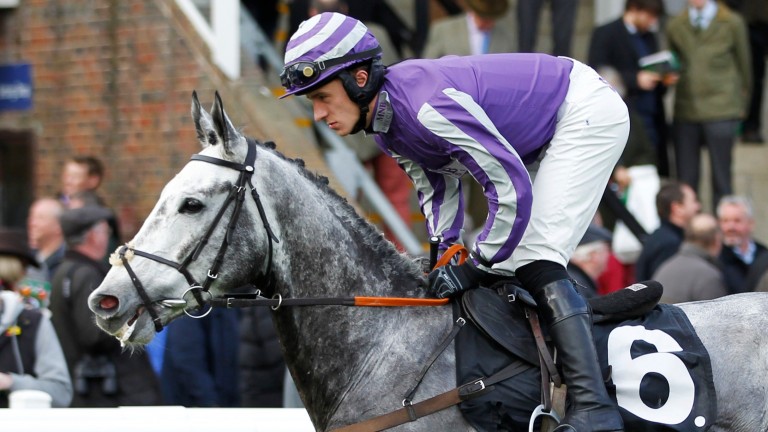 The thing about a rehearing is that it covers a lot of familiar ground. Thankfully, though, there is one new thing about Monday's opening session of the Jim Best non-trier case and, indeed, this is very much the elephant in the room which must be promptly and frankly addressed: the accused has grown a beard.

The reasons behind the beard do not, regrettably, form part of proceedings on this opening day, but onlookers in the BHA's subterranean justice centre (very much racing's version of the Batcave) cannot help but wonder.

Having been convicted and banned for four years the first time around while clean shaven, perhaps Best feels becoming hirsute might work in his favour? Or maybe he is preparing for a shift as Santa Claus down Lewes's winter wonderland, just in case things don't go his way this week?

We might all have bushy beards by the time this case resolves itself. The original hearing was nine months ago and there have been countless other visits to this bunker since as this case wound its way through the BHA's disciplinary system before, at the final appeal stage, landing on the legal equivalent of that serpent in snakes and ladders that winds its way back to the very beginning again.

What comes next might not be new either, but it is still shocking. Paul John, sporting a sling for a broken collarbone and shoulder sustained in a farm accident, claims he was instructed by Best to stop two horses last December and talks in depth about the deceptions he says can be seen in the videos.

"Just on this bend here I'm going to pretend to give Echo Brava a slap down the shoulder, I knew the camera was here - there you go, show slap there. I've barely connected at all," he says, speaking confidently and using a laser pen to highlight the video.

"I'm following Mr Twiston-Davies, I'm trying to keep him behind him so he has no daylight to run into; just before the line I pull him out and give him a bit of a squeeze."

Jonathan Laidlaw QC, once again representing Best, argues the two rides were a result of ineptitude rather than deception. Supporting the argument, he presents a video of John sliding off a horse at Wincanton. John claims he had to lose 15lb in 12 hours to take the ride.

"I sat in a hot bath covered in baby oil, and I put four tablespoons of Epsom salts in a pint glass and drank that," he says, explaining the near-miraculous weight loss. Unprompted, John describes that as "stupid and unprofessional".

At the heart of Laidlaw's cross-examination is the suggestion that John did a deal with the BHA, a charge which John repeatedly denies. The hearing is told of conversations between John's camp and the BHA, conversations which included an indication of the likely ban for John should he testify against Best and safety measures for him and his family, such as liaising with police and providing panic buttons.

"There was no deal made," insists John. "I'm now an amateur. Making a deal would be to come back riding - I haven't ridden since I rode for Mr Best."

As in the first hearing, Laidlaw also seeks to undermine John's credibility, pointing to the sequence of short-lived jobs he had in racing (four in under two years) and alleged inconsistencies in his evidence, such as whether or not John likes a tipple.

He insists he consumes no more than a Scottish granny - "I don't drink. Maybe a sip of brandy at Christmas," he says - but Laidlaw triumphantly produces a Facebook-sourced snap of John in a group photo, apparently clutching a bottle of booze.

"How do you know that's my hand? There could be another person there," responds John, indignantly.

I suspect by the time this is over we will all need a drink.

FIRST PUBLISHED 7:12PM, NOV 21 2016
Just on this bend here I'm going to pretend to give Echo Brava a slap down the shoulder, I knew the camera was here