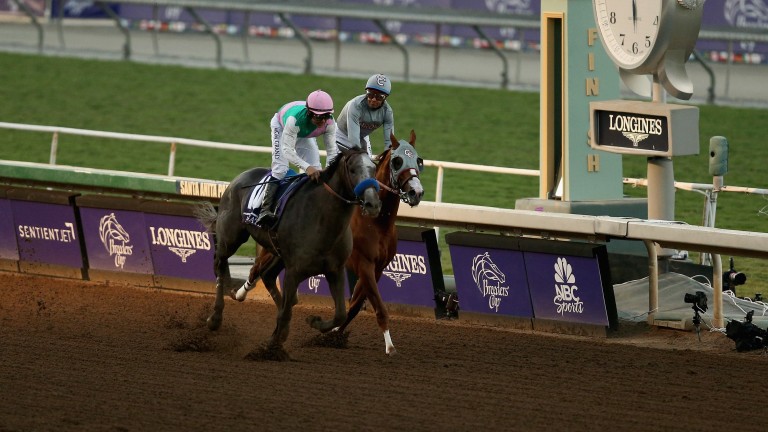 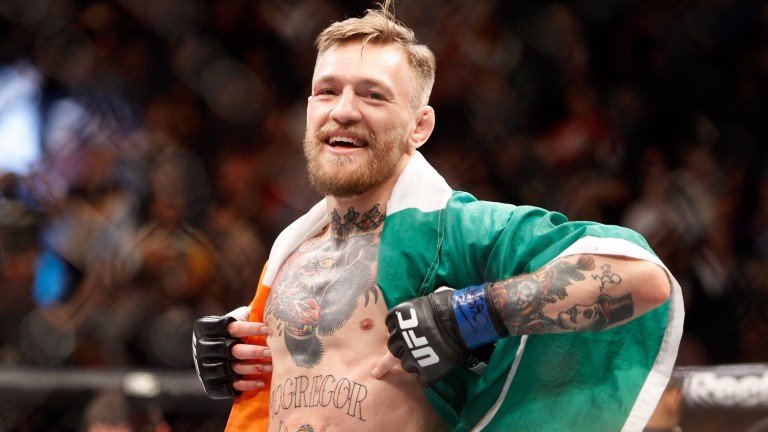 There must be something about Bob Baffert horses and celebrities.

First, supermodel and actress Kate Upton wanted to make out with the trainer's Triple Crown hero American Pharoah, and now Ultimate Fighting Championship legend Conor McGregor has got a piece of the action after meeting Breeders' Cup Classic winner Arrogate.

Dublin-born McGregor, a household name in the United States, was filming an advert with Hollywood comedian John Lovitz to promote the upcoming Pegasus World Cup, close to where Baffert trains.

"He was funny, quite a character," Baffert told the Racing Post.

"They were out here shooting a commercial next to my barn and we were talking horses and John Lovitz, who I've met before, wanted to see Arrogate and get a picture.

"McGregor's huge here and he's a decent guy. He knows how to promote himself well and you need that in sports. He reminded me of Frankie Dettori – he's the best of the jockeys and we need more personalities like him.

"He didn't know much about horses, but his buddies with him knew more and were talking about Coolmore and racing in Ireland."

While McGregor's knowledge of horseracing might not match some of his countrymen, Baffert confessed to being a fan of what goes on inside the Octagon.

"I've bought his fights before," the Hall of Fame trainer added. "I said, 'I know all about you, I've paid to watch'. I told him he was a savage and he started laughing. And when he saw Arrogate I said this is the McGregor of horseracing and he loved hearing that."

Arrogate's next run will be in the $12 million Pegasus World Cup at Gulfstream Park on January 28, when he is set to renew rivalry with the retiring California Chrome.

FIRST PUBLISHED 6:22PM, JAN 4 2017
He didn't know much about horses, but his buddies with him knew more and were talking about Coolmore and racing in Ireland