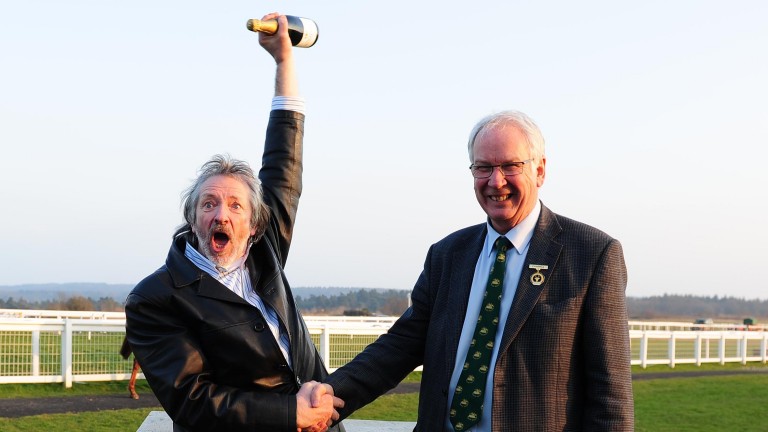 I only went racing as I had a free ticket - and I came away with £1.4 million
Punter Steve Whiteley looks back on his good fortune at Exeter ten years ago

Even in the summer with the sun on the back, he’s not happy. He prefers to be in training. That’s when he’s happiest. He loves that job. We're not going to be forced into retirement
Eddie O'Leary gives some mild optimism for the future that this may not be Tiger Roll's final season yet

Our absolute pride and joy was trapped in the lorry with his tongue lolling out. As his feet were leaning against the lorry's partition, Barry couldn't easily open it. He lives, sleeps and breathes horses, but particularly this horse. He rides him every day and has enjoyed the best days of his racing life with him. Suddenly, he found himself trying to get Paisley's head free so he could start breathing again
Emma Lavelle candidly speaks to Lee Mottershead about how her beloved Paisley Park came close to death in a terrifying incident in 2019

Before you know it you're thinking let's go for this, 'Let's try and buy this mare. We bought her at that Punchestown sale. Henry's point-to-point man picked her out, Peter Molony was happy with her. I wrote the cheque and it's probably the best hundred grand I've ever spent
Honeysuckle's owner Kenny Alexander recalls how a few drinks helped him make the greatest purchase of his life

As long as the ground's on the slower side, I think he goes there with a huge chance. I wouldn't swap him for another one
Richard Johnson remains bullish about Native River's chances in the Cheltenham Gold Cup

I don't fancy Colin and Joe. I'm 65 and it won't change anything. I'll still argue with him every morning. He deserves a go and you don't want to leave it too late in life. He's been doing a bloody good job
Colin Tizzard reveals the usual routines will not change after he told the Racing Post his son Joe will take over the reins from him next season

My heart was going 100mph four furlongs out and I was thinking he has a real chance. It was a big thrill. When I was riding a winner, I was just praying they were still on the bridle two furlongs out so I didn’t have to push very far
Rookie trainer Alice Haynes speaks of the emotions she went through after notching her first winner as a trainer on Friday evening

FIRST PUBLISHED 6:00PM, MAR 13 2021
I wrote the cheque and it's probably the best hundred grand I've ever spent