'I just fell off!' No conspiracy as contrite Cannon explains Plumpton mishap 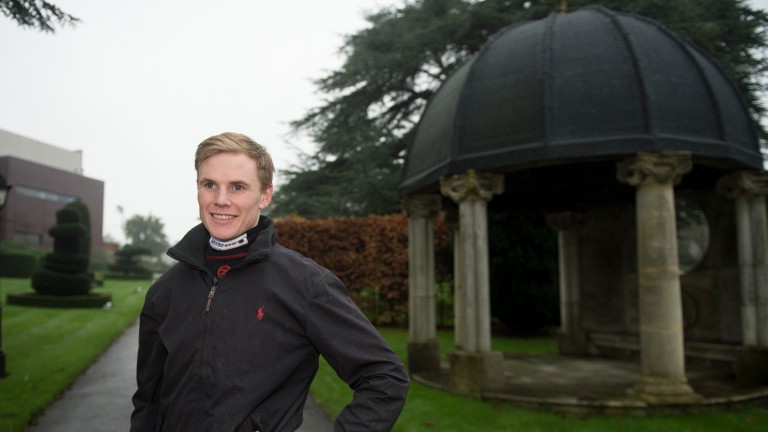 Tom Cannon on Monday blamed himself for falling off an odds-on shot when leading in the climax to a race at Plumpton the day before.

The 26-year-old confessed it was "embarrassing" after coming off just before the second-last hurdle when his mount Jumping Jack momentarily jinked away from the obstacle before correcting himself.

“I’ve watched it back and it gets worse the more times I watch it,” admitted Cannon, who said in a mea culpa on his Twitter account that he had been guilty of “s*** riding”.

He continued: “He went to duck out and I expected him to crash through the rail. I took corrective action and braced myself but the horse straightened up and decided to jump it and I came off.”

Anyone wondering about jumping jack yesterday, yes it was shit riding, no one more disappointed than myself in letting the side down. Is it a conspiracy, no. Am I injured yes. Unfortunately just fell off when I shouldn’t have done!

Chris Gordon, trainer of Jumping Jack, absolved Cannon of any blame, a view supported by Plumpton’s stewards, who concluded in their inquiry that the four-year-old had ducked left-handed on the approach to the hurdle, causing Cannon to become unbalanced and unseated. No action was taken.

Cannon said: “I’ve had people on social media saying I jumped off. But racing isn’t like a Dick Francis novel. I just made a mistake and there’s no point glossing over it. It’s just embarrassing.

“It’s probably worse for Chris [Gordon] and particularly the owners, who were there hoping to have a winner.”

Watch the replay here, with full result and analysis

The incident in the 2m maiden event means Jumping Jack is still winless after nine attempts over hurdles, having finished second five times. Cannon said: “He chucked a race away himself at Kempton and now I’ve chucked one away for him.”

Cannon had to give up the rest of his rides when aggravating a back  injury in his fall.

The Guildford-based rider, who has racked up more than 150 wins and been top jockey at Fontwell twice, said: “I got injured at Kempton and was in agony afterwards. I could barely get out of bed. I got myself back for Plumpton but I probably need another few days now to get myself fighting fit again.”