International THE TRUE SELF STORY

David Jennings talks to the team behind the fabulous True Self 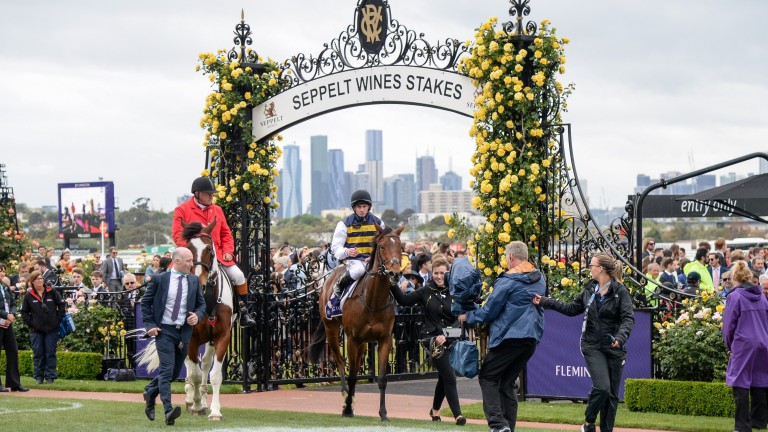 True Self: Ryan Moore returns after winning the Queen Elizabeth Stakes at Flemington
Racing Photos
1 of 1
UPDATED 11:24AM, DEC 7 2019

From the roof of a south Dublin house to scaling the heights of top staying events around the world – the True Self story is a tale that simply has to be told.

It all began back in November 2016 after a newcomer by Oscar, trained by Don Cantillon, caught the eye of Paul Byrne after finishing second in a Warwick bumper. He convinced Patrick Mullins to go halves with him and the pair snapped up the filly for £20,000.

True Self arrived at Closutton but Willie Mullins was not impressed with what he saw.

"I hope to God you've nothing to do with that filly," said Ireland’s champion jumps trainer after she stepped off the lorry. His petrified son replied with a porky, stressing he had no share in the unflattering filly. 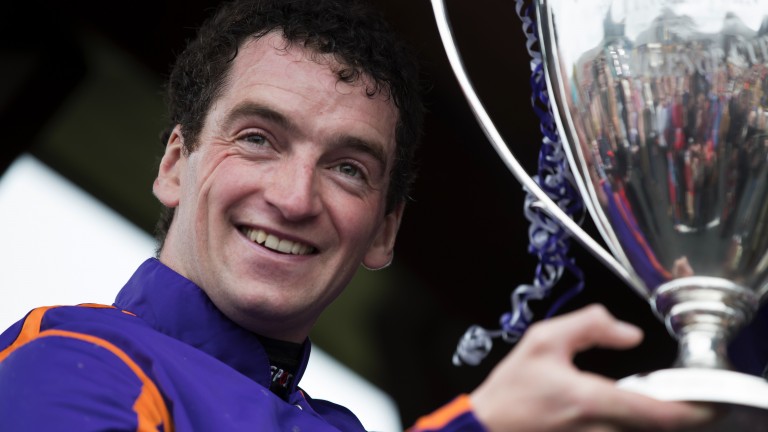 Patrick Mullins: petrified when his father Willie Mullins first set eyes on True Self, in which his son had taken a half-share
Patrick McCann (racingpost.com/photos)

"Only for the roof of Paul Byrne’s house was banjaxed, none of this would have happened. I went to fix the roof and came out of the house with a horse," explained Eager.

The horse in question has turned out to be no ordinary horse. True Self has won nice races, most recently the Queen Elizabeth Stakes at Flemington during Melbourne’s Spring Carnival, and is a leading fancy for the Longines Hong Kong Vase. Willie has never been so happy to be wrong.

"Myself, Conor Duffy and Herbie Stephenson set up the Three Mile House Partnership and we have been absolutely blessed with a filly who has taken us all over the world. This is the stuff that dreams are made of. Sure, it’s unbelievable," says Eager after stepping off the plane at Hong Kong International Airport.

Eager is spending a lot of time in the air these days. Since June True Self has taken him to Haydock, York, Geelong, Flemington and now Sha Tin. She has earned £309,518 in prize-money and earned a crack at Sunday’s Group 1.

"I'm only back from Australia and now I’m in Hong Kong. I hate flying as well. I’m not a great traveller," laughs Eager.

If you thought this story could not get any better, it does. The hugely popular Andrew Gemmell of Paisley Park fame is a part-owner for the big race on Sunday as OTI Racing leased half of the filly for her trips to Australia and Hong Kong.

Gemmell has got the magic touch. He is trying to complete a remarkable hat-trick after Paisley Park won the Long Distance Hurdle last Friday week and De Rasher Counter took the Ladbrokes Trophy the following day at Newbury.

Eager is still pinching himself and feels as if he has won the lottery with True Self.

True Self: the mare, described by owner Neville Eager as a "freak", runs in the Hong Kong Vase
Alain Barr

"It feels like I went into a shop that day I was fixing the roof to buy a lotto ticket and all my numbers came up. They will have to write a book about her," Eager says.

That book would be an even better read if True Self could beat the Derby winner Anthony Van Dyck and defending champion Exultant in the Vase. Eager might be living the dream, but he is a realist.

"She can do anything. She has never let us down on good ground and she has been working well, but I know that this is a big step up in class for her. It’s a hot race, but she’s a freak. She'll need to be a freak to win it.

"If she does win it, we’ll be celebrating in Murphy’s pub in Ballymore Eustace for months. That’s where the party will be."

Is there room for one more at the party, Neville?

FIRST PUBLISHED 11:00AM, DEC 7 2019
It feels like I went into a shop that day I was fixing the roof to buy a lotto ticket and all my numbers came up

Hong Kong tips: JA McGrath with three bets for Sha Tin's Sunday card My Sister Sarah and Metaphorical contribute to Wayne Lordan's treble Willie Mullins names the five horses he plans to take to Royal Ascot next week McMahon shows it's not a long way from Clare to here with determined success Ascot and Galway could beckon for Arcadian Sunrise after impressive success