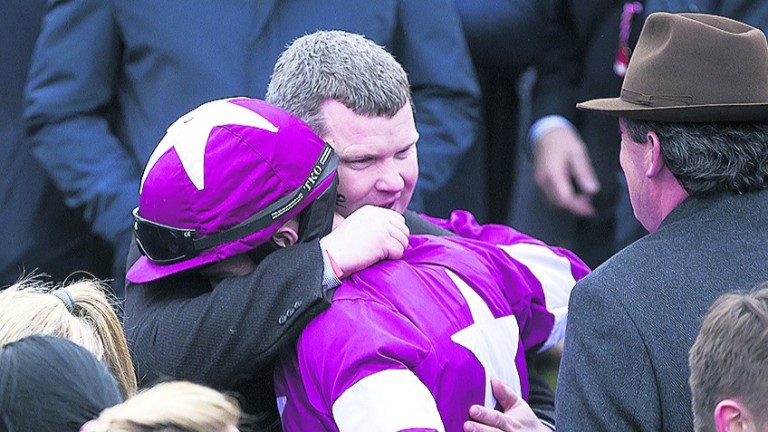 Growing up I always wanted to win a Gold Cup. I rode more Gold Cup finishes on the arms of the couches at home than any other race going, and I have Don Cossack to thank for making my dreams become reality.

I will always be grateful to the horse, Gordon and Michael and Eddie for giving me the opportunity to ride a Gold Cup winner. It was a special day that I will remember forever.

Gordon always felt he was dealing with a Gold Cup horse from the start and he never rushed him. I think Gordon placed him remarkably well. He didn’t throw him into the deep end as a second- season novice and gave him the extra year before tackling the Gold Cup. I think that turned out to be a hugely positive move for the Don as he had that extra year under his belt.

I always felt he could become a Gold Cup type but that spring campaign in 2015 confirmed to me we had lots to look forward to the following season. He did it very well in the Melling Chase at Aintree before romping home at Punchestown and I spent the whole summer itching to ride him again.

He was just so classy. He was about 10lb or 12lb better on better ground but he got away with it when the ground was soft or heavy through natural ability. His most impressive performances were on better ground, without a doubt.

Just thinking back to his fall in the King George, for Gordon to then get him cherry ripe for the Gold Cup has to go down as a brilliant training performance. Gordon made a ballsy decision in bringing him to Thurles for his prep race and getting a confidence-booster into him as he didn’t think he should go to Cheltenham on the back of a fall.

I arrived at Cheltenham with loads of confidence in the horse and I knew we were the ones to beat. For it to unfold exactly as I had planned was pretty special and he was electric on the day. He was a hell of a horse and he will be missed on the track.