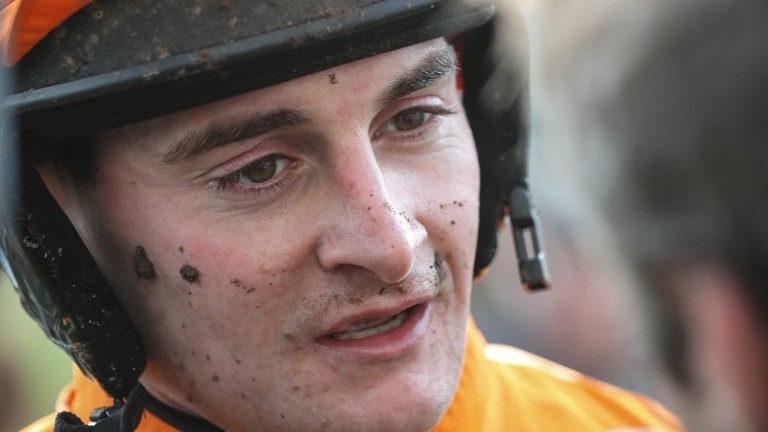 Jump jockeys, eh? Henry Brooke thought he was being "soft" by giving up his rides and driving himself to hospital after a schooling fall – only to find he had broken three vertebrae in his neck.

He is set to be out of action until at least March, after an incident that was just inches away from leaving him paralysed.

Brooke, who turned 30 last month, suffered the fall when schooling at Oliver Greenall's yard in Cheshire.

"I didn't think it was that serious," he said. 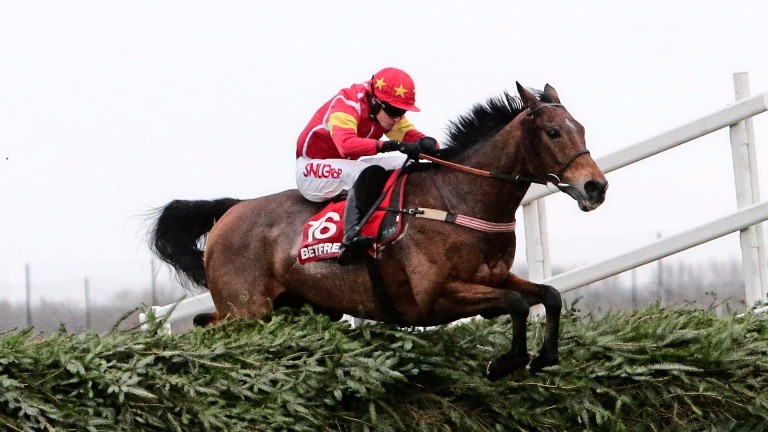 "I thought I was being a bit soft. I debated going to Hereford to ride and I thought I'd better not, just to be safe and I drove myself to hospital. It's a good job I did!

"I've broken three vertebrae in my neck. Two are not really anything to worry about but one I've been very lucky that it hasn't slipped or I could have needed an operation. I've also broken two vertebrae in my back.

"So I've got to be in a neck brace for six weeks, then they can start the rehab. I'd say I won't be back on a horse before the end of February. If I can get back for March I'll be lucky."

His latest injury comes just over four years after Brooke had to be placed into an induced coma after a frightening fall at Hexham which left him a punctured lung, internal bleeding, multiple rib fractures and a busted shoulder.

"I'm gutted that whenever things seem to be picking up, something comes along to slow you down," he reflected. "The season I had that other fall I was going well and had ridden 23 winners by October and this time I'd ridden nearly 20.

"But I'm very lucky I've been able to walk away from this. A few inches different and I would have been in a wheelchair. I'm lucky to be able to think about getting on a horse." 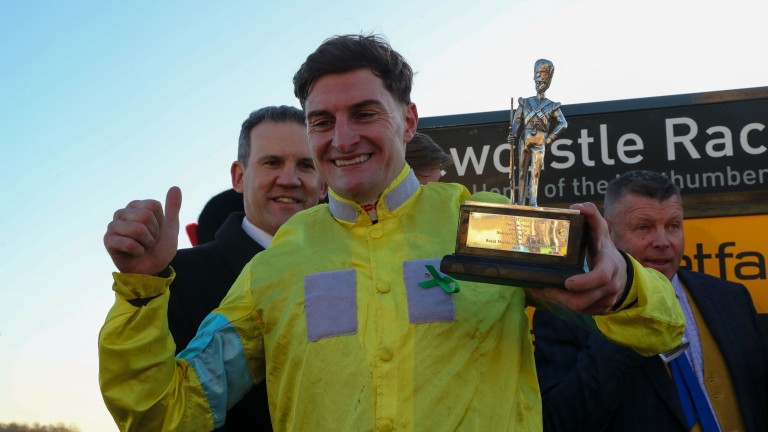 During his rehabilitation, Brooke hopes to be able to help his younger brother Danny, 22, who has just launched his training career by taking over the licence at their mother Julia's yard in Middleham.

He will also be working to maintain his lower-body fitness and said: "It's never an ideal situation but I enjoy going to Jack Berry House, they're great people and I'm looking forward to testing my body and seeing how soon I can get back."

Brooke, who was champion conditional jockey in 2011-12 and rode his first Grade 1 winner on Cornerstone Lad in the Fighting Fifth Hurdle at Newcastle last season, added: "I've got another ten or 12 years in me and in ten years I'll look back on this and think it was nothing to worry about.

"I said at the beginning of this year that I wasn't going to let a horse get me down, whether it was riding it, not riding it or what. You pick yourself up and move on. Things could be better but they could be a damn sight worse."

FIRST PUBLISHED 11:30AM, NOV 21 2020
A few inches different and I would have been in a wheelchair. I'm lucky to be able to think about getting on a horse