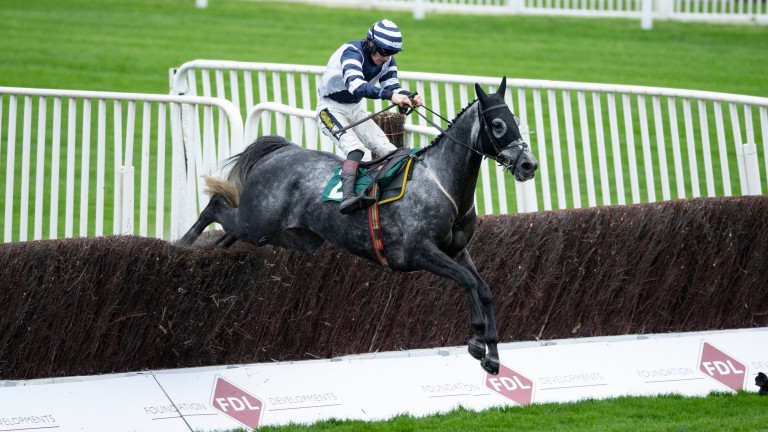 The sky looked the limit for Al Dancer after he comfortably landed the 2019 Betfair Hurdle for Nigel Twiston-Davies, but he has only won two races since.

Both were over fences and both were four-runner events. However, we know he's suited by a fast pace in a big field and there is still time for him to secure another big prize.

Now with Sam Thomas, the eight-year-old Al Dancer has delighted his new trainer in the build-up to this prestigious event.

"I couldn't be happier with the horse and I'm obviously excited to have a runner in such a big race," Thomas said.

"He's in top form and he stays very well, which is what you need for a Paddy Power. There's every suggestion he will get further.

"Al Dancer ran well to finish third in the race last year and he's obviously retained plenty of ability. There will be no excuses other than it's a top, seriously competitive race."

Caribean Boy 'has got a squeak'

Caribean Boy has long looked the right type for a Paddy Power, but the Cheltenham Grade 3 has not necessarily been the big plan.

In fact, connections would have run him last Saturday in the Grand Sefton at Aintree had his regular partner Daryl Jacob, who had to go to Wincanton to ride Sceau Royal in the Elite Hurdle, been available. 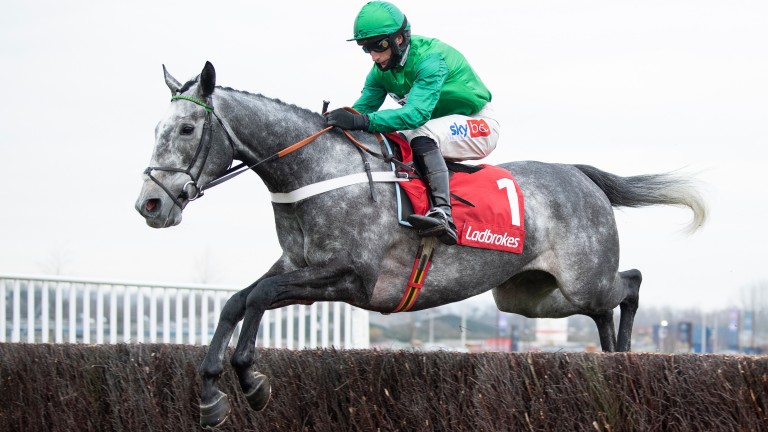 Caribean Boy and Daryl Jacob will be back in harmony at Cheltenham
Edward Whitaker (racingpost.com/photos)

Anthony Bromley, racing manager to Caribean Boy's owners Simon Munir and Isaac Souede, said: "It's a very tough race and you need a lot of luck to win a Paddy Power.

“Nicky [Henderson] has been happy with the horse and he didn't run too badly in at the festival in a similar sort of race [finished seventh in the Plate].

"He got behind that day after the false start and didn't disgrace himself. He's got a squeak, but it's a big ask. He could run really well and only finish sixth; that's how tough this race is."

Keith Melrose: why tactics will be crucial in a finely balanced Paddy Power

Paul Nicholls, trainer of Simply The Betts and Lalor
Both are new to me this season and both have done lots of work and look great. Lalor had a wind op when he first came. He was pulled up on his last two runs and we need to get that behind him. If he runs as well as he looks he'll go well. Simply The Betts is probably high enough and hasn't run for a long time, but we've got him very fit and well.

Fergal O'Brien, trainer of Paint The Dream
Another year he probably wouldn't be going there because I think, to win a Paddy Power, you need to be 8lb or 10lb well in, and I'm not sure we're that. But it’s going to be good ground this year and he'll love that. He’s got form on the track. If he can just get into a rhythm then he can grind them into the ground. The horse is so well. It's worth taking a punt.

Sue Smith, trainer of Midnight Shadow
He's come out of his Aintree race well and hopefully he can go to Cheltenham and run another good race again. We've got him in the best form we can have him in.

Philip Hobbs, trainer of Zanza and Dostal Phil
Dostal Phil seems in very good form. Two and a half miles suits him very well. I hope he has a decent chance. Zanza is four pounds well in after his third in the Haldon Gold Cup so, in effect, we've rather been forced to run him. He's very well.

Evan Williams, trainer of Coole Cody
It was fantastic that he won the race last year and not many win two, so we'll be delighted if he runs well. It's a tougher assignment this year. He's a few pounds higher and it's a very deep race. It looks very, very competitive, as it should be.

Denis Hogan, trainer of Funky Dady
He's been running well all year. It's probably a longshot but he's tough and hardened, has a nice weight and is in super form. Like plenty of them, he'd appreciate any rain. We'd be delighted if he could get into the prize-money.

1.40 Cheltenham: 'I don't have him in the Arkle picture' – just how good is Third Time Lucki?

2.50 Cheltenham: is there a Mrs Milner lurking? Festival clues on offer again for Listed contest

3.25 Cheltenham: Murphy and Skelton hotpots all the rage but dangers lurk in tough handicap

3.40 Lingfield: how do Group 1 winners fare on the all-weather? Here's the definitive answer

Racing Post to sponsor next week's December Gold Cup at Cheltenham Confidence for Reprieve repeat bid in Welsh National despite lack of prep run Why on earth hasn't the British public embraced Sunday racing like the Irish?