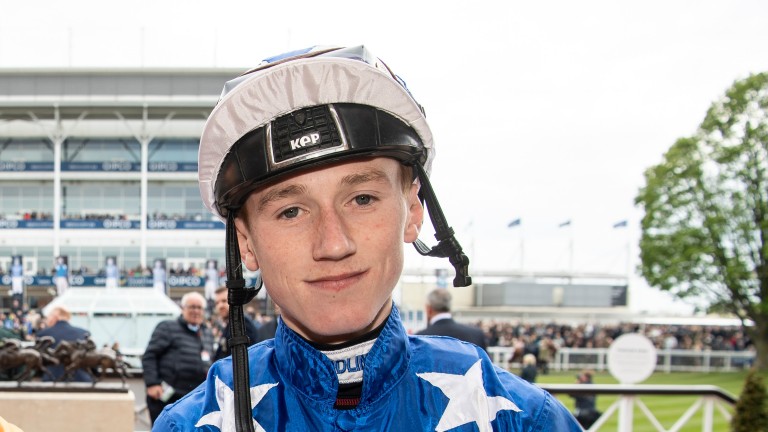 David Egan was six when his dad John rode in the Investec Derby and now gets the chance to have a go himself after getting the call to partner Gold Maze.

The 21-year-old is one of six jockeys having their first ride in the Classic.

Egan, who partners unbeaten filly Fooraat in the Princess Elizabeth Stakes 40 minutes before the Derby, has not ridden at Epsom before on the day of the race.

"I can't wait," said Egan. "It was a nice phone call to get to say I might have a chance to ride in the Derby and when it was confirmed I was over the moon.

"I’m very lucky to be in the position I’m in, all thanks to the owners [The Long Wait Partnership] and Mrs Harrington for having the confidence in me to give me the leg up. 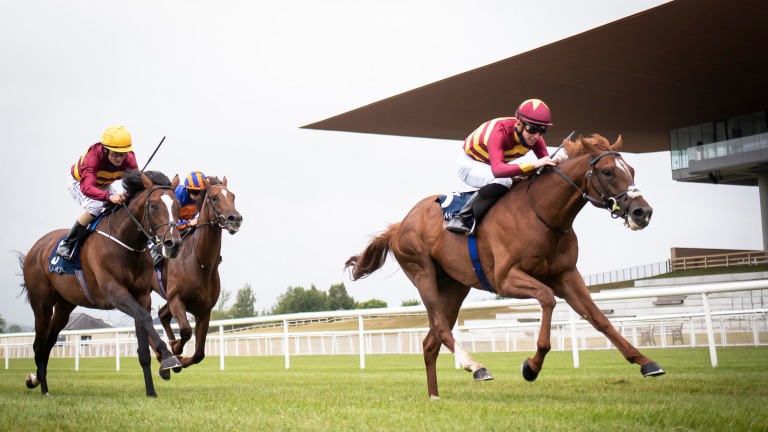 Gold Maze (left) was second in the Gallinule Stakes last month before he finished sixth in the Irish Derby
Patrick McCann (racingpost.com/photos)

“I haven’t spoken to connections yet, but the horse is by Golden Horn, which is a good start, a Derby winner himself. He’s got good form in pattern company and he didn’t run a bad race when beaten eleven lengths in the Irish Derby last week so hopefully he’ll run a good race."

Egan was a six-year-old when his dad John had his only ride in the Derby, finishing 16th on 150-1 chance Snoqualmie Boy in 2006, but he recalls watching the race every year on the BBC and Channel 4 as a child.

“Growing up I always watched Channel 4 and BBC racing when it was on and obviously it was one of the big highlights of the year," he said. "I watched it every year and all the great horses over the last ten years I’d remember, before then I probably wouldn’t remember it. From Sea The Stars onwards I can remember them all."

They are all hoping to emulate the three riders this century to win the Derby on their first attempt – Padraig Beggy (Wings Of Eagles), Mickael Barzalona (Pour Moi) and Kevin Manning (New Approach).

Read more on the Epsom and the Derby debutants here:

FIRST PUBLISHED 10:01AM, JUL 3 2020
It was a nice phone call to get to say I might have a chance to ride in the Derby and when it was confirmed I was over the moon