Latest BLAST FROM THE PAST 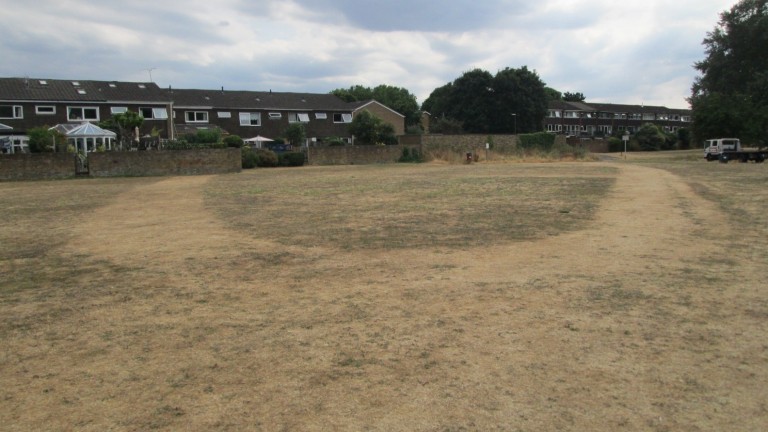 Hurst Park, where the lines of the old pre-parade ring has become visible during the dry spell
Stewart Nash
1 of 1
By David Baxter UPDATED 2:44PM, JUL 21 2018

As Britain sweats through its longest heatwave in more than 40 years, the lush green countryside of the country has become parched and brown.

One of the side-effects of this transformation has been the revealing of some historic sites. Lost for years, or even centuries, outlines of old gardens, airfields and even towns have emerged thanks to the prolonged dry spell.

Among the sites to re-emerge is part of Hurst Park racecourse in Surrey, closed since 1962 and the original home of the Triumph Hurdle.

Racing historian Stewart Nash found the site of the old pre-parade ring, which can be clearly seen in his photo.

Nash said: "Just under half of the course was developed for housing and retail with the remainder laid out as public open space.

"The undeveloped areas still provide some evidence of the former course, but the recent spell of very dry weather has revealed the layout of part of the parade ring and pre-parade ring that has remained unseen for 56 years." 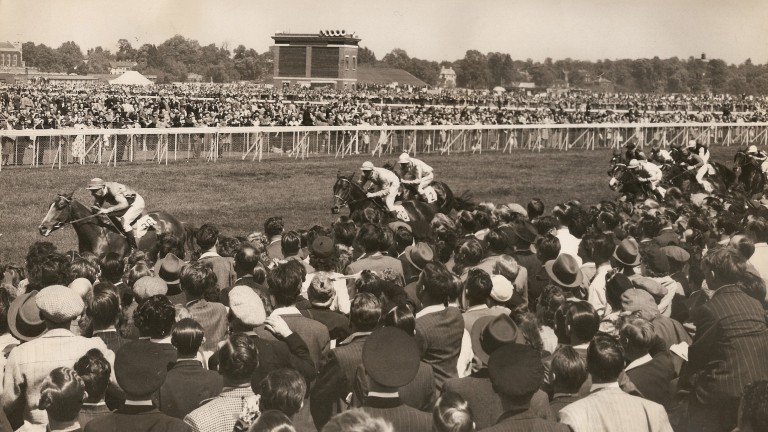 The pre-parade ring will remain visible until the weather takes a change for the wetter.

Nash adds: "Once the rains come the grass will grow and the path trodden by such famous horses as Colonist II, Monaveen and many others will disappear once more under the surface."