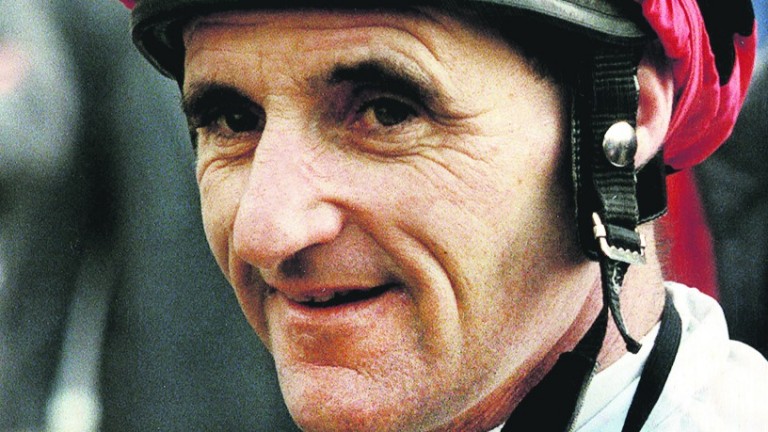 More than 500 people gathered on Monday at the historic St Mary's Priory Church on the northern edge of Malton to pay their respects to former leading jockey Mark Birch, who died in October aged 67 after a short illness.

Well before the appointed hour, the old stone building was crammed inside and out with friends, relations and most of all racing people, both from the current era and from the 1980s and 1990s, including many former and now retired colleagues of a rider who was seven times cock of the north as the leading jockey in the region.

The eulogy was given flawlessly by his widow Joyce, who met him in 1968 and married him a year later. She recalled how at school the young Birch went for an interview with his careers' master, who asked him what he intended doing with his life.

"He told him he wanted to be a hairdresser," she told the packed congregation.

"The reply," she said, "was that he was too small to be a hairdresser, so why not try to become a jockey.

"So the youngster was dispatched to Newmarket to be apprenticed to Geoffrey Brooke. Rides were few and unsuccessful, and when Brooke retired one of his co-workers advised him to try to continue his apprenticeship with Mr [Peter] Easterby at Great Habton in Yorkshire. He remained there for 29 years until he retired."

She recalled how Birch found life in rural Yorkshire somewhat different from Newmarket, saying: "On his first day he turned up for work in jodhpurs, polished boots and a smart short back and sides haircut, only to find the rest of the lads were in jeans and Wellingtons with hairstyles like The Rolling Stones. From that day he was nicknamed Archibald, and the name Archie stuck with him for the rest of his career."

She said that her husband was a brilliant father and great grandfather, but that he knew how to play as well as ride. She told the tale of how one evening when staying up for Newcastle he and room-mate George Duffield decided to race stark naked to the hotel's ice machine.

Disaster struck, for just after they began two elderly women came out of the lift. Birch managed to get back to the room but left the luckless Duffield embarrassingly trying to protect his modesty.

Duffield was in the congregation along with former jockeys Philip Robinson, John Carroll, Dean McKeown, Kevin Darley, Dale Gibson, Edward Hide, Bruce Raymond, Colin Tinkler and John Lowe, as well as a host of current riders, nearly all the trainers from Malton and several from other parts of Yorkshire, and of course Peter Easterby, whose partnership with Birch was legendary in northern racing circles.

FIRST PUBLISHED 4:56PM, OCT 31 2016
On his first day he turned up for work in jodhpurs, polished boots and a smart short back and sides haircut only to find the rest of the lads were in jeans and Wellingtons with hairstyles like the Rolling Stones