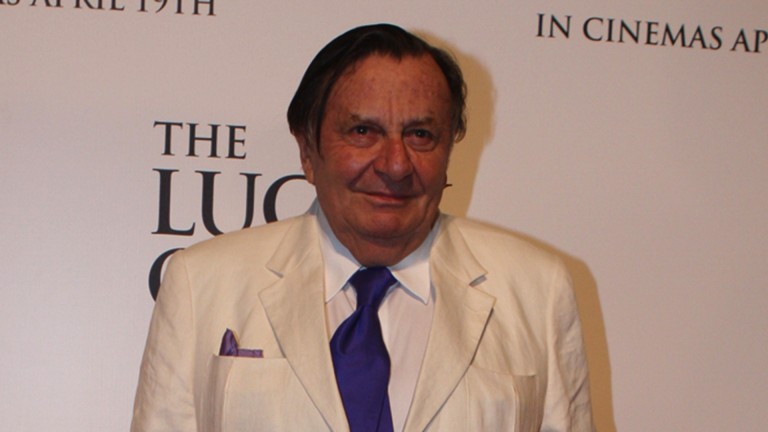 Barry Humphries has been cast in a supporting role as his wife attended her first horseracing meeting as an owner.

The international comedy star, better known as among others Dame Edna Everage, accompanied wife Lizzie Spender in the Warwick Farm mounting yard to watch Dante Rossetti, a three-year-old she part-owns, make his debut.

It was a dream come true for Spender, who grew up in London wishing of owning a hobby horse and being fascinated with racing.

But for Humphries going to the races was a new experience.

"My wife loves horses, she rescues horses from the outback, some beautiful brumbies and I've come around to them," he said.

The 83-year-old doesn't describe himself as a betting man but admitted to having a flutter on his wife's $61 outsider.

"I gamble on myself and I always win but anything else not so lucky," he joked.

His statement proved to be on the money.

Dante Rossetti, trained by Gai Waterhouse and Adrian Bott, led from the gate but faded in the straight to beat one runner to the finishing post.

FIRST PUBLISHED 4:38PM, AUG 2 2017
My wife loves horses, she rescues horses from the outback, some beautiful brumbies and I've come around to them