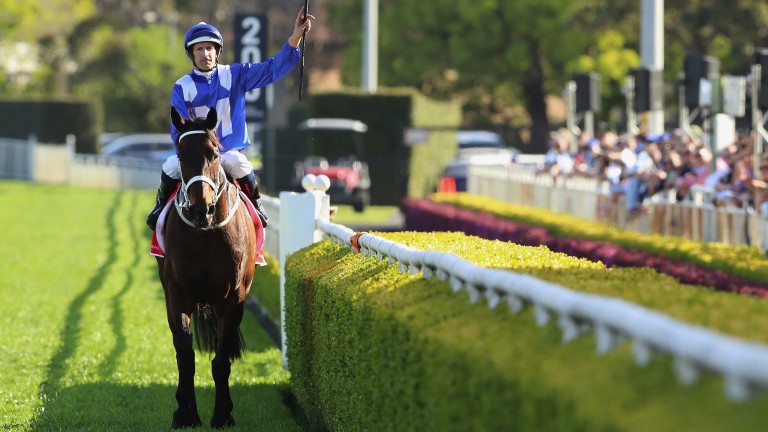 Hugh Bowman, the jockey synonymous with Winx, says the champion mare transcends generations and Australia is unlikely to see another horse like her in his lifetime.

The star Chris Waller-trained mare made it 27 wins in succession and 20 Group 1 victories when winning the Group 1 Colgate Optic White Stakes (registered as George Main Stakes) at Randwick on Saturday.

Winx, the 1-10 favourite, exerted her authority in the last furlong to defeat Le Romain by four lengths, with Egg Tart another short-head away in third but Bowman admitted to a few anxious moments turning into the home straight.

The jockey said the strong tempo, which was set by stablemate Religify, had contributed to her needing to chase earlier than he had planned.

“It’s the first time I have niggled her around the corner in a 1600-metre race but I guess that’s [due to] a couple of things. The pace we were going and the class of horses she races against, they are the best in the country,” Bowman said.

Winx surpassed unbeaten mare Black Caviar's record of 25 wins last month but Bowman was reluctant to compare the pair or those from past generations such as three-time Melbourne Cup heroine Makybe Diva.

“We’ll be lucky to see another one like her, while I’m alive anyway, I think that is a given. How lucky I am to be involved with such a horse.”

Waller said Winx’s ability to sustain a long run and quicken when required again came to fruition late in the race.

“If you expect to win races at the 300 metres everytime you will probably come off second best but it was a well judged ride by Hughie.” 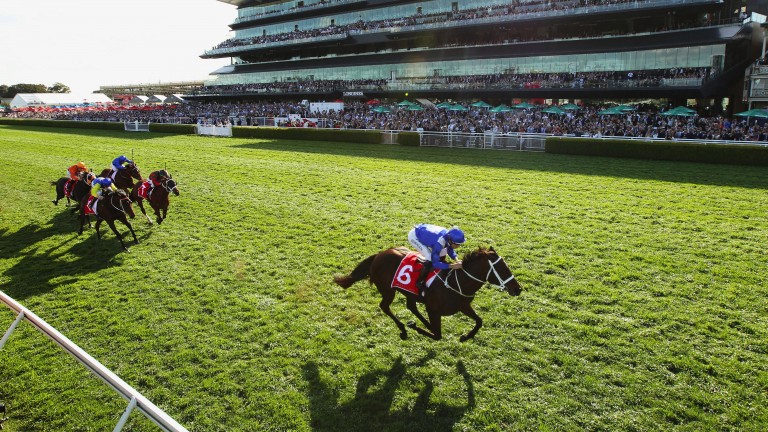 Waller said the Turnbull Stakes at Flemington on October 6 looms as Winx’s next start and final lead-up to her attempt at a historic fourth Cox Plate win.

“We're thinking about a Cox Plate obviously and the best way is to take it one run at a time,” he said.

“I would say it will be in Melbourne but we will enjoy today and talk about it next week, it will be no great surprise I am sure but if we do change it will be for a reason and that reason is the horse comes first.”

Winx, who has now won 31 of her 37 starts with three seconds for prize-money of A$1,9577,425, has won the past three George Main Stakes on her way to winning the Cox Plate at Moonee Valley.