HRI chief: we sympathise with trainers but quality is key 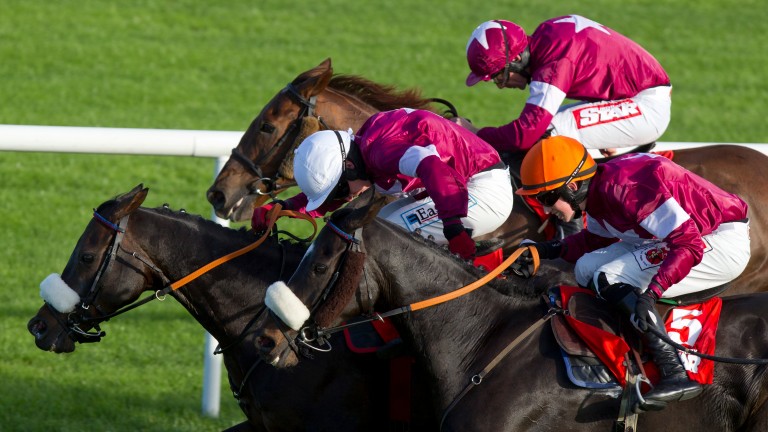 Gigginstown have all but one of the entries in the Grade 3 novice chase at Naas on Sunday
Patrick McCann
1 of 1
By Brian Sheerin 6:08PM, MAR 9 2017

Brian Kavanagh says he can sympathise with trainers who feel they are competing in an extremely competitive environment.

But the chief executive of Horse Racing Ireland believes there are reasons why Gigginstown are responsible for nine of the ten entries in a Grade 3 novice chase at Naas on Sunday.

The only non-Gigginstown entry is Oscar Knight, trained by Thomas Mullins for JP McManus.

Kavanagh said: “I can understand fully the feelings of trainers who are competing in this environment – we're being told time and time again that it’s very hard to win a race in Ireland. But that's a specific policy we set out to achieve, both on the Flat and over jumps, as we want to put an emphasis on quality.

“The race in question at Naas may be an exception. We look at races at the end of each year and check if there’s a log jam in the programme.”

Gigginstown won the contest 12 months ago with Sub Lieutenant, who beat their Tell Us More into second, while the maroon and white was also carried by Rule The World back in fourth before he went on the win the Grand National. 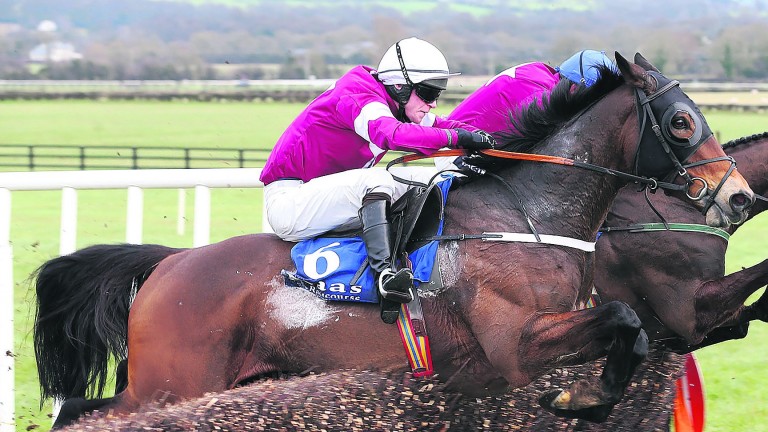 Sub Lieutenant: no Un De Sceaux to worry about this time
CAROLINE NORRIS
Of their domination, Kavanagh said: “It's another race that reflects the strength of Gigginstown. Down through the years, horses who were not going to Cheltenham or who had other spring targets, were aimed at this. It has been won by classy horses like Flemenstar and Zaarito."

Not unaware of the dynamics, he added: “The difficulty with a race like this though, two days before Cheltenham, is that a lot of the novices trained here will have Cheltenham targets and that may be the case this year, meaning Naas has missed out.

"Perhaps last week's novice chase at Leopardstown has had an impact as well.”

Kavanagh added: “The races are there for everybody to enter. Overall you try to balance things and provide a programme that caters for everyone, but we deliberately put on a competitive programme that will benefit Irish racing.”

Naas general manager Tom Ryan said: “It's certainly unique to have nine out of ten horses owned by one owner. We're looking forward to the race as there are plenty of good horses entered, regardless of who owns them.

“This card has changed since 2009 and we'd like to think it will be viewed as a track working closely with HRI to provide a good, all-round card."

He added: “This meeting has been constructed for horses who are not going to Cheltenham and also stages the richest-ever jumps race at Naas, the Ladbrokes Leinster National. As a whole, it has done a lovely job and has been a stepping stone for some nice horses.”

FIRST PUBLISHED 5:45PM, MAR 8 2017
It's a specific policy we set out to achieve, both on the Flat and over jumps, as we want to put an emphasis on quality