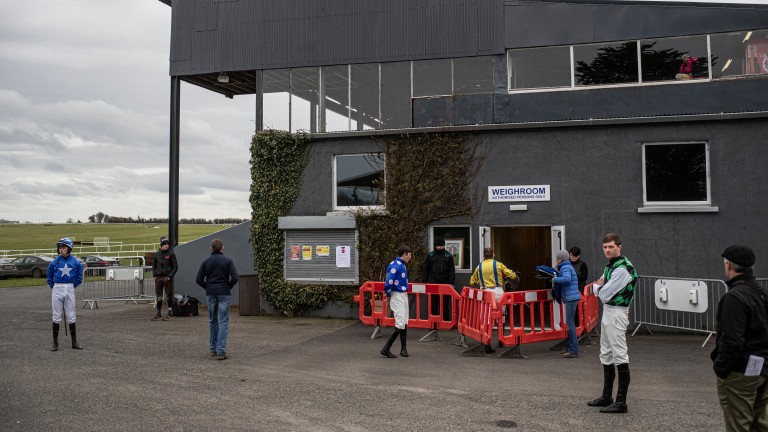 Irish racing: worth around €2 billion to the economy and provides more than 15,000 jobs
Patrick McCann (racingpost.com/photos)
1 of 1
By Brian Sheerin UPDATED 6:51PM, MAY 2 2020

Horse Racing Ireland officials are anxiously seeking clarity from the government about when racing will be able to resume behind closed doors having been left in the dark by Taoiseach Leo Varadkar's address to the nation on Friday night.

Initially it looked as though there were encouraging signs for an early resumption of racing in Varadkar's speech, with some outdoor activities and sports set to begin in the first phase of lockdown relief, scheduled for May 18.

However, in a roadmap for the phased reopening of sectors and activities that was published soon afterwards, it suggested there would be no behind-closed-door sports in Ireland until June 29 at the earliest.

The racing industry has an estimated worth of €2 billion to the economy in Ireland and provides more than 15,000 jobs. 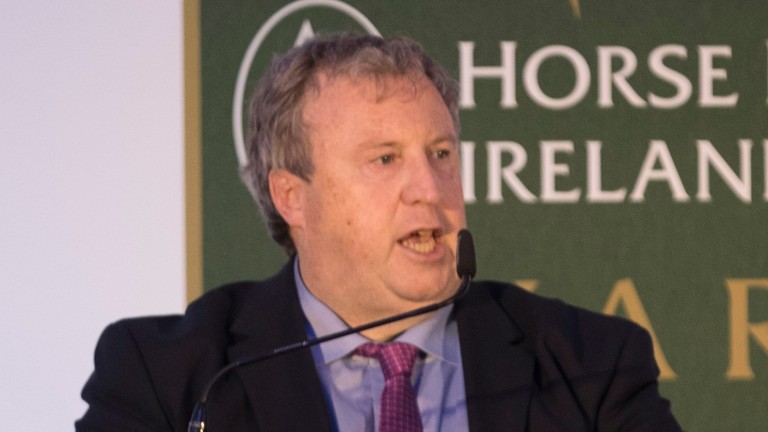 HRI is understood to have been caught unawares by the suggestion that racing finds itself in phase three of that roadmap, which specifically states that sporting events behind closed doors will not be permitted until the end of June.

Officials are understood to have spent the intervening 24 hours lobbying the government, as a further two-month suspension of racing would put the racing and breeding industries under immense pressure.

Brian Kavanagh, chief executive of HRI, was unavailable for comment on Saturday, but one key industry stakeholder, who asked not to be named, was cautiously optimistic that a delay of racing's resuming in Ireland until late June was not a done deal.

It was also suggested that, because racing was not explicitly mentioned in the roadmap or in Varadkar's speech, it provides the sector with some wriggle room in terms of a return date.

HRI was previously under the impression that racing would be one of the first sports to benefit from any easing of restrictions. While there are growing concerns that the industry finds itself in phase three, which would see the first four Classics pushed back, it now seems there will be no confirmation from the government until early next week. 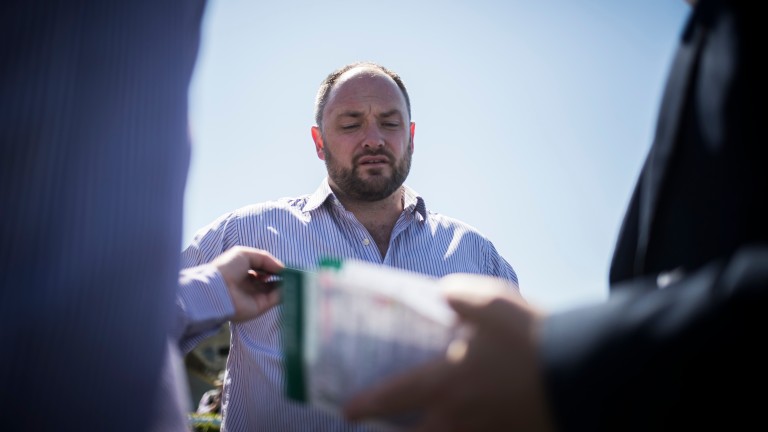 John McConnell: "How have we a situation that, 24 hours after Leo Varadkar has made his speech, we still don’t know what's going on?"
Patrick McCann

Given how finely balanced the situation is, many stakeholders declined to comment on the record. Nonetheless, trainer John McConnell accused HRI of a lack of transparency on the matter.

"How have we a situation that, 24 hours after Leo Varadkar has made his speech, we still don't know what's going on," McConnell asked. "Even 12 hours is too long. If anything, we should have known beforehand."

McConnell added: "We have been given no guidelines, really, since March 24, and we have been feeling our way in the dark trying to keep horses going as well as trying to convince owners that there is light at the end of the tunnel. I don't think too many people will be able to continue until the end of June. That would be an absolute disaster."

FIRST PUBLISHED 6:38PM, MAY 2 2020
HRI is understood to have been caught by surprise over the suggestion that racing apparently finds itself in phase three of that roadmap