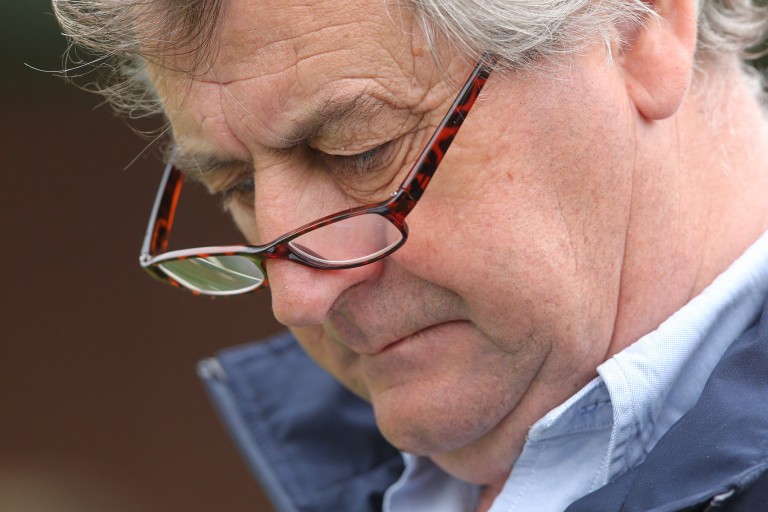 Trainers struggling to make the game pay have welcomed changes to the jumps programme announced on Friday by Horse Racing Ireland, alterations aimed at improving opportunities for middle- to lower-grade horses.

The plans, which will cover the summer programme from May 1 to October 1, include the running of 20 higher-value middle-tier handicaps – 14 hurdle races and six chases – with an increased value of €15,000. These contests will have a ratings cap of 109 or 116.

Among those welcoming the initiatives was Tony Mullins, who recently criticised how jump racing in Ireland was becoming the preserve of a few big-name owners and trainers.

Step in the right direction

Mullins said: "The plans are definitely a step in the right direction and show HRI is making an effort on behalf of trainers and owners of lower-grade horses to improve their chances of running horses with a chance of winning.

"It's definitely good news and it's nice to see HRI are listening to our complaints, although, to quote our former Taoiseach Bertie Ahern, it's a case of "a lot done but more to do."

Fellow trainer Ross O'Sullivan said: "I haven't had time yet to read through all the proposals but they certainly sound like positive moves, and it shows HRI are aware of the situation many of us are in.

"It's definitely worth a try. I'm sure it will be a trial and error experiment and that some of the ideas will work and some won't. But it's a step in the right direction and shows HRI are trying to help the situation."

Noel Meade, chairman of the Irish Racehorse Trainers Association, added: "I'm glad to see that HRI is making an effort to try to improve the lot of everyone."

"They are designed to ease the progression of horses through the system in National Hunt racing, to provide more competitive options for middle- to lower-tier horses, and to offer additional higher value opportunities in the race types where the majority of owners and trainers compete."

He continued: "HRI recognises it is a very challenging economic environment for many trainers.

"HRI has tried to ensure the recent positive ownership and field size trends will continue through our prize-money policy of targeting the lower end point-of-entry races, including increasing the minimum prize-money value to €10,000 and paying prize-money down to fifth in all races; by reducing our administration costs by more than 30 per cent; and by assisting trainers to recruit and retain owners with the creation of the new HRI racehorse ownership department.”

There has been much debate recently about the dominance in Irish racing of owners Gigginstown House Stud and JP McManus, and of trainers Willie Mullins and Gordon Elliott, while Adrian Maguire was the latest trainer to indicate he may have to quit the ranks due to financial struggles.

Jumps schedule revisions are a welcome tonic for the struggling majority

There will be no quick fix when it comes to reconciling the need for a thriving jumps industry with the stated aspiration to promote quality, but the enhancements announced on Friday will help to redress the balance to a more sustainable ratio.

For too long middle-of-the-road protagonists have been unable to compete at the sales for raw material that could reasonably be expected to participate effectively on the existing race programme, so small-scale trainers’ business models became redundant.

These initiatives have the potential to help alleviate the pressures, as they will give opportunities to useful horses that currently have the odds stacked against them.

It will facilitate progression and enhance horses’ values, with the pick of the ventures being the series of maiden hurdles confined to non-winners who cost less than €30,000 as stores.

Clearly, all this is on a limited basis and has been flagged as a trial. However, trainers will support the initiatives as they are constructive, as is the mooted handicapping concession.

Of course, it would be preferable if the schemes were launched on a more definite longer-term basis, as trainers could then go to the sales in the knowledge there will be a market for horses of a certain value. The sooner such policies are rubber-stamped, the more successful they will be.

Nonetheless, it finally conveys a message that policy-makers are cognisant of the industry's needs. Moreover, this is a fine example of treating causes rather than symptoms, as it provides a platform for skilled trainers to attract owners and generate business.

It is also worth noting that all this is achievable without dragging down standards. Maintaining a functioning and dynamic industry, and encouraging an elite rank of performer are not mutually exclusive.

Indeed, they are mutually dependent, so HRI's response is a welcome acknowledgement of as much.

FIRST PUBLISHED 6:17PM, MAR 31 2017
It's a step in the right direction and shows HRI are trying to help the situation