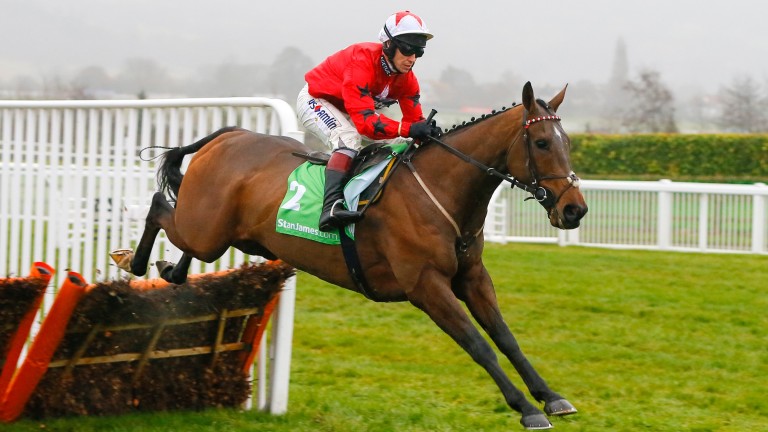 Christmas Day may be drawing to a close but for racing fans the fun is only just beginning.

With 77 races spread across 11 meetings Boxing Day marks the start of a fantastic feast of festive racing - and we at the Racing Post are here to help you make the most of it.

What do I do first?

Arm yourself with tips, previews and race cards by buying the Racing Post on Monday morning. There's no better way to clear the cobwebs than striding down to the corner shop at first light, still full of optimism that plenty of winners await.

If you are near to Kempton it is well worth heading to the course to watch Thistlecrack against Cue Card in what could be a race for the ages, but those of you planning on watching from the comfort of your own living room are also well catered for thanks to Channel 4's two and a half hour programme.

When does it start?

Channel 4 Racing's coverage starts at 1.15pm but many betting-shop punters will already be in a gambling frenzy by that point, with the first races of the day due off at midday at Sedgefield and Market Rasen.

The first race live on Channel 4 is a fascinating novice handicap chase at 1.30. Trainer Nicky Henderson has saddled the winner five times in the past decade and runs likely market leader Gold Present, who scored impressively on his chasing debut.

The broadcast takes in two further races from Kempton and one from Wetherby before climaxing with the big one at 3.15: the 32Red King George VI Chase.

Irish viewers are in luck with RTE2 showing four races live from Leopardstown, including the Grade 1 Racing Post Novice Chase. The coverage starts at 12.50pm with the feature race on the card, featuring a clash between Min and Identity Thief, due off at 2.20.

Who is running in the King George?

Five horses have been declared for the race, including exciting novice Thistlecrack and his eight-time Grade 1-winning stablemate Cue Card.

The bookies can hardly split them and they completely dominate the betting. But it is worth remembering the other three runners are good horses in their own right.

Silviniaco Conti has been below his best for some time but has won this race twice in the past, Josses Hill was impressive at Huntingdon last time and his jumping appears to be improving, while Tea For Two won a Grade 1 novice chase on this card last year.

Is it disappointing only five run?

Absolutely not. Some of the greatest races in history have been matches, and, as the saying goes, it only takes two to tango.

Few races in recent memory have been as eagerly-anticipated as this one and everyone is excited to see how Thistlecrack, a top-class hurdler last season, fares against a genuinely top-notch chaser in Cue Card.

Thistlecrack has it all to do on the trends but he is one of the most exciting horses in training and is a juggernaut when he gets going. Can anything stop him from bulldozing another field apart?

Who is going to win?

Both horses are trained by Colin Tizzard and the trainer, perhaps wisely, is sitting on the fence.

Tom Segal - aka Pricewise - has snaffled the value on Thistlecrack, advising him at 8-1 when his participation was uncertain. Remember, you can get Pricewise's day-of-race thoughts in the Boxing Day paper - or on iPad from 8pm on Christmas Day.

Patrick Mullins is opposing Thistlecrack and made an interesting observation about the horse's jumping, which you can listen to on the Christmas edition of the Racing Postcast.

Who else is running on Boxing Day?

There's likely to be a Cheltenham market move after the first race at Kempton (12.55) as Supreme Novices' Hurdle favourite Jenkins takes the next step on the road to the festival. Trainer Nicky Henderson won the race with Altior last year and will be hoping for a similarly impressive display from the well-touted Jenkins.

The chief supporting race to the King George is the Grade 1 32Red.com Christmas Hurdle (2.40). There is no denying that it is not a stellar renewal of the race, but it is still an interesting contest as it pits two veterans of the two-mile hurdling division in The New One and My Tent Or Yours against a young upstart in Yanworth.

Remarkably, considering it feels like he has been around forever, The New One has never won a Grade 1 over two miles. This will surely be his best ever chance and he arrives in good form having dished out a beating to My Tent Or Yours at Cheltenham last time.

Can he finally grab that elusive success - and is he still a legitimate Champion Hurdle contender in a division lacking depth behind the Mullins big guns?

FIRST PUBLISHED 5:46PM, DEC 25 2016
If you are near to Kempton it is well worth heading to the course to watch Thistlecrack against Cue Card in what could be a race for the ages