How the Gold Cup winners fare when defending the crown 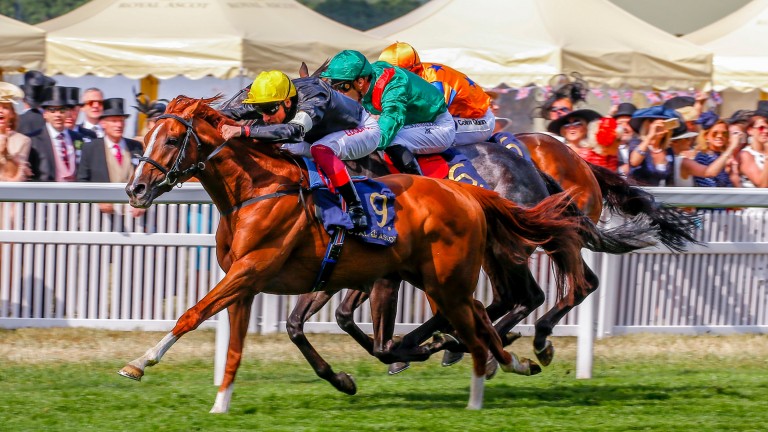 Stradivarius and Frankie Dettori beat Vazirabad and Torcedor in the 2018 Gold Cup
Mark Cranham
1 of 1
By Graham Dench 6:00PM, JUN 19 2019

When John Gosden sent Bjorn Nielsen’s Queen's Vase and Goodwood Cup winner Stradivarius in pursuit of the unheard-of riches offered by the inaugural Weatherbys Hamilton Stayers' Million last spring, the consensus was that the bonus, though thoroughly laudable, was almost certainly unachievable.

As we all know, Stradivarius did not miss a beat. Although he did not win any of the three main events with anything like the ease of the qualifying Yorkshire Cup success, he went on to thumb his nose at any remaining sceptics by adding the Long Distance Cup on Ascot’s Champions Day to his gallant wins in the Gold Cup, Goodwood Cup and Lonsdale Cup.

It takes an exceptional stayer to run up such a sequence, as distance races take a lot out of a horse, so we should not expect it to happen on a regular basis. Yet Stradivarius is firmly in the running for a second £1m bonus and if he repeats his Gold Cup success, as many anticipate, he will be expected to follow up at Goodwood and York again.

On paper, however, he probably needs a lifetime best, for it says much for the impact that the Weatherbys Hamilton Stayers' Million has already had on the division that this promises to be one of the great Gold Cups.

The Melbourne Cup and Dubai Gold Cup winner Cross Counter would be a worthy favourite most years, as indeed would the Derby second Dee Ex Bee, who has flourished since being stepped up in distance. Both are also contenders for the bonus, as is French challenger Called To The Bar.

The St Leger winner Kew Gardens is an absentee, but Aidan O’Brien still fields Capri, Cypress Creek and Flag Of Honour. Magic Circle, Master Of Reality, Raymond Tusk and Thomas Hobson are not merely making up the numbers.

Stradivarius tends to find a way of winning even when conditions turn against him, but the record of returning Gold Cup heroes in the last 20 years or so certainly gives pause for thought.

How Gold Cup winners fared when defending the crown

When the Irish St Leger winner Order Of St George delivered so emphatically over the Gold Cup trip in 2016 he looked like he might dominate the staying ranks for a few years, perhaps even in the manner of his stable’s four-time Gold Cup winner Yeats.

However, while he ran in two more Gold Cups he was beaten a short head at odds-on by Big Orange in the finish of the week 12 months later and last year he finished only fourth to Stradivarius when joint favourite.

When Estimate beat Simenon a neck for the Queen in that stirring finish of 2013 her success provoked scenes of almost unprecedented joy.

She had won the Queen’s Vase 12 months earlier and there were hopes that she might complete a Royal Ascot hat-trick when she returned 12 months later. This time, however, she lacked a previous run and, having improved to be one of four in a line a furlong out, she was just held by Leading Light in another great finish.

The 2012 Gold Cup was not one of the great renewals, but neither Frankie Dettori on Colour Vision nor Mickael Barzalona on Opinion Poll will forget their bumping finish in a hurry.

Silvestre de Sousa was in the saddle when Colour Vision returned, but the grey was an unfancied 12-1 chance following a lacklustre reappearance and finished only fourth to Estimate.

Fame And Glory looked a very likely candidate for a repeat win when he justified strong support in 2011 by beating Opinion Poll in good style.

All was going to plan when he made a winning return in the Vintage Crop Stakes but he failed to run his race when odds-on for a second Gold Cup and trailed home seventh of nine behind Colour Vision.

It’s hard to believe now that Coronation Cup winner Yeats was a 7-1 chance for his first Gold Cup in 2006, but he won it in great style from Reefscape in the hands of Kieren Fallon and went on to create Gold Cup history.

Mick Kinane was in the saddle for the following year’s 8-13 defeat of Geordieland, and then Johnny Murtagh won two more Gold Cups on him. You might say that the Cup races were not quite so strong then, but Yeats was nevertheless one of the all-time great stayers. 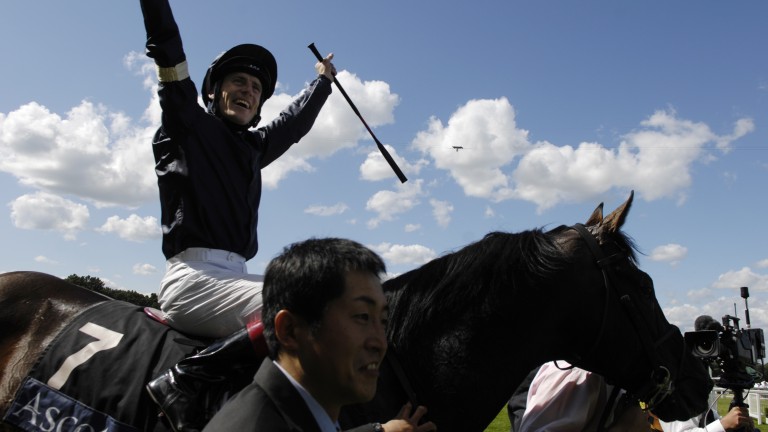 Papineau made rapid strides after joining Saeed Bin Suroor from France and looked a very good Gold Cup winner when beating Westerner by a length and a half in 2004, with former Gold Cup winners Royal Rebel and Mr Dinos soundly beaten.

That was the last we saw of him that year, however, and his preparation for 2005 did not go smoothly. He was virtually pulled up in the Gold Cup won by Westerner at York and was not seen on the track again.

Mr Dinos announced himself as a stayer of note when beating a host of Gold Cup hopefuls in the Henry II Stakes and made no mistake at Royal Ascot the following month, winning by an emphatic six lengths from Persian Punch.

Despite defeats at York and Sandown the following year he was a hot favourite when returning to Royal Ascot but could finish no closer than sixth behind Papineau.

Royal Rebel won the Goodwood Cup and the Lonsdale Stakes the year before he beat Royal Ascot regular Persian Punch in a weakish Gold Cup in 2001, but he was beaten in both of those races afterwards.

He was a 16-1 chance and seemingly out of sorts when he returned to Royal Ascot in 2002 but just got the better of Vinnie Roe under a great ride from Johnny Murtagh. He missed the 2003 season but returned in 2004 to finish fourth to Papineau.

It was the biggest field ever and there was an end-to-end gallop when 20-1 chance Enzeli beat Invermark in 1999, with former winners Kayf Tara and Celeric third and fourth.

Fast forward 12 months and bookmakers made him the main danger to a returning Kayf Tara, but he had reportedly not trained so well and finished only eighth, though not beaten far.

Kayf Tara was racing for only the fifth time in his life when he beat former winner Double Trigger by a neck in a great Gold Cup finish in 1998.

He finished only third 12 months later but won his next four starts by wide margins and confirmed himself an outstanding stayer by regaining his crown in 2000, at the main expense of Far Cry.

FIRST PUBLISHED 6:00PM, JUN 19 2019
Stradivarius probably needs a lifetime best, for this promises to be one of the great Gold Cups