How the Cheltenham Festival race programme has evolved this century 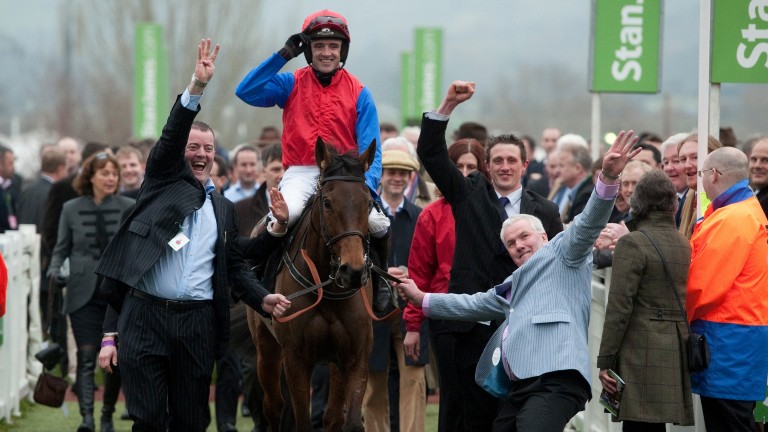 This century the Cheltenham Festival has undergone several changes, leading to it becoming the four-day 28-race spectacular that each jumps season is centred around.

When three became four. Formerly a three-day festival, in 2005 an additional day was added to the meeting, and with it came five new races, including the Fred Winter.

The late, great David Nicholson was recognised with the addition of the Grade 2 Mares' Hurdle. Now run as the OLBG Mares' Hurdle it is a race Willie Mullins has farmed with nine wins.

The Mares' Hurdle became Quevega's to lose as the wondermare took the race six years in a row between 2009 and 2014. A year later the race was upgraded to Grade 1 status. Of the 28 races at the meeting, 14 are Grade 1s.

More good news for mares, and Willie Mullins, as the Dawn Run Mares' Novices' Hurdle was introduced. Since its inception Mullins has won every running. The charity race made way, meaning each day of the festival now had seven top-class races apiece.

National Hunt Chase to be cut from 3m7½f to 3m6f in response to welfare concerns, with horses and jockeys needing to meet tighter conditions to take part.

A new mares' chase to be introduced. A decision has yet to be made on which race will make way.

FIRST PUBLISHED 10:30AM, AUG 12 2019
Formerly a three-day festival, in 2005 an additional day was added to the meeting, and with it came five new races, including the Fred Winter

Take a sip of Ballybrit Lite, it won't taste the same but you might like it New measures can ensure they are all well looked after Group 1 programme not suiting fast-ground horses Finally! Excelcius produces excellent display to record only his second victory