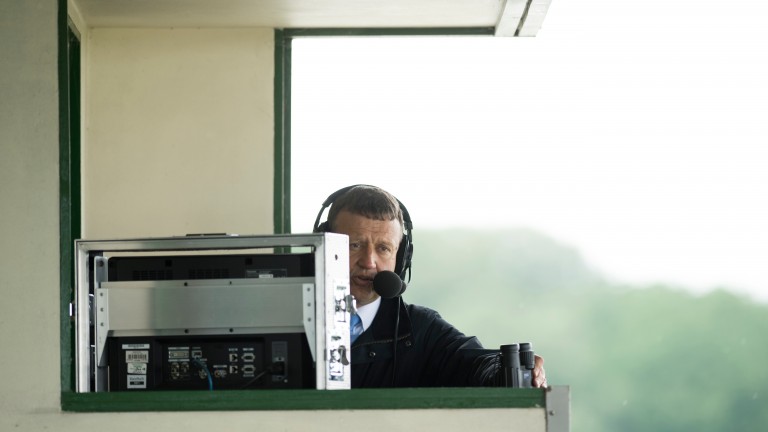 For most people, commentating on a prestigious 20-runner handicap live on free-to-air television would be daunting enough given plenty of time to prepare, let alone being drafted in after a furlong.

However, Richard Hoiles dealt with just that situation flawlessly on Saturday, when he was called upon to describe Ballet Concerto's John Smith's Cup victory from his position at Newmarket's July course after technical difficulties at York meant ITV Racing viewers could not hear his colleague Mark Johnson.

Hoiles admitted he has been surprised by the response to his efforts and explained that a combination of circumstances helped him pull off the last-second commentary.

"I'm really not being modest but other than not being able to look out of the window and see them, which can be quite disconcerting, they were all familiar horses and I'd have been pretty disappointed if I didn't make a good fist of it," he said.

"It's in your psyche when you are there with the crew that you are the only person they could turn to to provide a commentary if it goes down, so you're always in the box with the paper open.

"Sometimes you can be a bit blase about it, but thankfully I just happened to be on the right page the other day."

Hoiles said the fact the field did not set a blistering pace and was made up of familiar names helped him get to grips with what was going on relatively quickly.

"I don't think people understand how late we tend to learn [the horses]," he explained. "Obviously, they wouldn't usually have jumped before you learn them but it's a relatively short-term thing. You start going back, working out how many of them you know and I was happy I knew about 14 of them on the first way through.

"Then I started looking for the five or six I didn't and by about half way I was happy. I couldn't find Central Square, he was the only one bothering me initially and the last one to get a mention but by the time they turned in I knew I'd mentioned them all.

"They didn't go too fast either, which meant the horses I'd called up front were likely to stay there. Like all these things, the calmer you can keep yourself the easier it is."

How many of the runners would you have known?

The commentator also paid tribute to his ITV Racing colleagues for their help, in particular director David Francis, and said it was pleasing that the team was able to come together and handle a challenging situation so competently.

"It's the first time that's happened to us at ITV and everything appeared to work quite well," he said. "You need all the help you can get remotely and, for example, straight after the line David cut very quickly to a slow-mo of the finish, which helps because once they've crossed the line and run out of camera shot, you can't look out to see them.

"We were on that slow-mo within two or three seconds, which made it pretty seamless. It obviously seemed impressive to everyone else, which is great but from our point of view, those sort of circumstances are the type of things you learn to deal with.

"Don't get me wrong though, I was happy with the result, I'd have taken that!"