How good is Off Your Rocco? Hyde test next for exciting novice hurdler 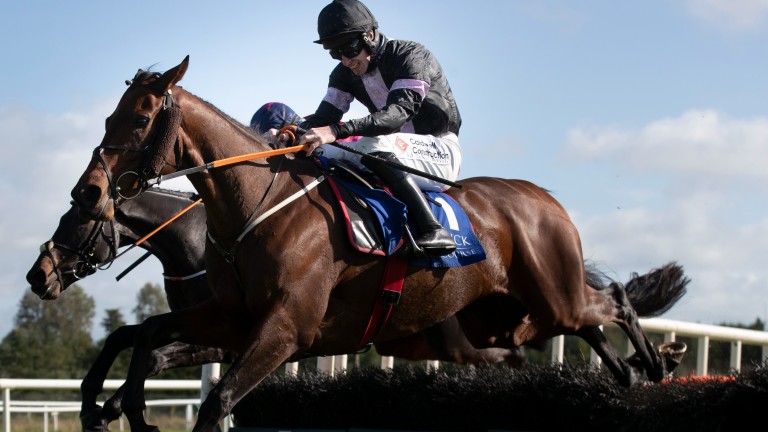 You have to go back to 2006 and Massini’s Maguire to find the last winner of the Hyde Novices’ Hurdle to return here the next March and land the Ballymore over course and distance at the festival and this year’s Hyde appears to be no more than an average running.

That’s not to say there aren’t any exciting prospects lining up, but the median RPR of the last ten winners comes in at 146 and none of these runners have hit that mark. Furthermore, the best recent winner, On The Blind Side, received an RPR of 150 in 2017 and the runner with the highest RPR in this year’s contest, Off Your Rocco, is still 8lb short of reaching that level.

So how good is Off Your Rocco and how good could he be? He has won all bar one of his five starts and something must have been amiss when he was tailed off for his only defeat at the Galway Festival, but he has to carry a 5lb penalty for winning a Listed hurdle at Limerick last month and will probably need to better On The Blind Side’s 150 to come out on top here.

Whisper it quietly, but Paul Nicholls has never won this race. The 12-time champion trainer has a chance to put that right with Gelino Bello, who is the only realistic danger to Off Your Rocco on RPRs. Gelino Bello has 1lb in hand of him, getting 5lb, and is 14lb clear of the rest.

The others could improve, though, and the Charles Byrnes-trained Blazing Khal and Kayf Hernando, from Dan Skelton’s yard, look most likely. Don’t discount the mare Current Mood, either. The 7lb female allowance is too much and, not for the first time, that could prove vital.
Race analysis by Graeme Rodway

No ground concerns for Off Your Rocco

Gordon Elliott rarely leaves Cheltenham empty-handed and emerged with a winner on each day of the Showcase meeting here in October.

He sends a pretty select team across the Irish Sea this weekend and Off Your Rocco, bidding for a fifth win in six career starts, gives the leading trainer a strong chance of plundering another lucrative prize.

A Listed victory at Limerick means he'll have to shoulder a 5lb penalty here, stepping into Grade 2 company for the first time, but Elliott believes the anticipated decent ground should suit the Pioneer Racing-owned five-year-old.

"He's been progressing nicely," said Elliott. "I thought he won well at Listowel and again got the job done nicely at Limerick when stepping up to two miles and five [furlongs] last time. 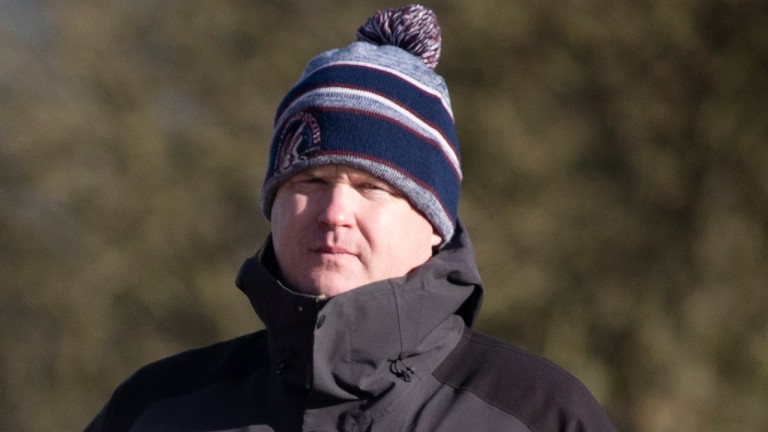 Gordon Elliott on Off Your Rocco: "He's going the right way and I'm expecting a good showing"
Patrick McCann (racingpost.com/photos)

"He's going the right way and I'm expecting a good showing. The ground should be fine for him, he's got form on decent ground."

Charles Byrnes, trainer of Blazing Khal
He was good last time at Galway but this is a big step up. I think the ground might be key to him and he ideally needs it softer. If he ran well I'd be happy.

Paul Nicholls, trainer of Gelino Bello
It was only a maiden hurdle at Aintree, but he jumped well and did it quite nicely. Three weeks is quite soon enough between his first and second run, but he appears to be in order. He's up in class but he's a lovely horse and we're hopeful of a nice run.

Charlie Longsdon, trainer of Glencassley
He's beaten what's been in front of him over hurdles so far and his Aintree bumper form from last season is pretty strong as well. He pulled a shoe off early doors at Wetherby last time and only did enough on ground that was probably too quick for him, and I'd like to think he's a lot better than that. He has a small each-way squeak.

Dan Skelton, trainer of Kayf Hernando
He won really well up at Carlisle three weeks ago. He’s a tough horse who will see out the trip well. There’s some fancy-form horses in there against him and we think he’ll run really well and should be challenging for at least a place. We do like him a lot and it will give him a steer on where we go for the rest of the season.

Evan Williams, trainer of Current Mood
It's tough for a mare against the boys but she deserves to have a crack at the job because she's been very progressive. We've no issues with anything. We may not be good enough but at the same time there's only one way to find out.
Reporting by Mark Boylan

FIRST PUBLISHED 6:00PM, NOV 11 2021
There’s some fancy-form horses in there against him and we think he’ll run really well and should be challenging for at least a place