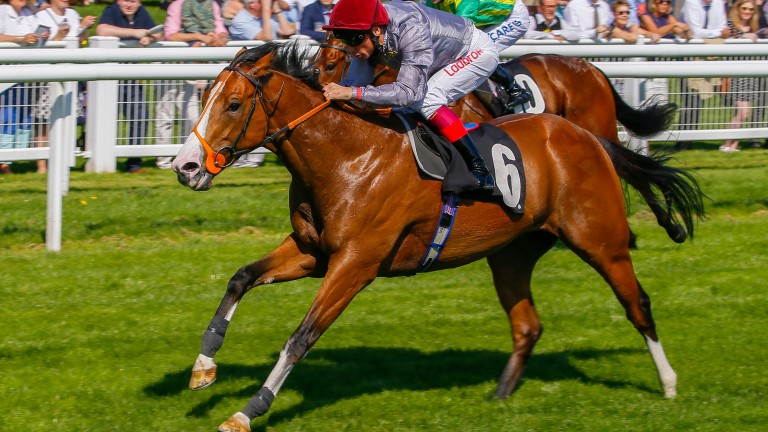 Striding out: Frankie Dettori nudges Qaysar to a comfortable success
Mark Cranham
1 of 1
By Stuart Riley UPDATED 6:43PM, MAY 25 2018

Group horse in a handicap?

In these sort of high-class handicaps for young and unexposed horses, the talk is always of a potential Group horse lurking and the Qaysar camp have done a worse job than most of hiding their belief in their colt.

The Al Shaqab-owned son of Choisir is two from two this year and carries a Group 1 entry in next month's St James's Palace Stakes. 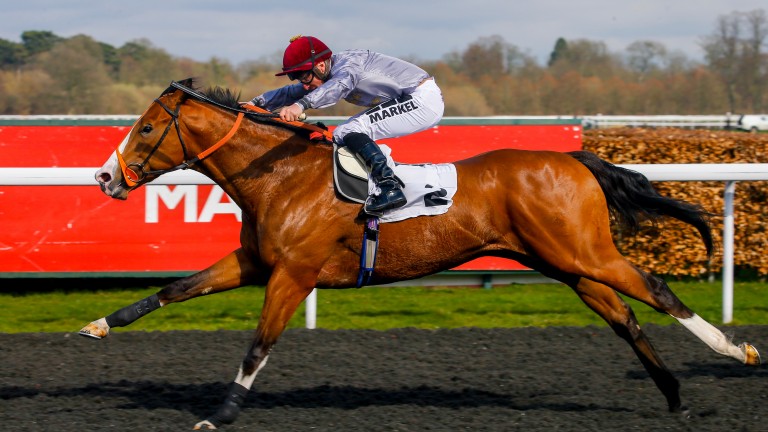 Qaysar: winning at Kempton earlier in the season
Mark Cranham

Given that entry was made on April 24, four days after the second of those two wins, they were perhaps expecting more of a rise than the 8lb hike to a mark of 98.

If that is as lenient as their post-race actions suggest, he could be the proverbial good thing.

Richard Hannon, who also saddles Regimented, said: "Qaysar is a lovely horse who keeps on improving. He won well at Newbury last time and has plenty more improvement in him. This is the ideal race and hopefully he can be right there at the finish.

"Regimented didn't get home last time at Newmarket and I think the drop back to the mile on a nice galloping track like Haydock should suit ideally. He's in good form and should run a nice race."

Crack On Crack On may have won by only half a length last time at Lingfield, but the manner in which he did it nearly broke Betfair and caused race commentator Mark Johnson to almost spontaneously combust.

Paul and Clare Rooney's son of Havana Gold traded at the ceiling price of 999-1 and earned Racing Post in-running comments of "pushed along over 2f out, ridden and still last when taken to wide outside 1f out, storming run final furlong to lead last strides."

That was over seven furlongs, so the step up to a mile here is expected to suit, and trainer Clive Cox said: "He was really impressive at Lingfield, showing a very good turn of foot after being awkward early.

"He's still learning and would be helped by a drop of rain."

Not all jockey bookings are significant pointers, but when a yard runs two in the race and the stable jockey opts for the horse that is nearly double the price of the other, it pays to take note. That is exactly what has happened with Finniston Farm.

Dragons Tail, who has been ridden by Richard Kingscote on his past three starts, is passed over. 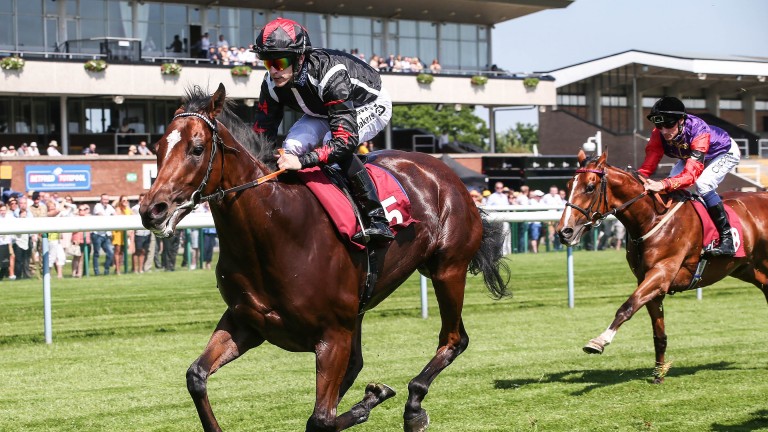 Finniston Farm: could be a lively outsider
John Grossick

It is not a weight issue at 8st 13lb, with Kingscote riding Mancini on the same card at 8st 11lb, and therefore looks a significant pointer to the Free Handicap runner-up, who was upped to Listed company for a Derby trial last time out.

Tom Dascombe, who trains both, said: "Dragons Tail is on a career-high mark so we're sticking a visor on to see if we can't eek out a bit more improvement.

"Finniston Farm's dropping from a Listed race into a handicap, but he's almost on the outside rail so hopefully Richard can find a suitable position."

Charlie Johnston, assistant trainer of Ventura Knight and Book Of Dreams
They have opposite extremes with one wanting no rain and the other as much as possible. Ventura Knight was right back to form on fast ground at Doncaster last week and would have an each-way chance if it stayed dry. If the rain comes it would bring Book Of Dreams right into it with his good form on heavy at Musselburgh at the start of the season.

William Haggas, trainer of Completion
He showed improvement when winning at Redcar, they came clear and the second's won since. He has a wide draw but I hope he's up to it. He's a nice type.

Richard Fahey, trainer of Crownthorpe
It was very quick ground at Newmarket last time, too quick for him. Any rain would help his chances.

Eve Johnson Houghton, trainer of Key Player
He's very straightforward and likes fast ground. He didn't see out the mile and a quarter on soft ground last time so is coming back to a mile, but he might not be quite good enough.

Hugo Palmer, trainer of Strange Society
I'm starting to think he's really got a chance, and the more rain the better for him. He's come on for his comeback, when things didn't quite work out for him, and the form of his win's worked out well. He's got a nice draw too.

FIRST PUBLISHED 6:00PM, MAY 25 2018
He was really impressive at Lingfield, showing a very good turn of foot after being awkward early