Five things to look out for on day one at Chester 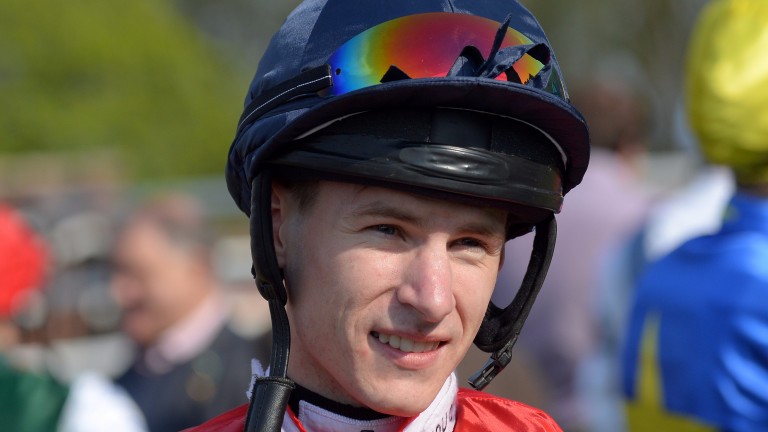 Horses for courses is a well-worn phrase, but when it comes to Chester's May meeting, it pays to think more in terms of trainers for specific races.

The opening Lily Agnes Stakes, for two-year-olds who simply cannot have any course form as this is the track's first fixture of the year, is a perfect example.

Mark Johnston has saddled two of the last three winners, and saddles Emilia James here, while it is always a race Tom Dascombe likes to win – he has done so twice in the last seven years and saddled as many seconds. He runs Big Time Maybe.

The Cheshire Oaks is a race Aidan O'Brien has dominated, with five wins in the last ten years. In that time, his form figures in the fillies Listed race make for impressive reading: 211612511. He relies on Alluringly this year.

Jumps trainers in the Chester Cup

Talking of trainers targeting specific races, the jumps brigade have a pretty impressive record in the Chester Cup.

They are out in force again this year, with Jardine back for more with last year's runner-up Nakeeta, Alan King saddling First Mohican and Who Dares Wins, Williams runs Duke Of Clarence, Martin has Golden Spear, while that man McCain saddles Good Tradition.

When it comes to Chester it always pays to side with horses drawn low. The course is merry-go-round tight so being near the rail can be a huge advantage, especially for forward-going types.

On this card last year no winner came from wider than stall seven, with those victorious coming from: 5634741.

That said, the cutaway gives those further back more of a chance – especially in the races over longer trips – and the in-running position comments for those seven winners suggest that while a low draw is an advantage, being on the front end is not necessarily the bonus it is assumed around Chester. They read: tracked leaders, held up, chased leaders, in touch, held up, held up, midfield.

The 2012 and 2014 winners of the Boodles Diamond Handicap are back for more, with Tim Easterby's Confessional bidding for a second win in the race, five years after his first, from a 3lb lower mark.

The 2014 winner Sir Maximillian has a tougher task at the weights as he is 15lb higher than for his win, but his career best Racing Post Rating of 114 was recorded in a four-length conditions race win over course and distance.

In the same race, Blithe Spirit is five from 13 around Chester, while in the closing 7f handicap the most successful trainer at the track last year, Richard Fahey, saddles Gabrial The Tiger who is three from nine at the track.

It is not just horses and trainers to look out for around Chester as due to its unique layout, greater emphasis is placed on a jockeys trackcraft and a few rise above all others.

Franny Norton is famed for his mastery of Chester, while no other rider came close to Richard Kingscote's 14 winners last season. Ryan Moore's 45 per cent strike-rate (five wins from 11 rides) puts him in a league of his own at the track – with Rob Hornby (36 per cent, five from 14) his nearest pursuer.

Norton and Kingscote have six and four rides on day one respectively and Moore has three.