Hopes high that Brighton winner Eclipse can follow up 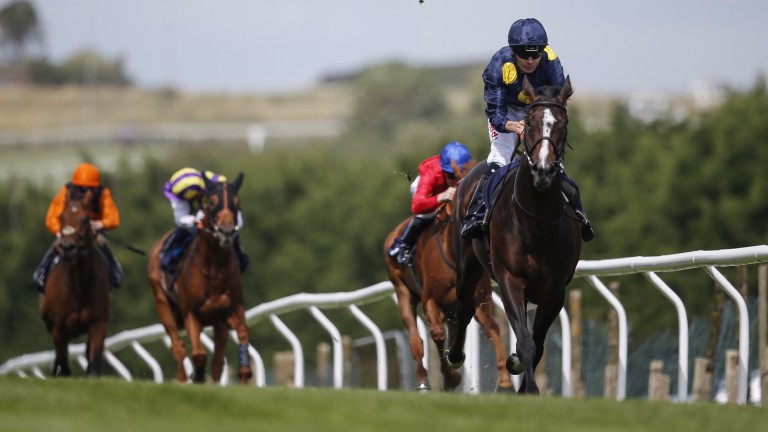 Another Eclipse leads the way at Brighton and has a good chance of following up
Alan Crowhurst
1 of 1
By David Milnes 6:42PM, JUL 19 2017

David Simcock is double-handed in a bid to win the ladies' night feature for the second successive year, most notably with bottomweight Another Eclipse, who put his rivals in the shade at Brighton last time.

The three-year-old was not scoring out of turn when routing the opposition as a 2-5 chance that day and has the assistance of valuable 5lb claimer David Egan this time.

At the other end of the handicap is the ex-Godolphin gelding First Flight, who ran a fine first race for his new trainer Heather Main last month when just denied at Newmarket after almost two years on the sidelines.

Andrea Atzeni, successful on Majeed a year ago, takes over from Gerald Mosse on the strapping six-year-old who should be suited by the long straight on the North Denes.

Brorocco, trained by Andrew Balding, is the only course-and-distance winner in the line-up.

Micky Quinn, trainer of Great Hall
He's run well the last twice and deserves to win one of these races. Hopefully they get the overnight forecast rain to take the sting out of the ground. After he won at Nottingham last year they put him up to a mark of 103 which was in no-mans land really and he's now back to 96 off which he should be competitive. We've booked James Doyle who's riding at the top of his game so we're hopeful of a good run.

Chris Dwyer, trainer of Basil Berry
We're experimenting in running him over a mile and a quarter as he gets very upset in the stalls and often gets left. It's hard to make the ground up over shorter trips when that happens so we're giving this a go.

Archie Watson, trainer of Petite Jack
He was progressive on the all-weather but got no run in the Duke of Edinburgh at Royal Ascot last time. Hopefully, this smaller field and flatter track will suit him.

Bruce Raymond, racing manager to Saeed Manana, owner of Law And Order
He's in good form and should enjoy stepping up to a mile and a quarter and coming with a long run. He's been taken off his feet a bit over a mile of late and I'm looking forward to seeing how he gets on.

Bruce Raymond, racing manager to Sheikh Juma Dalmook Al Maktoum, owner of Another Eclipse
He looks to be improving and should be bang there with no weight on his back and a good apprentice in the saddle. He won very well at Brighton last time and I expect he won't be far away.

FIRST PUBLISHED 6:00PM, JUL 18 2017
He looks to be improving and should be bang there with no weight on his back and a good apprentice in the saddle