Hong Kong Group 1 prize-money boosted by £2.6m for next season 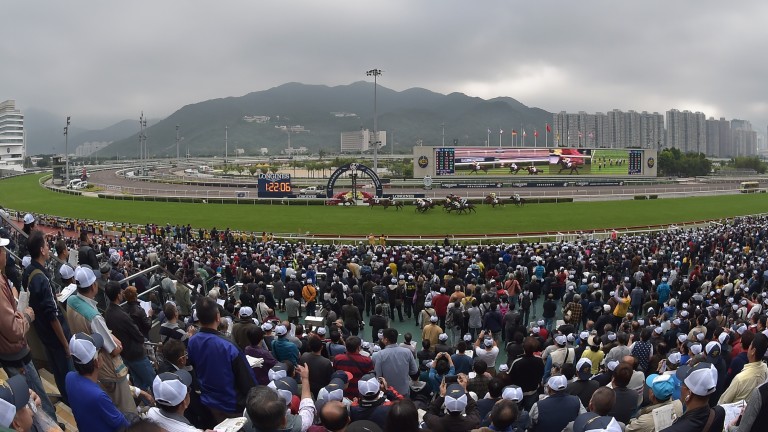 An extra HK$4 million (£410,000) has been put into the Hong Kong Derby to make it worth HK$24 million (£2.47m) and become the richest race in Hong Kong. It is the second richest Derby in the world, second to the Japanese edition worth the equivalent of £3.12m.

The remainder of Hong Kong's Group 1 races have had prize money increases equivalent to 20 per cent, but there has been additional funds available at all levels.

Andrew Harding, executive director of racing for the Hong Kong Jockey Club said: “For next season, the Club has increased prize money to a record overall sum, including a significant injection across all Class 1 to Class 5 handicap races and Group 2 and Group 3 contests. We believe this will help to enhance competition and assist our owners in their attempts to purchase and import the best possible horses in a difficult economic climate.

“Hong Kong is already home to the world’s richest turf races at 2,000 metres [1m2f], a mile and 1400 metres [7f], and, while our Group 1 prize money is strong, we have nonetheless identified a specific need to increase the prize funds for six of our Group 1 races, notably the Longines Hong Kong Sprint [6f], which regains its status as the world’s richest Group 1 turf sprint.

“We have also increased purses for each of our three Four-Year-Old Classic Series races, notably the BMW Hong Kong Derby, which regains its position as the second richest Derby in the world."

48-hour declarations to return for British racing from next Wednesday

FIRST PUBLISHED 12:57PM, JUN 18 2020
We believe this will help to enhance competition and assist our owners in their attempts to purchase and import the best possible horses