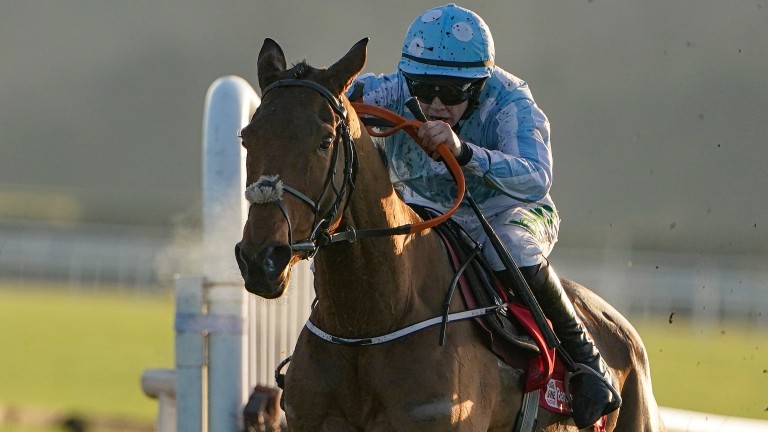 Henry de Bromhead thinks the Close Brothers Mares' Hurdle would be one of the best battles of the entire Cheltenham Festival if both Benie Des Dieux and Honeysuckle showed up on the opening day, although he was unwilling to confirm his unbeaten mare as a certain runner.

Honeysuckle also has the option of the Unibet Champion Hurdle on the opening day and De Bromhead says he found out more about her during her hard-earned success in the Irish Champion Hurdle at Leopardstown this month.

De Bromhead said: "We learned a lot about her tenacity in the Irish Champion Hurdle. She had never really been asked that strong a question before. She was tough and she had to dig deep. She missed the second-last and she produced a funny jump at the last which let them come back at her. But she still got the job done.

"She's just such a good mare. The ground was quicker, and the trip was shorter, but she still managed to go out and do it. She might have just been a bit lonely out in front so perhaps that's why she jumped the last the way she did. Rachael [Blackmore, jockey] thought she was lonely."

On a possible battle with Benie Des Dieux, De Bromhead said: "Benie Des Dieux was really impressive at Gowran, but that was three miles on heavy ground, the mares' hurdle is two and a half miles on likely quicker ground. It's unlikely to be as heavy as it was at Gowran. She's a brilliant mare and she's never been beaten when she stood up. It would be some race if they both turned up.

"Honeysuckle is in both races. We'll keep all our options open and I would hate to put anyone away and say she is definitely going to run in one race over another. We'll decide nearer the time and try to get there first."

A Plus Tard also has two options at Cheltenham, but the wide-margin winner of last year's novices' handicap chase is set to take on Min in the Ryanair Chase rather than add his name to the pot in the hottest of Champion Chases.

The trainer explained: "We went back to two miles at Christmas with A Plus Tard because he is much better going left-handed. He couldn't have done it any better than he did.

"We were planning to go again at the Dublin Racing Festival but I just thought over that trip he needed something to slow them down, so we scratched him because of the ground.

"He's in great form and we've pretty much decided to go for the Ryanair. The only reason we would go for the Champion Chase would be if it [the going] comes up bottomless."

Minella Indo is on course for a crack at Champ in the RSA Chase and De Bromhead said: "The ground was a bit quicker than ideal for Minella Indo at Leopardstown over Christmas, so we went to Navan instead and I was delighted with him there. He won nicely and the horse [Captain CJ] he beat won the Grade 2 at Navan on Sunday. He goes for the RSA and he's in great form." 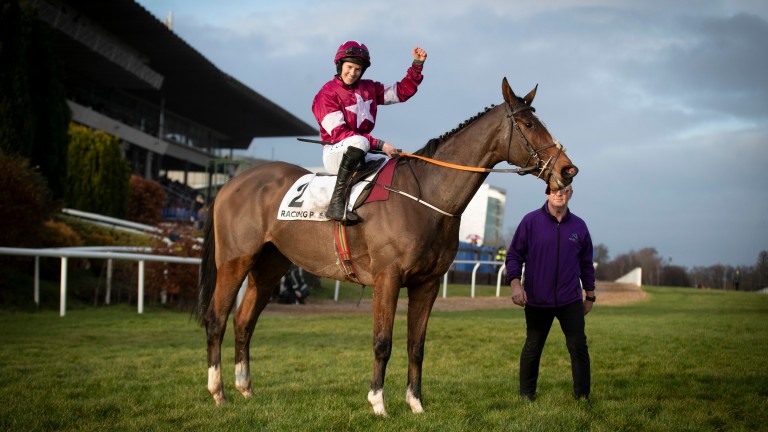 Notebook: will bid for the Racing Post Arkle at Cheltenham
Patrick McCann

Notebook has been one of the success stories of the season so far and the 135-rated hurdler will try to add a third Grade 1 to his CV in the Racing Post Arkle.

De Bromhead said: "Notebook has had a great year. He's stepped up for fences which we obviously thought he would. He won the Irish Arkle and he seems in great form since.

"I backed off ours after Christmas and maybe that's why he was so revved up before the start at Leopardstown. He just wanted to get on with it. We will use earplugs on the way to the start at Cheltenham. He was just so psyched up to get going, but we will try to keep a lid on it next time.

"He seems to love jumping. Jumping fences has improved him no end. As a novice, Sizing Europe was pretty slick, but Notebook is something similar."

FIRST PUBLISHED 7:18PM, FEB 18 2020
We learned a lot about her tenacity in the Irish Champion Hurdle