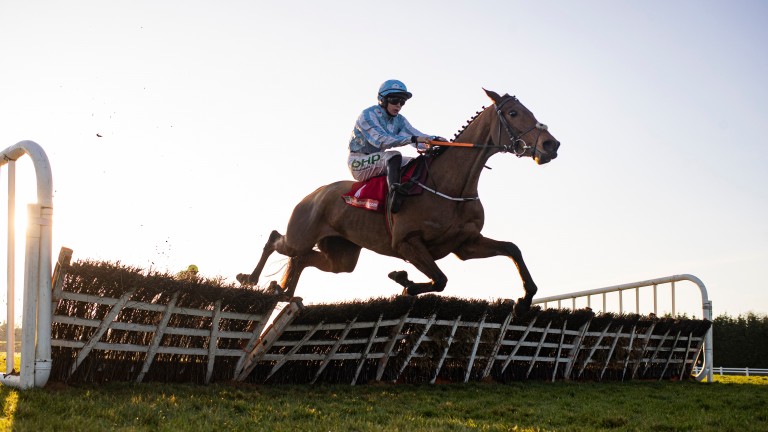 Honeysuckle, who is eight from eight in her stellar career, will put her unbeaten record on the line in the Grade 1 baroneracing.com Hatton's Grace Hurdle at Fairyhouse later this month before having another crack at the Irish Champion Hurdle.

Henry de Bromhead reports Benie Des Dieux's Cheltenham conqueror to be better than ever as her reappearance edges closer and has not ruled out a switch to chasing at a later date.

It will not happen this season, though, as Honeysuckle will return to Fairyhouse on November 29 for the race she won so brilliantly by nine lengths last year.

De Bromhead, speaking via Zoom at the launch of the Fairyhouse Winter festival, said: "Honeysuckle is brilliant and we’re very lucky to have her. It was a great performance in the Hatton's Grace last year and she seems in good form, so hopefully she will have another good go at it this year. 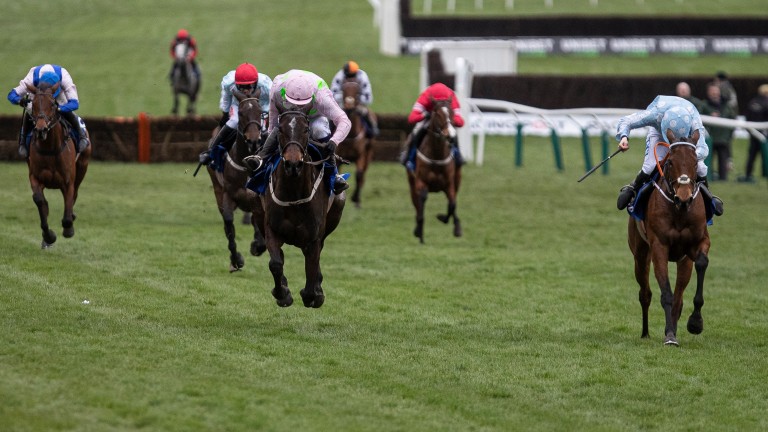 "She’s not a mare that would take a huge amount of work so you wouldn’t be working her a lot at home. If she is in the same form as last year, we will start in the Hatton’s Grace and then probably go to the Irish Champion Hurdle and reassess everything after that.

"If things have gone well, she’ll get an entry for the Mares’ Hurdle and Champion Hurdle at Cheltenham."

On the prospect of Honeysuckle going chasing, the trainer added: "She has achieved so much over hurdles but, in fairness to her, most Sundays she loose-schools over a fence, so she’s keeping her eye in with it. Touch wood, she seems very good. We’ll see, but that could happen."

De Bromhead also issued updates on the rest of his stars and revealed Arkle heroine Put The Kettle On will return to Cheltenham for the Shloer Chase on Sunday. 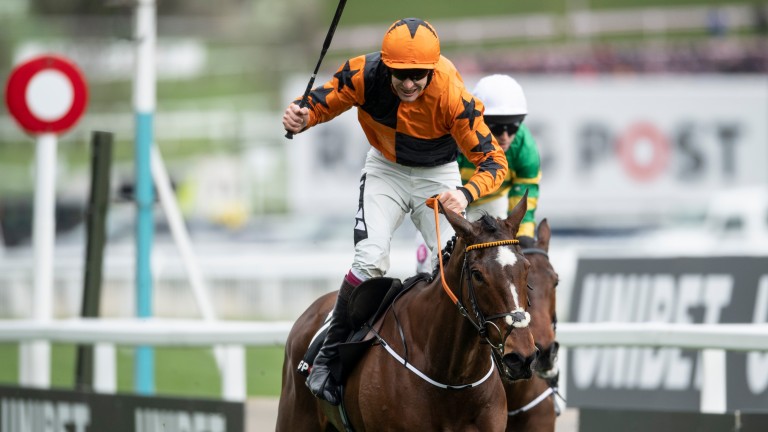 Put The Kettle On: crosses the line in front in the Racing Post Arkle
Edward Whitaker

The trainer said: "Put The Kettle On heads to Cheltenham this weekend for the Shloer Chase – she seems to love it over there. She’s in mighty form and working well, so I’m looking forward to that."

Monalee, a close-up fourth in the Cheltenham Gold Cup in March, is being warmed up for a crack at the King George.

De Bromhead said: "Monalee is great. He’ll go to the Listed chase next week at Thurles, and we were thinking we might go to the King George and see how he’d get on there. Then we'd aim him towards the Gold Cup.”

On the RSA runner-up Minella Indo, he said: "He’s a really good horse and was very good the other day in Wexford. I was surprised how sharp he was as he usually takes a while to warm up. He’ll go to Navan next week and maybe on to Leopardstown at Christmas." 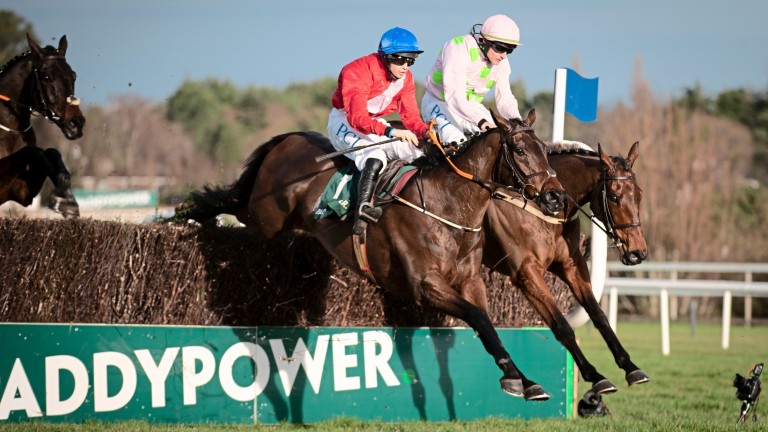 On the rest of his A-team, the trainer said: "I was a little bit disappointed with A Plus Tard on Sunday but he just seems to get caught out over two miles. Until he won at Christmas, we never really had him as a two-miler and then he was so impressive over 2m1f at Leopardstown. He just doesn’t seem to jump quick enough over 2m.

"It was a nice start but your hands are tied as he's so much better going left-handed. There aren’t many 2m4f races at left-handed tracks until the spring, but it was good to get him out. We’ll enter him for the Savills Chase and in the 2m1f race he won last year at Leopardstown. I’d be leaning towards trying him at the 3m.

"Chris’s Dream ran a cracker the other day at Down Royal [second in Ladbrokes Champion Chase] and was unfortunate not to win. I’d say we’ll drop him back to two and a half miles in the John Durkan at Punchestown and then give him a good break and train him for the spring as he seems to run very well fresh."

FIRST PUBLISHED 6:47PM, NOV 9 2020
Most Sundays she loose-schools over a fence