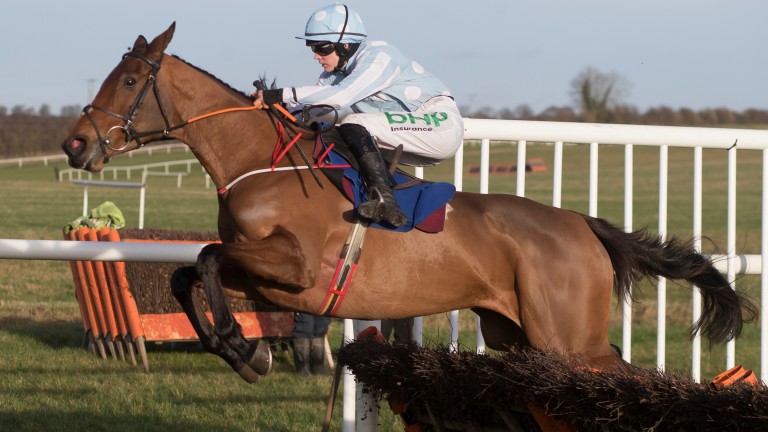 Honeysuckle: set to face four rivals in the opening race at Fairyhouse
Patrick McCann
1 of 1
By Matt Butler 7:44AM, NOV 12 2019

The second day of Fairyhouse's two-day meeting will go ahead as scheduled today after the course passed an early morning inspection, with the ground described as heavy.

The ground at Fairyhouse was described as raceable on Sunday evening but a further 15mm of rain forced officials to scrap Monday's fixture at an inspection on Monday morning.

Following a precautionary track inspection at @Fairyhouse this morning, the track is fit for racing and racing goes ahead today. Following discussions with @MetEireann there is a further 2-3mm of rain forecast this morning and is mainly dry for the afternoon. pic.twitter.com/4TyyJzO4sw

However, Fairyhouse racecourse manager Peter Roe had said on Monday that he was "cautiously optimistic" of racing on Tuesday, and the track had duly passed its inspection by 7.30 this morning.

Eight races are scheduled on the card, which begins at 11.55, with the opening contest featuring the Henry de Bromhead-trained Grade 1 winner Honeysuckle, who faces four rivals in her bid to remain unbeaten.

High-class hurdler Bapaume is also set to make his debut over fences in the 2m5f beginners chase at 2.25.

FIRST PUBLISHED 7:44AM, NOV 12 2019
The course passed an early morning inspection, with the ground described as heavy