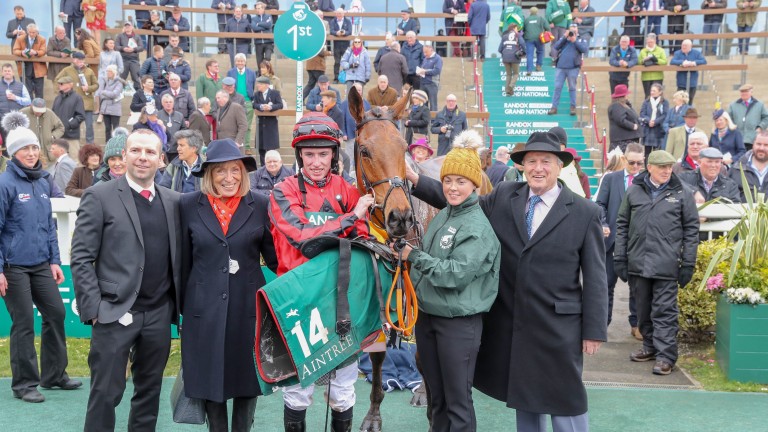 The Grand National meeting brings them from far and wide to Liverpool, but for owner Frank McAleavy Aintree is very much a home fixture, which made victory for his Three Musketeers in the 2m4f Grade 3 handicap hurdle a moment to savour.

"I'm from Old Roan – the estate across the way and was brought up overlooking the racecourse, more or less," said the owner, having watched his red silks carried to victory at Aintree for a second time.

He added: "I've had one winner here before with Dan Skelton a couple of years back but this is the first one at the big meeting – it's fabulous."

Three Musketeers, a Grade 2 winner over hurdles and fences for Skelton, was making his first start for Gordon Elliott, who was quick to praise his predecessor.

"I'd say a change of scenery has worked for him," said Elliott. "In fairness to Dan, he recommended the horse came to me so big credit to him.

"I was worried we might be aiming a bit high first time but the owners are from Liverpool originally so it's nice for them. He could be a horse for the Galway Plate – he stays and jumps well."

Winning rider Jack Kennedy became the first jockey to pick up a riding ban at this year's Grand National meeting, the stewards suspending him for four days for using his whip above the permitted level from the third-last hurdle.

Welch loving it after McFabulous win

As far as first horses go, part-owner Chris Welch has stumbled upon a rather decent one in McFabulous, who after being backed as if defeat was not an option, delivered the goods to land the 2m1f Grade 2 bumper.

Welch heads the five-strong Giraffa Racing syndicate, for whom McFabulous is the first to carry their striking black silks and, while he may have been caught in the moment, he was entitled to dream big with a horse trainer Paul Nicholls rates highly.

"He's some horse and will win the Gold Cup as well in a few years!" said the euphoric Welch. "He's a beautiful horse and Paul has done a great job with him. It was terrifying to watch but he's decent I think." 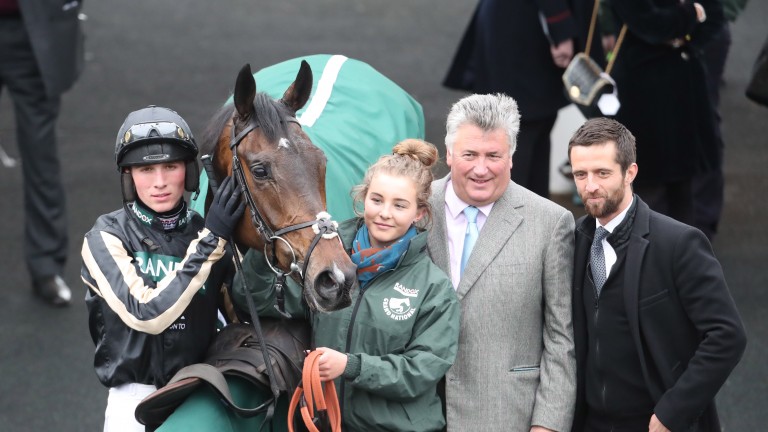 Nicholls knows plenty about decent horses and was not disagreeing with a word his owner was saying.

The trainer said: "He's still a big baby and very green but he's got a huge engine. He's won three this year and the only time he got beat was when he had sore shins.

"He already jumps hurdles well and will be a lovely novice next season. I've a lovely crop of bumper horses to go hurdling next season and he probably heads them."

FIRST PUBLISHED 6:29PM, APR 5 2019
I've had one winner here before with Dan Skelton a couple of years back but this is the first one at the big meeting ? it's fabulous