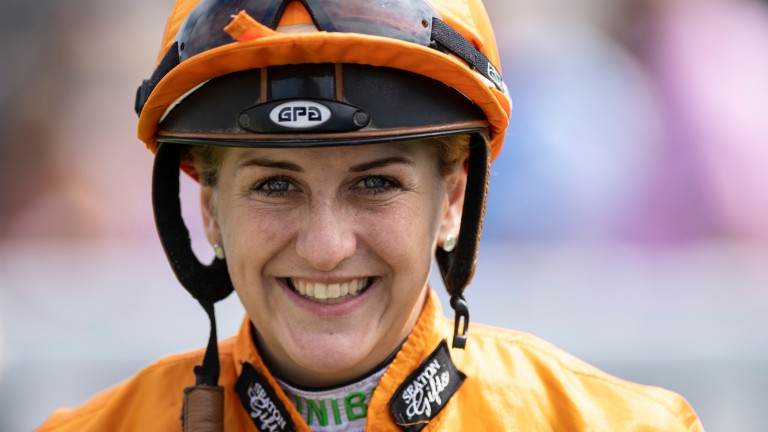 Josephine Gordon: back among the winners on her birthday
Edward Whitaker
1 of 1
By David Carr UPDATED 7:46PM, MAY 16 2021

Josephine Gordon celebrated her 28th birthday by ending a 16-day losing run on her only ride of the afternoon, in what she described as just an "average" season.

The former champion apprentice became just the second female jockey to ride 100 winners in a year in 2017, but her tally was down to 28 last term.

She moved on to 12 winners for 2021 by taking division one of the 6f handicap on Velocistar for Steph Hollinshead and said: "It's been an average season.

"But I'm not going to complain, I'm lucky, I'm getting rides every day. And there are a lot of jockeys that are the same.

"I don't know whether it's because there are so many jockeys or less horses, but there are a lot of jockeys who are only going for one or two rides a day.

"Whether you are in or out of racing, the coronavirus is tough for everyone. I'm extremely lucky to be riding every day. And I've got my health and my fitness.

"Steph has been very loyal to me so I'm going to be loyal to her. And those bread-and-butter rides are the ones that keep you going. It's a long way to come up here, but I did fancy her."

Hollinshead is mystified by Gordon's apparent lack of appeal to trainers and said: "I don't understand why, though it's great for me as I can get someone very good a bit more regularly.

"She's got nothing to prove, she's a more than capable jockey. Her feedback's great, she'll come and ride out and whatever I put her on she'll give us as much help as possible."

Chris Fairhurst enjoyed his first winner for seven months when Benadalid scored a fourth course success in the 1m1½f handicap.

"We have seven in training, we have nine in but we've had a couple of injuries," the Middleham trainer said.

"We're very quiet but it's nice having a horse like him, you need them."

Back to winning ways

Paddy Mathers rode his first winner since returning from a successful spell in Bahrain when taking division two of the 6f handicap for old friend Mike Smith.

"I've been back for three and a half weeks and it's great to get my first winner for Mike," he said. "We go way back and we've had two good seasons together.

"Bahrain is a great, up-and-coming place and I'll head back out there straight after the Ayr Gold Cup." 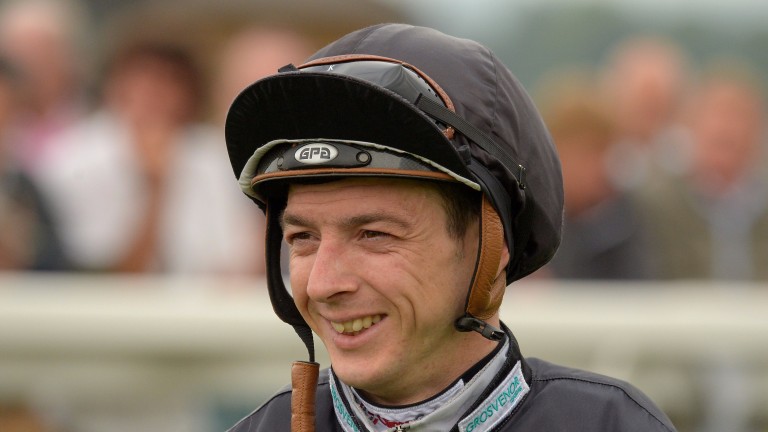 Paddy Mathers: will return to Bahrain this autumn

Who'd be a clerk of the course?

Three weeks ago, Ripon's first meeting of the season was blighted by unseasonably quick ground and just 32 runners took part.

But conditions were dramatically different this time and the going – officially soft, heavy in places – caused 11 withdrawals.

Clerk of the course James Hutchinson said: "It was a very dry April and now we've had 36mm of rain in the last week, 19mm of it in the last 24 hours."

FIRST PUBLISHED 6:13PM, MAY 16 2021
She's got nothing to prove, she's a more than capable jockey and her feedback is great