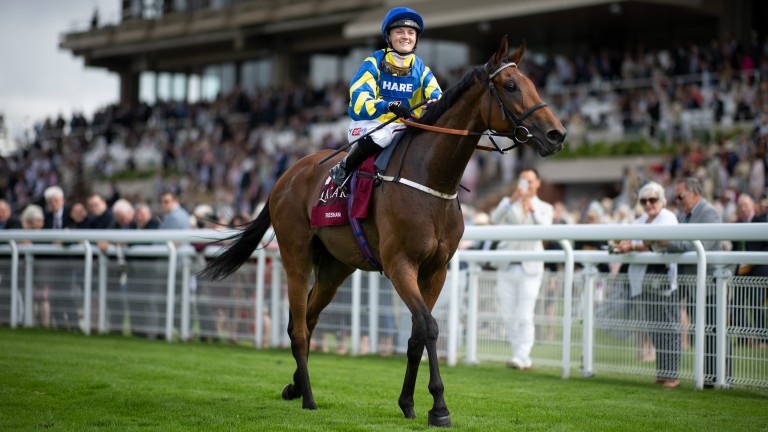 Hollie Doyle will miss the ride on Trueshan in Saturday's Prix du Cadran after failing in an appeal against a seven-day suspension for careless riding. The jockey insisted she was clear of her rivals when crossing to the inside rail early in a Kempton race aboard Mountain Ash recently and pointed to her excellent disciplinary record but an appeals panel insisted on Tuesday the original penalty must stand.

Delivering the unanimous verdict, the panel's chairman James O'Mahony said: "In our judgement, at no point was Miss Doyle clear on the evidence we have seen. There was interference by misjudgement, there was danger of clipping heels.

"We reject the proposition that the cause of the interference was the other horses speeding up as opposed to the manoeuvre made by Miss Doyle. This was an incident that could have been worse but for good fortune. It was a serious case of concertina-effect interference and a jockey being forced up against a rail. Mercifully, it wasn't more serious."

The cause of the interference was the subject of prolonged debate during a two-hour hearing, with Doyle pointing out she had looked across on several occasions before moving towards the rail, seeking to ensure she was clear of her rivals before doing so.

"I felt like I took every precaution I could possibly have done," she told the panel. "I'm not sure what more I could have done in this situation. I feel like it was out of both riders' hands."

Doyle contended that Poet's Eye was racing keenly, despite Saffie Osborne's best efforts, and had "latched on" as Doyle moved across, closing the gap and effectively causing the interference, which also affected the Jack Mitchell-ridden Appreciate on the inside rail.

Doyle added: "When a horse latches on, you can go from being quite in control to a horse grabbing a hold of the bit and pulling you forward, which is what Miss Osborne's horse has done.

"Just before I've moved, his head was lowered and her hands were down but as I've made my move and I was clear of her, he's latched on. I was clear of Miss Osborne and I couldn't control her horse, that was behind me at this stage. Horses are very unpredictable."

It counted against Doyle that she told the raceday stewards: "I've probably misjudged it a little bit" and accepted a suggestion from a steward that she had not been sufficiently clear. Seeking to set that admission in context, she told Tuesday's hearing: "It was 8.30pm, everyone was in a rush.

"I got shown an angle that didn't look great. I didn't have much time to look at the film. Now I've had more time to analyse the situation. 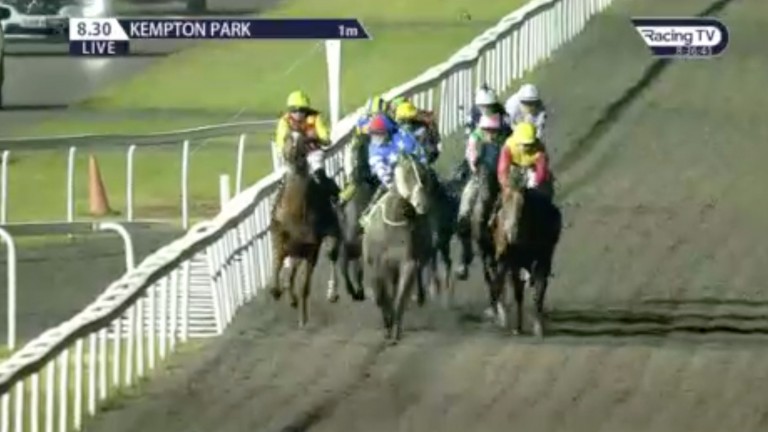 Hollie Doyle is leading on Mountain Ash, and is anxious to get over to the running rail 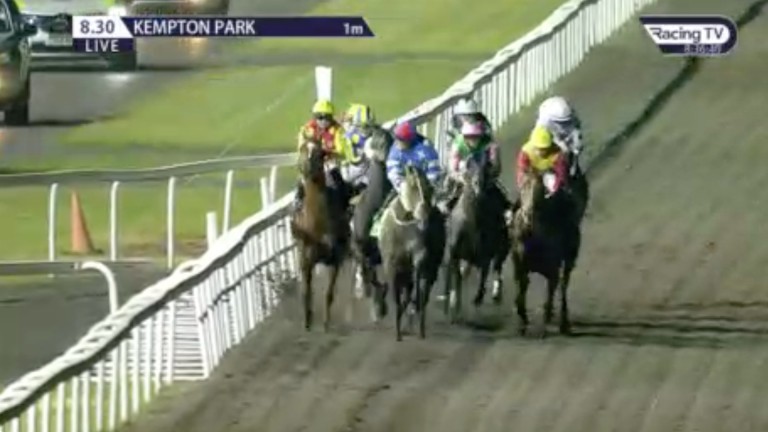 In her efforts to do so, she tightens up Saffie Osborne on favourite Poet's Eye (blue and yellow) 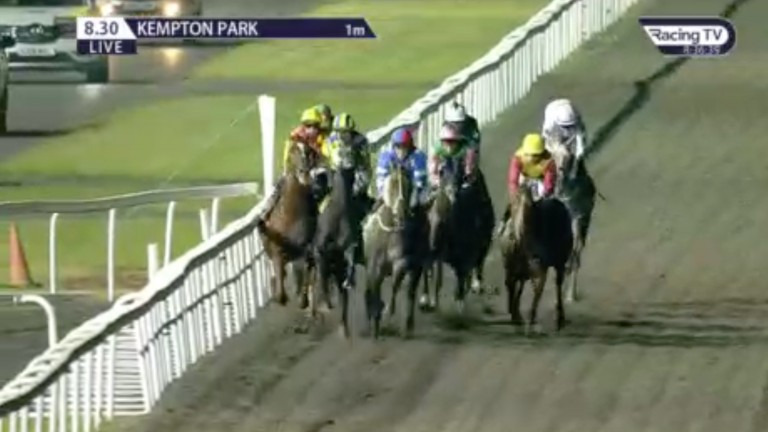 "I was only shown the footage once. It was an angle that was at the side from behind. It wasn't a true testament of the distance [between horses]. I should have assessed the film for longer. I was flustered, under pressure and admitted it.

"I was mortified this had happened after I took all the steps that I did. I don't ride dirty, I don't want people to be in danger."

Doyle has had 937 rides in Britain this year, more than any other jockey, and pointed out that, until this incident, she had been given just two suspensions of two days each. Her solicitor Rory Mac Neice described it as "a startlingly good record".

Osborne told the panel she did not believe Doyle was at fault over the incident, reckoning that Mountain Ash had slowed slightly while crossing to the rail.

"The pace, I'd say it may have just fractionally decreased, which can cause a gap to close quickly," Osborne said. "I'd agree that no one's at fault over that. A horse, when it hits the front, can suddenly prick its ears or half lay off the gas slightly, which is no fault of anyone."

Offering a brief reaction to the outcome, Doyle said she felt a seven-day suspension was "harsh" for what had happened and noted the timing of the suspension would have a particularly severe effect. 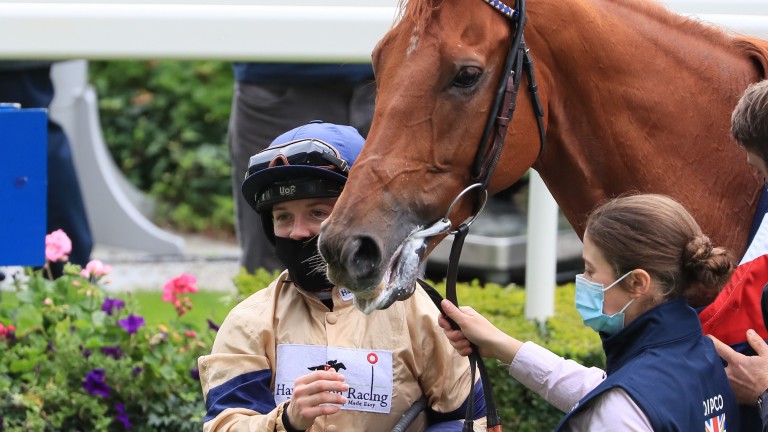 She said: "Trueshan and Glen Shiel are both entered for Saturday. Obviously I couldn't have ridden them both, Glen Shiel is entered at Ascot. But they're my two best horses and I won't have the chance to ride either of them."

Trueshan was last seen winning the Goodwood Cup, with Doyle aboard, and is the 11-4 third-favourite for Saturday's race at Longchamp. Glen Shiel, who gave Doyle the first Group 1 win of her career on Champions Day last October, returns to Ascot for the Bengough Stakes on Saturday.

While Doyle cannot ride on Friday, Saturday or from Monday to Friday next week, she is free to take part on Sunday's Arc de Triomphe card at Longchamp because there is no Flat racing in Britain that day.

James Doyle is thought to be in line to inherit the ride aboard Trueshan on Saturday.

FIRST PUBLISHED 2:00PM, SEP 28 2021
I was mortified this had happened after I took all the steps that I did. I don't ride dirty, I don't want people to be in danger