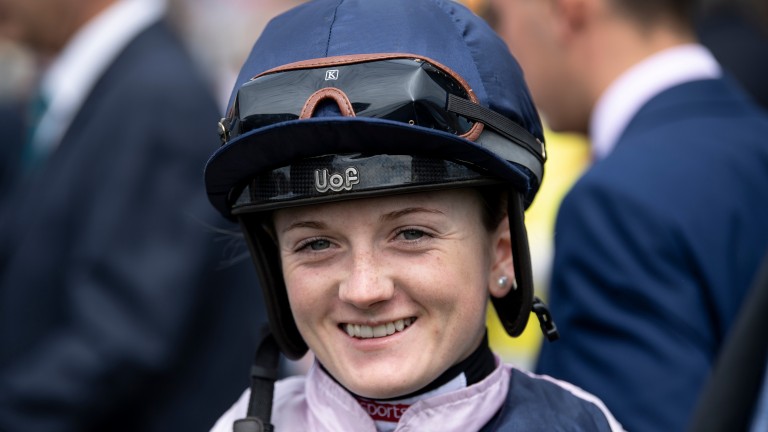 Hollie Doyle’s rapid rise up the jockey standings has brought further reward for the record-breaking rider with a coveted retainer from Classic-winning owner and breeder Imad Al Sagar.

The Blue Diamond Stud owner, whose colours were carried by Authorized to Derby success in 2007, is looking forward to forging a partnership with Doyle, who smashed Josephine Gordon’s record annual total for a female rider with 116 winners in 2019.

Despite the pandemic hiatus, Doyle has already ridden 73 winners this year and added a first Group-race success on Dame Malliot in the Princess of Wales’s Tattersalls Stakes at Newmarket’s July meeting, catching the eye of her new retainer. 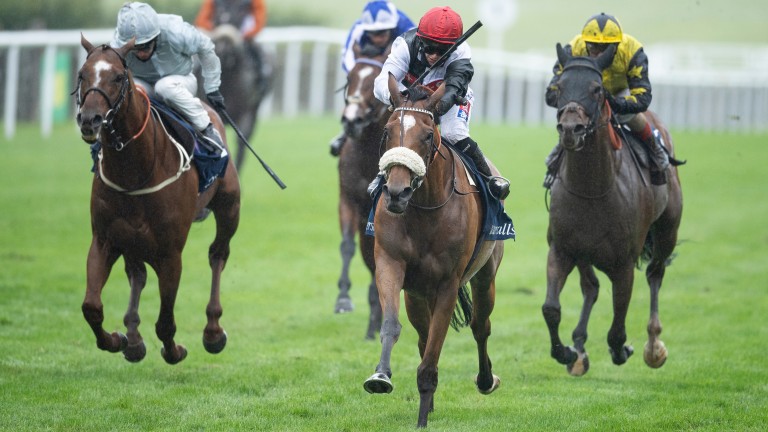 Hollie Doyle riding Dame Malliot (noseband) to victory in the the Princess Of Wales's Tattersalls Stakes
Edward Whitaker (racingpost.com/photos)
The owner has used top names in the weighing room over the years including Frankie Dettori, who rode Authorized, Ryan Moore, Jamie Spencer, Hayley Turner and Andrea Atzeni, who has ridden the most British winners for him with 36.

Al Sagar, who has some 30 horses in training, said: "We are thrilled to add Hollie Doyle to our team. We have all been impressed with how Hollie has risen to become one of the best of her profession. She is an extremely dedicated, strong and astute jockey.

"We have some lovely horses to run for us this season and I look forward to Hollie becoming an invaluable member of our team."

Doyle said: "I am delighted to be teaming up with Imad Al Sagar for the near future. I hope that we will have plenty of success."

The owner has had over 40 stakes winners over the last 15 years, also winning an Irish 2,000 Guineas with Araafa and stands his triple Group 1 winner Decorated Knight at the Irish National Stud.

FIRST PUBLISHED 3:11PM, JUL 26 2020
We have all been impressed with how Hollie has risen to become one of the best of her profession