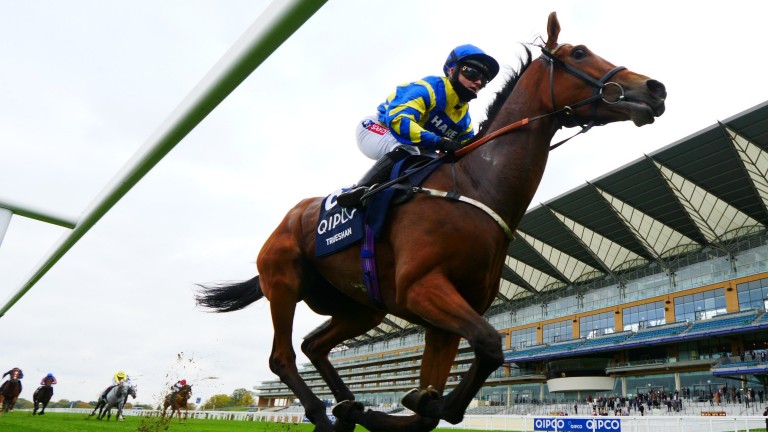 Trueshan: makes his first start of the season at Chester
Mark Cranham
1 of 1
By David Milnes UPDATED 7:46PM, MAY 5 2021

Hollie Doyle is reunited with Trueshan for the first time since he kicked off a brilliant British Champions Day for the rider when successful in the Long Distance Cup at Ascot in October.

As a consequence of their seven and a half length win in the Group 2 that day, the Alan King-trained stayer has to shoulder a 5lb penalty over a shorter trip against seven rivals including the classy Japan, the 2019 Juddmonte International winner.

Doyle, who went on to complete a Champions Day double when Glen Shiel won the Group 1 British Champions Sprint, said: “It looks a good starting point for Trueshan and I’m very much looking forward to getting back on him. The good to soft ground won’t be a problem for him and he’s well drawn.

"We’ve got Japan to beat and this trip of just shy of a mile and six [furlongs] would be a minimum for him these days, but he should go well.”

Doyle has not seen the five-year-old since that memorable day at Ascot but has received good vibes from King.

She added: “Alan's pleased with his work and how he’s progressed – he’s not usually wrong is he! What he did last year was incredible and it'll be amazing to see what he can do in 2021.”

Aidan O'Brien's attempts to split up his Ballydoyle stars have seen Japan resurface for his five-year-old season over a new trip, with the trainer expecting the two-time Group 1 winner to come on plenty for his reappearance.

Last season Japan failed to live up to the tall reputation he built as a three-year-old, finishing no better than third in five starts, albeit all at the top level. 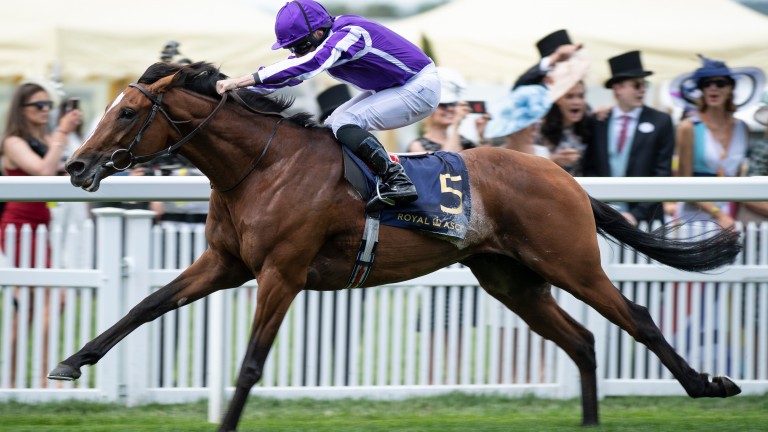 However, the Ormonde represents a first run outside of Group 1 company since he won the King Edward VII Stakes at Royal Ascot in June 2019.

Jim Goldie, trainer of Euchen Glen
He’s got a 3lb penalty for winning a Group 3 at Newbury last year which makes things tricky but he’ll love the ground. I’m not so sure if the track will suit him but he’s got a good draw so we’ll give it a go. The race is all about which Japan turns up – if he’s at the top of his game then we’re all playing for places.

Hughie Morrison, trainer of Kipps
We've always thought there's a decent race in him and he's just as likely to run well in a Group race as a handicap. He was probably a bit ring-rusty last time and we're putting on cheekpieces to wake him up a bit. 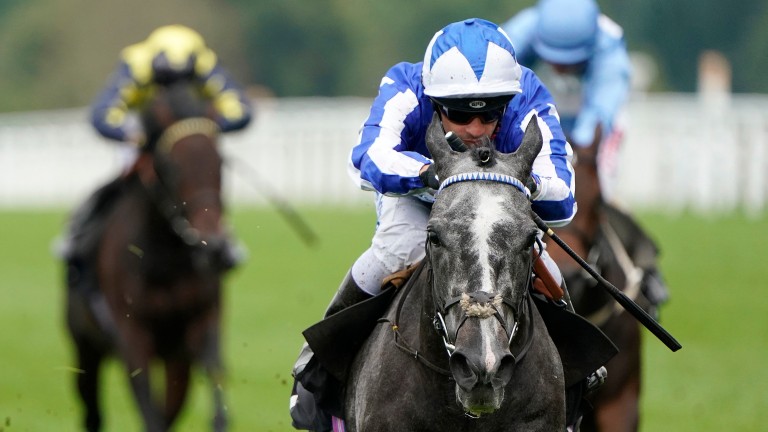 Morando: won this race by eight lengths in 2019
Getty Images

Alastair Donald, spokesman for King Power Racing, owners of Morando
He won the race two years ago and the more rain the better for him. He’s not getting any younger but likes the track and should run a good race.

Johnny Murtagh, trainer of Sonnyboyliston
It's a nice race for him. I could've kept him for the Mooresbridge the other day but I wanted to step him up in distance. He's going to have to improve for it but he won't mind a bit of cut in the ground. We'll see how good he is, it looks a very good race. In fairness to him, he stayed on well at Naas on his return so we think he'll stay the distance.

Roger Charlton, trainer of Withhold
Ideally we would've liked to be starting him back in a two-mile Listed or conditions race but there aren’t any at the moment so we’ve opted to send him here. If it goes very soft he won’t run.

FIRST PUBLISHED 6:00PM, MAY 5 2021
Alan is pleased with his work and how he's progressed and he's not usually wrong is he!

Tom Collins weighs up the chances of classy Falcon Eight for Dettori and Weld Ascot collector's item as Dettori's flying dismount outshone by tearful groom Love brightens the week for Aidan O'Brien but draw-bias punters are wrong-footed Change of stable paying off as Elhafei lands hat-trick for John Mackie 'We're building up the Flat team - it was a huge mistake not to do it sooner' 'He shows everything at home - he relaxes, he quickens, he gallops'