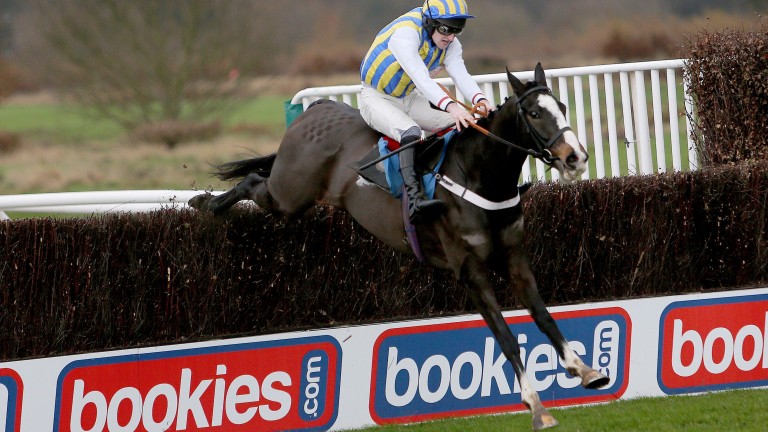 A hotly contested North Yorkshire Grand National will have runners battling it out from north and south as well as the home county this time. The 3m6f handicap chase, which is run in honour of the legendary trainer Denys Smith, includes the first three home from last month's Scottish Borders National at Kelso, while Warren Greatrex, Ben Pauling and Neil Mulholland represent the south with Ballyculla, Newton Thistle and Doing Fine.

Local trainer Henry Hogarth is hoping Alto Des Mottes can go one better than a year ago when a tired stumble when clear over the last saw the then six-year-old beaten in a photo.

"I'd have liked it a bit softer and there is a strong wind drying it," said Hogarth. "It might be a bit quick for him, but we have been trying to save him for this type of race."

Malcolm Jefferson is worried the handicapper might have caught up with Ballyben after another 4lb rise for finishing second last time that leaves him 13lb higher than when taking the notable scalp of the reopposing Harry The Viking at Carlisle in October.

"He has bumped into two well-handicapped horses the last twice and I expect him to run a nice race - the ground and trip will suit him and I don't see why the track would bother him."

Sandy Thomson leads the charge down from the Scottish Borders with Harry The Viking, a 14,000gns purchase from Paul Nicholls back in May 2014. The 12-year-old saw off Carrighdoun and Itstimeforapint to win the Borders National at Kelso last time and that pair reoppose him here.

Thomson said: "He could do without the ground drying out too much and I think there will be someone to do him for finishing pace, but he is in great form.

"Rachael [McDonald, jockey] has been a huge part of the jigsaw and the Eider has been the plan for him."

Lucinda Russell is expecting a big run from Itstimeforapint, especially after his second place on his last visit to the track in February 2015.

"You wouldn't have thought it would be his track, but he ran well there two years ago and he definitely loves long distances," said Russell.

The turn of the year has bought an upturn in fortunes for Greatrex and the in-form trainer is sending up Ballyculla.

Greatrex said: "He was outclassed in the Rowland Meyrick, but he has definitely come on from that run and will stay the trip very well. It is one of the weakest races he has run in for a while and the horses are in great form."

FIRST PUBLISHED 6:00PM, JAN 11 2017
He was outclassed in the Rowland Meyrick but has definitely come on from that run and will stay the trip very well - it is one of the weakest races he has run in for a while