Hogan: Casca's in great order and has a good chance 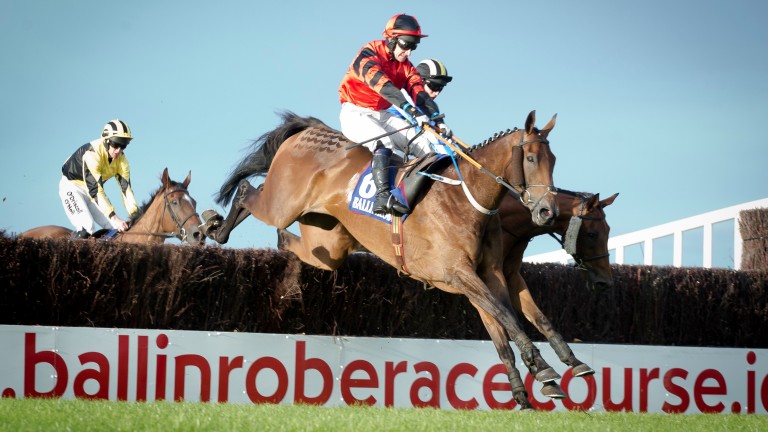 Denis Hogan's flourishing stable hit the crossbar on several occasions at last week's Galway festival, finishing in the placings with six runners but not quite managing to make the breakthrough.

However, that could change at Sligo on Wednesday when Hogan trains and rides recent Tipperary scorer Eiri Na Casca in the feature handicap chase.

The form of the eight-year-old's most recent start at Tipperary, where he finished well ahead of the reopposing Round Tower, has worked out extremely well and runner-up The Gatechecker was beaten only two lengths in the Galway Blazers on Friday.

Hogan said: "Eiri Na Casca's in great order and the stiff Sligo track should mean the trip will be fine.

"There are showers forecast and he wouldn't want it to go heavy or anything like that, but otherwise he'd have a good chance and we'd be expecting a big run."

The 112-rated chaser is unlikely to have it all his own way, with Peter Casey saddling recent course winner Eight Till Late, who reverts to fences rated 9lb lower than he is over hurdles.

He was well clear of the reopposing Bendanella last time at this venue.

Speaking about his hat-trick-seeking nine-year-old, Casey said: "We were delighted with him last time when the owners enjoyed a little bit of a touch. He's returning to a track we know he likes.

"The ground should be fine and our lad's in good form"

John Ryan is represented by Presenting Mahler, who returned to form over 3m1½f last time at Wexford, but her trainer is not overly concerned about racing over this markedly shorter distance.

He said: "She's dropping back in trip, but two miles one at Sligo is like two and a half anywhere else."

The seven-year-old carries bottom weight in the seven-runner affair, and Ryan added: "She's in good nick and has already won over course and distance. We're hoping for the best but it's not a gimme of a race."

Teacher's Pet, trained by Philip Dempsey, makes her handicap chase debut, while Mouse Morris is represented by Catalaunian Fields, who has not quite matched the level of form he showed at Fairyhouse in January.

Connections will be hoping the application of a first-time tongue-tie and the 7lb claim of Barry Browne, who went agonisingly close on Swamp Fox in last Thursday's Galway Hurdle, can help him perform better.