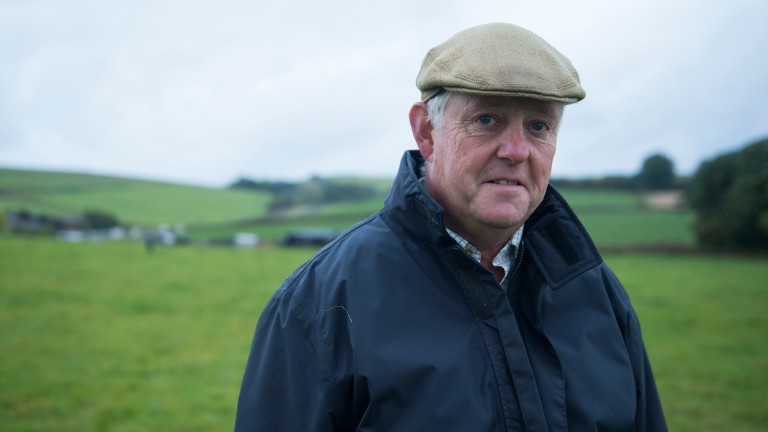 Woodford County landed the corresponding race last year and takes his chance again although ground conditions will be a lot less testing than they were 12 months ago when the official going was heavy.

He will be partnered by conditional rider Ciaran Gethings as was the case when he landed the long distance handicap chase last December and, although he heads the weights, he gets in the race off a handicap mark of 125 again.

Vice well in
The Henry Daly-trained Vice Et Vertu looks likely to be very prominent in the betting after his Ludlow romp last month. The handicapper has raised him 13lb for that success but connections are worried the quick turnaround might not suit.

Philip Hobbs, trainer of Woodford County
He was a bit disappointing on his first run back at Fontwell but he also ran poorly on his comeback outing last year at Sedgefield before winning this race. We're hoping for a better show from him but he could probably have done with the ground being softer.

David Pipe, trainer of Gary Charm
All he seems to do is gallop so we're hoping the longer trip will be beneficial as he was plugging on at Chepstow just over a couple of weeks ago. He might have preferred the ground a little softer but we take our chance.

Robert Walford, trainer of Umberto D’Olivate
He seems in really good form but this is a bit more competitive than the race he won at the course last time. I'm very hopeful he'll have no problems with the longer trip as he just gallops and gallops.

Joe Tizzard, assistant to his father Colin, trainer of Bears Rails
He's a big strapping horse and might just have needed the run at Chepstow last time. Tom Scudamore came back and said he might need some headgear to help him concentrate so he'll wear cheekpieces for the first time. He's stepping up in trip but that should suit.

Anthony Honeyball, trainer of Royal Native
It will be his first run for a long time as he's had a niggling knee issue but he seems over that now and he needs a race on this better ground - if I wait any longer the rain will probably come and it will be too soft. He's as fit as we can get him at home but it’s a big ask first time after such a long lay-off.

Henry Daly, trainer of Vice Et Vertu
I'm not totally certain about running him twice in 11 days so that is a bit of a question mark but the handicapper has essentially made up our minds as he goes up 13lb for his Ludlow win from Saturday and gets in here with a 7lb penalty so he should be 6lb well in.