Grand National history girls Walsh, Frost and Blackmore out to rock the world 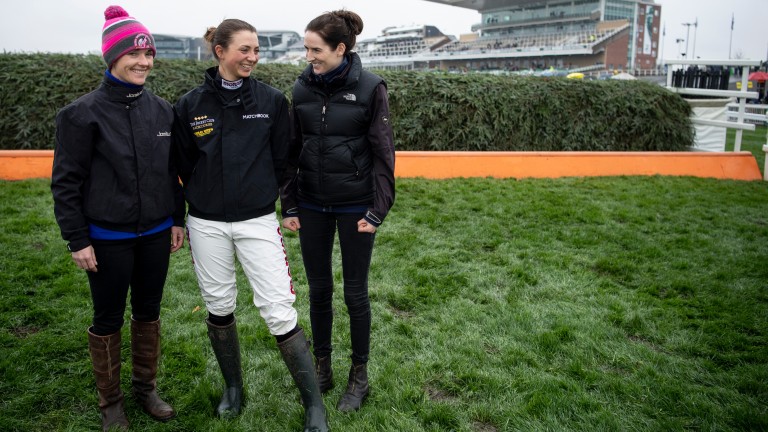 A record-equalling three female jockeys will line up in the 2018 running of the Randox Health Grand National, the most famous and demanding horse race in the world, and victory for any of them would send reverberations around the globe.

Katie Walsh on Baie Des Iles, Bryony Frost on Milansbar and Rachael Blackmore on Alpha Des Obeaux. Those are the athletes and their equine partners who could make history on Saturday by becoming the first female winning riders in two centuries of the Grand National.

It is often said, especially by exasperated women jockeys, that it would be better if their participation in a race like this was entirely unremarkable – just jockeys doing a job, their sex as irrelevant as their hair colour or shoe size.

That day will come, make no mistake, and welcome it will be too, but before the involvement of women riders becomes so commonplace it is not worth mentioning, there must first come the pioneers who go where no one has gone before, who achieve what no one has achieved.

Like trailblazers in the fields of science, medicine, sport and politics before them, the first woman to win the Grand National will be held up as a heroine striking a blow for equality.

They will win fame and a place in sporting history. More importantly, they will become an inspiration for countless thousands of young girls who will see another glass ceiling shattered.

With the small matter of 30 iconic fences and more than four miles of hard galloping on unusually soft spring ground between them and history, victory remains a longshot, as it always is in the National, but there has never been such a chance for a woman to emerge triumphant.

Not since 1988 have three woman ridden in the race and never have all three partnered horses with such clear credentials.

Bookmakers make Katie Walsh, who partners Baie Des Iles, trained by her husband Ross O'Sullivan, the favourite of the three female-ridden runners to make history following a huge gamble this past week.

Walsh, sister of legendary jump jockey Ruby, has come closer than any other woman to victory in the National, placing third on Seabass in the 2012 edition.

Blackmore has already shown her pioneering spirit – she is the only professional female jockey in Ireland and last year became the first to be crowned champion conditional – and partners Alpha Des Obeaux, one of the classiest horses in the race.

Frost, meanwhile, who has landed a string of high-profile races this campaign and emerged as an effervescent rising star of the sport, rides Milansbar, one of the race's most dogged stayers.

Even for a race like the National, which regularly throws up epic stories, a victory for any of these three trailblazing riders would be a result to make the earth shake.

One more for Scotland?

Last year saw the National deliver another slice of history – albeit on a rather lesser scale – as One For Arthur became only the second ever Scottish-trained winner of the race and the first since Rubstic in 1979.

It is not beyond the realms of possibility Scotland's third will follow rather more quickly than its second. 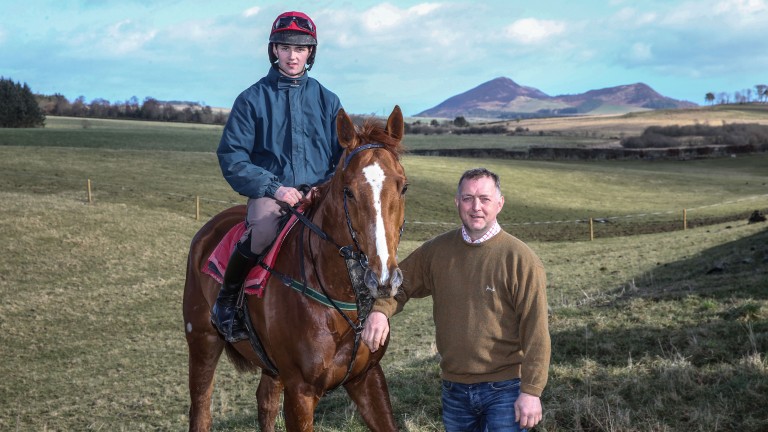 Both hail from small yards in that rugged equine heartland of Scotland that is the Borders, where Rubstic was trained and, since time immemorial, home to the Reivers, horseback raiders whose daring exploits are still celebrated today.

Should the National return with these modern-day Reivers, the tale would pass seamlessly into the legends of this proud region.

Husband-and-wife team Walsh and O'Sullivan are not the only ones keeping it in the family, with one of the market leaders, Blaklion, trained and ridden by father and son, Nigel and Sam Twiston-Davies.

Blaklion finished fourth last year in the hands of Noel Fehily, having looked the likely winner until the closing stages, and has been compared by his trainer to that legendary Aintree hero Red Rum.

Irish trainers have only taken the race home once in the last decade but have a strong raiding party this time, including three-time Cheltenham Festival winner Tiger Roll for Gordon Elliott, Ladbrokes Trophy winner Total Recall for Willie Mullins and excellent Cheltenham Gold Cup third Anibale Fly for Tony Martin.

History also beckons for young James Bowen, just 17-years-old but already regarded by many as a champion jockey in waiting, who would become the youngest winning jockey in National history if he landed the race on Cheltenham Festival second Shantou Flyer.

As ever, many will place their each-way National bet based on nothing more complicated than a lucky colour or a familiar name.

As such, expect low countries expats to be in clover if Colin Tizzard's The Dutchman lands the spoils, while blokes called Ross will be in thunderous good form if rank outsider Double Ross shrugs off unfancied status to cross the line in front.

Few results will be celebrated more widely than if all 40 runners and riders come home safe and sound, as they have done in each of the last five years.

The idiosyncratic track has been extensively revised in recent years to make it safer for participants but Saturday's race is scheduled to take place on far softer and more challenging ground than usual – expect to see fewer finishers than in most years as jockeys promptly and rightly pull up tiring horses as soon as their chance is gone.

It will be a demanding contest, a true test of courage, stamina and athleticism, and a worthy winner is sure to emerge. May the best man – or woman – win.

FIRST PUBLISHED 6:00PM, APR 13 2018
Not since 1988 have three woman ridden in the race and never have all three partnered horses with good chances