Hills signs up with Greatwood to sponsor on Newbury card 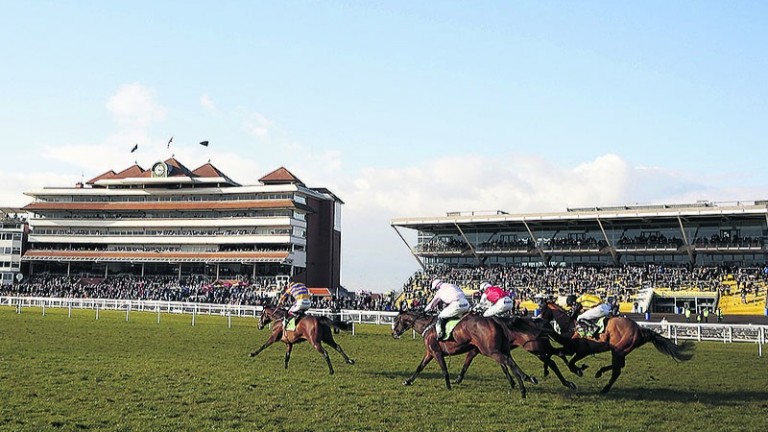 Overnight frost has forced an inspection at Newbury
Alan Crowhurst
1 of 1
By Lee Mottershead 7:36PM, JAN 3 2017

Newbury will draw a deeper line between itself and those racecourses supportive of the sport's authorised betting partner stance when William Hill sponsors three contests at the racecourse to be televised by ITV4 on Saturday, March 4.

While talks continue between the independent track and Ladbrokes-Coral over a major deal to take over what for 60 years was the Hennessy Gold Cup, Hills, like Ladbrokes and Coral a non-ABP bookmaker, has agreed to support Newbury's Greatwood charity raceday.

Although the arrangement was made between Hills and Greatwood, which rehomes ex-racehorses and uses them to help educate disadvantaged children, it required Newbury's approval before being confirmed.

ITV Racing sponsor Hills will give its name to three handicaps worth a total of £90,000 at the meeting, whose bookmaker backers for the last two years - which spanned either side of ABP's implementation - were Ladbrokes, Betfair, Stan James, BetVictor and Betway.

David Lynn, Hills's head of sponsorship and partnerships, said: "William Hill has a longstanding relationship with Greatwood and we are proud to partner with them at Newbury, one of the leading racecourses in the country.

"Greatwood’s commitment to caring for ex-racehorses and inspiring the next generation are incredibly worthy causes. We look forward to an entertaining and successful day that helps raise awareness for the charity and their good work."

The card's charity angle is likely to limit any industry criticism of Newbury, which has consistently refused to fully support the ABP policy of not entering into new or renewed deals with bookmakers that have failed to reach a deal with racing in relation to offshore payments not covered by the levy.

That opposition has stemmed from scepticism about the principle behind ABP and anger at the way Newbury feels it was steamrollered into existence.

"It will also make a significant impact upon our overall success for the day, thereby assisting us to continue our unique educational programmes for children and young people whilst providing a new career for former racehorses."

FIRST PUBLISHED 6:51PM, JAN 3 2017
William Hill has a longstanding relationship with Greatwood and we are proud to partner with them at Newbury