Devastating: Hills set to close around 700 shops with 4,500 staff to be affected 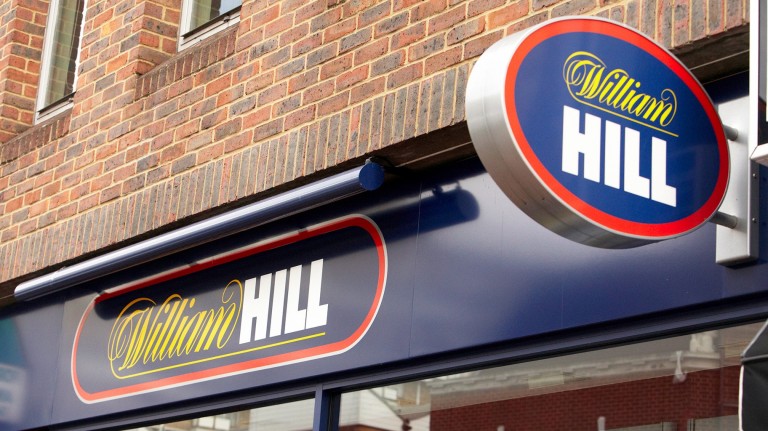 Around 4,500 jobs are at risk at William Hill after the bookmaking giant revealed plans to close 700 betting shops as a result of the government's clampdown on FOBTs, a move described by trade union Community as "devastating".

Consultation with affected staff has begun with shop closures set to start before the end of the year.

While the figure is less than the 900 shops previously guided, the shockwaves caused by the decision will hit racing in both Britain and Ireland with each betting shop paying around £30,000 per annum for the right to broadcast live sport, meaning a loss of up to £21 million in revenue for media rights holders, including racing.

Last year the government decided to cut the maximum stake on FOBTs, the gaming machines found in betting shops, to £2 from £100, describing them as a "social blight".

Politicians, campaigners and media had called for curbs on the machines which were blamed for fuelling problem gambling.

Revenues from FOBTs have become increasingly important to high street bookmakers, as they provided around £1.8 billion per annum in gross gambling yield – the amount retained by bookmakers after winnings had been paid out – and nearly 60 per cent of betting shop business.

A statement on Thursday morning from the bookmaker said: "William Hill has entered into a consultation process with retail colleagues over plans to close around 700 licensed betting offices.

"A large number of redundancies is anticipated with 4,500 colleagues at risk. The group will look to apply voluntary redundancy and redeployment measures extensively and will be providing support to all colleagues throughout the process. Subject to the outcome of the consultation process, shop closures are likely to begin before the end of the year." 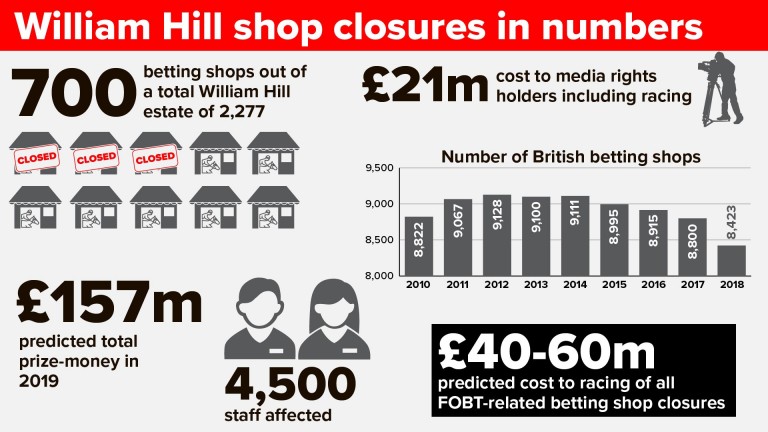 Further closures have not been ruled out by the bookmaker, who currently have 2,277 betting shops, but the 700 announced on Thursday will be the bulk of the reduction in numbers.

Betting shop workers union Community described the news as "devastating". Operations director Tom Blenkinsop said: "We will be advising our members through the consultation process.

"William Hill should immediately engage with Community, so that their staff get additional support and advice during the consultation and all measures can be taken to minimise redundancies and find alternatives.

"The government also has a role to play and must look at what support they can offer to workers whose jobs are threatened as a consequence of changes to the law around FOBTs.

"Betting shops provide an important source of local employment and many of our members have served the company loyally for years. Workers don't deserve to be the victims of the changes happening in the industry as a result of either government policy or the significant shift towards online gambling."

GVC Holdings, the parent company of Ladbrokes Coral, has said that 900 of its betting shops are at risk of closure, while Betfred have said 400 to 500 shops from their retail estate could close.

British racing has estimated it could lose £40-60m in media rights income from betting shop closures. However, earlier this year Arena Racing Company's decision to pre-empt the impact of its expected loss of income by cutting prize-money led to conflict with horsemen, with boycotts organised at some Arc fixtures until a compromise was found.

Loss of media rights income comes at the same time as the sport has been hit by a shock reduction in levy income of £17m.

FIRST PUBLISHED 9:58AM, JUL 4 2019
A large number of redundancies is anticipated with 4,500 colleagues at risk