Hills set to be named as sponsors of new broadcaster's coverage 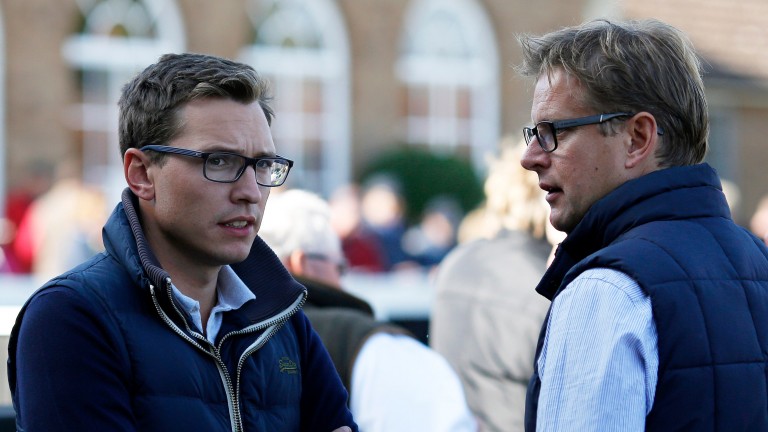 William Hill are expected to be announced as the sponsors of ITV's horseracing coverage when the broadcaster takes over from Channel 4 in the new year.

Following what is understood to have been a competitive bidding process, Hills are close to signing a deal thought to be in the region of £10 million a year over the four years of the ITV contract. Neither Hills nor ITV would make any comment on Tuesday.

The news means that ITV's racing coverage will be sponsored by a bookmaker not signed up to British racing's controversial authorised betting partner policy, under which racecourses have refused to enter into new commercial arrangements with bookmakers who do not make a contribution to the sport's finances from their online business.

Racecourse Media Group, which led the negotiations which resulted in ITV taking over coverage of the sport, and the Jockey Club and Arena Racing Company, who were the first to take up the ABP policy, said they would be making no comment until official confirmation of a deal was announced.

Neither they nor the BHA would comment in general terms about a non-ABP becoming sponsor of the coverage.

However, the ABP policy has never included mainstream broadcasters, while the sport has also said the policy will no longer be needed if, as is planned, the government brings in a levy replacement scheme from April next year.

One potential problem for the deal is the government's review of gambling advertising announced last month as part of a wider examination of the sector centred on gaming machine stakes and prizes.

It is not clear whether that review will include programme sponsorship as well as gambling advertising during commercial breaks.

Should speculation that the government favours a ban on gambling advertising before the 9pm watershed become reality it would prove damaging to ITV's business plans for racing coverage, although the BHA has already said it would call for an exemption for the sport.

Hills can be expected to use news of the deal as an example of an operator's commitment to invest in the sport when it sees a clear commercial return.

That return is set to be boosted by William Hill becoming the preferred bookmaking partner for ITV Racing's apps and website as part of the deal.

There had been speculation Qatari interests might step in to sponsor ITV's coverage, with Dubai having fulfilled that role for Channel 4.

ITV is set to show almost 100 days of racing next year, with 41 days on its main channel, starting with Cheltenham and Musselburgh on January 1.