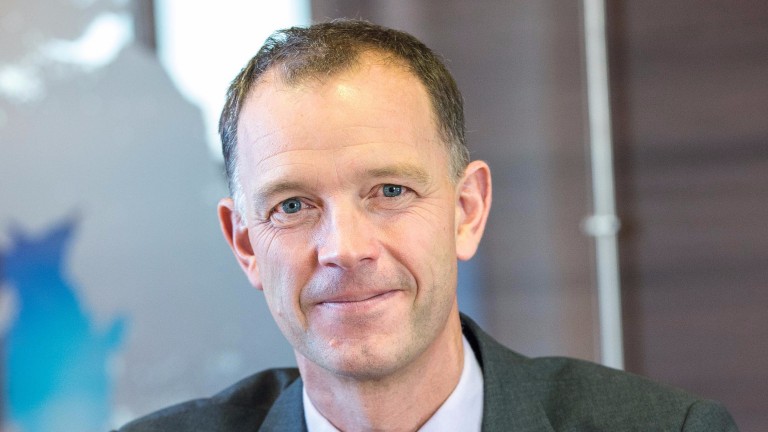 William Hill have announced growth across the group in a trading update released on Monday, with chief executive Philip Bowcock saying the firm have "delivered good financial and operational progress so far in the second half".

Although retail wagers were down slightly (by one per cent), revenue increased by three per cent. Online net revenue was up by six per cent year-on-year, with stakes up 13 per cent. This was in spite of the same period last year (June 28 to October 24) coinciding with the later stages of Euro 2016, albeit starting the day after England were knocked out of the tournament.

Bowcock said: "Our online business has performed particularly well, with UK wagering 14 per cent ahead of last year, in spite of the absence of a major football tournament, and an acceleration in gaming growth.

"Retail has benefited from a stronger gross win margin to deliver both Sportsbook and gaming net revenue growth."

He also updated on a series of cost-saving measures, saying: "We continue to make good progress on our transformation programme, which is on track to deliver £40 million of annualised savings by the end of this year. This is supporting reinvestment in our business, including marketing increases in this second half to promote Online's reinvigorated product and customer experience."

Like other major betting firms, Hills have a significant stake in the outcome of the triennial review into FOBTs and Bowcock echoed others in decrying current uncertainty.

'A unique and positive role'

He said: "The triennial review has now moved into the second consultation stage and we look forward to receiving much needed clarity.

"We will contribute both directly and via the industry trade associations, emphasising the need for evidence-based decision making. Betting shops have a unique and positive role to play in supporting problem gamblers who, typically, use five or six gambling products."

Hills are well placed in the US sports betting market, with a significant presence in Nevada.

The US Supreme Court hearing on whether to allow sports betting in New Jersey (other states would be expected to follow quickly should New Jersey prove successful) is due on December 4 and Bowcock made clear the outcome his company are hoping for.

"We look forward to the US Supreme Court's hearing on PASPA on 4 December and its decision next year," he said. "As the largest operator of sports books in Nevada and with our 80-plus year heritage in the UK, we are actively engaged in helping sports bodies, regulators and other interested parties to understand the benefits of having a licensed and well-regulated US betting industry."

FIRST PUBLISHED 7:43AM, NOV 20 2017
Retail has benefited from a stronger gross win margin to deliver both Sportsbook and gaming net revenue growth