Hills hail progress but Australia puts them in the red 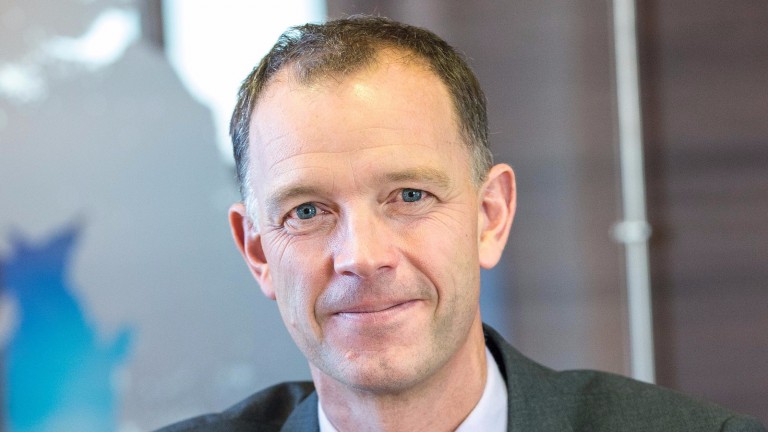 William Hill's troubles in Australia pushed them into a loss in 2017 but chief executive Philip Bowcock said on Friday the firm was making good progress as they released their final results for the year.

The company's Australian arm is the subject of a strategic review as it struggles in the face of increased taxation and tougher regulation.

The decision to write down the value of the Australian business by £238 million helped the bookmaker to a pre-tax loss of £74.6m in 2017 compared with a profit of £181.3m the previous year.

However, group net revenue grew seven per cent to £1.71 billion while adjusted operating profit was up 11 per cent to £291.3m thanks to strong growth online and in the US.

"I think the business has made good progress and is in a different place to where we were 18 months ago," said Bowcock.

The strategic review of Australia is expected to be completed by the middle of the year, with a sale one possible outcome.

Bowcock said: "We as a company and a board need to go through the appropriate processes and procedures and will then update the market as necessary."

The company said it faced two major issues in the coming months, the government's decision on FOBT stakes and the verdict of the US Supreme Court which could possibly open up legalised sports betting in America.

On FOBTs, Bowcock said: "It doesn't just affect us but it affects people in racing as well. This idea that there will be a direct substitution of people who no longer stake on FOBTs straight into over-the-counter horseracing is not true.

"With people who play on the machines who then bet on sports, 95 per cent of their bets are on football.

"The important message is we want to assist government on problem gambling but work with them to come up with the right solution."

Bowcock said he did not think a £2 stake was a "done deal", adding: "If people think we don't need to say anything because it won't be £2 as it doesn't make sense, I think that's putting your head in the sand.

"And if they think if it's £2 it won't affect betting and horseracing, I think they're putting their head in the sand as well."

Bowcock said William Hill was in a "great position" in the US where a decision on whether the widespread ban on sports betting will be lifted is expected in the next few months.

"We are the largest regulated licensed sports betting operation in the US and we have nearly 30 per cent of the Nevada market," Bowcock said, "so the right thing for us to do is to make sure we are prepared for regulation if it happens."

The US will be a key focus for Hills' former online managing director Crispin Nieboer, who is to become group corporate development director.

William Hill have had a difficult month on the regulatory front, having been the subject of a Competition and Markets Authority investigation into terms and conditions and being hit by a £6.2m penalty from the Gambling Commission for breaching anti-money laundering and social responsibility regulations.

"It is incumbent on us to make sure we do that."

The results went down well with analysts at Goodbody, who said in a note: "There is no doubt the business is in much better shape than it has been in the past two years."

FIRST PUBLISHED 7:54AM, FEB 23 2018
I think the business has made good progress and the business is in a different place to where we were 18 months ago