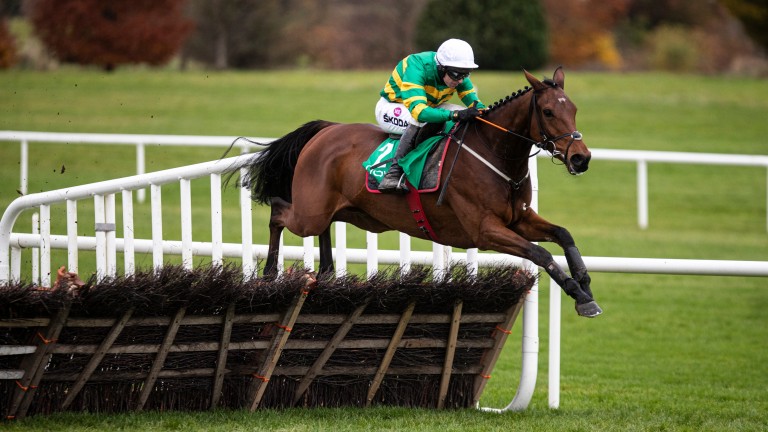 Andy Dufresne: is the star attraction in the Grade 2 Moscow Flyer Novice Hurdle at Punchestown on Sunday
Patrick McCann
1 of 1
By Brian Sheerin UPDATED 7:41AM, JAN 12 2020

There were a couple of different conclusions that could have been drawn from Andy Dufresne’s defeat to Latest Exhibition in a 2m4f Grade 2 at Navan last month.

The first was that Andy Dufresne was just outstayed by a smart horse on the day, while the second is that Gordon Elliott’s youngster failed to give his true running.

In the immediate aftermath, Elliott suggested the latter was more applicable on the basis that stablemate Conflated finished a lot closer to Andy Dufresne than he ought to.

To be fair to Latest Exhibition, he took the race to Andy Dufresne good and early and Elliott's charge had a race on his hands for the first time in his career. 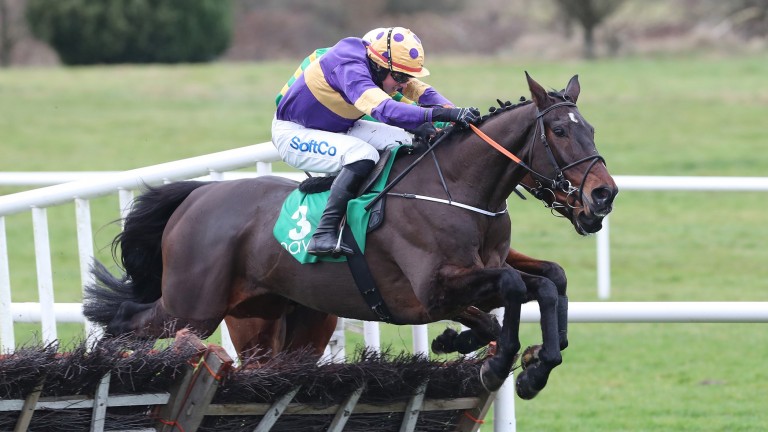 Latest Exhibition: gets the better of Andy Dufresne in the Navan Novice Hurdle in December
CAROLINE NORRIS

Given Andy Dufresne couldn't find an answer to that dour stayer, he looks worthy of reverting to the minimum trip and connections will get a better idea about where they stand after this race.

A horse who was talked about as an Albert Barteltt and Ballymore contender at the beginning of the season, it could well be the case that we're now dealing with a Supreme Novices' challenger.

One thing that Andy Dufresne has going for him on his return to 2m is his ability to jump at speed, and the feeling is he’s deceivingly pacey.

Elliott even admitted to being a little surprised by how much pace Andy Dufresne showed when landing his maiden hurdle at Navan over 2m4f back in November and, should he get back to winning ways today, odds of 16-1 for the Supreme would look good in hindsight.

But this is no penalty kick. Captain Guinness may lack experience but he created a big impression when landing a maiden hurdle over 2m at Navan last month and looks the main threat.

It is also interesting that Joseph O'Brien starts last season's classy bumper performer Meticulous over hurdles in a race of this standard, while stablemate Anything Will Do is going from strength to strength but shouldn't be up to this level.

No trainer has a better record than Willie Mullins, who has won the race eight times since 2010, but such a stat is of little relevance as the champion handler is not represented. 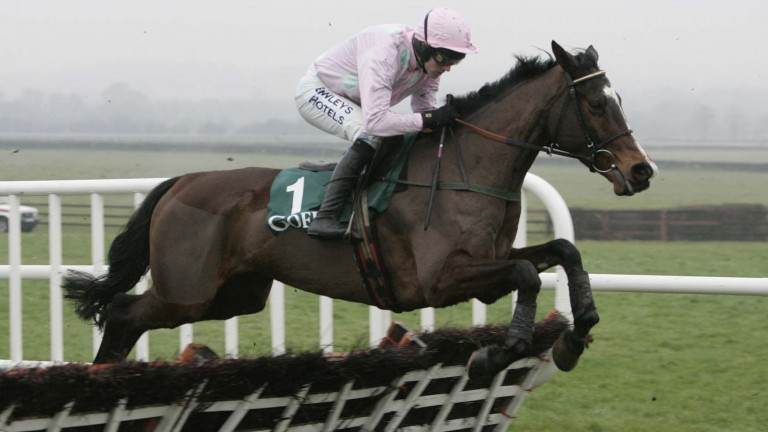 What is relevant, however, is that Douvan, Vautour and Mikael D'Haguenet all went on to score at the Cheltenham Festival after winning this Grade 2 and therefore this rates a good guide come March.

It's also generally run to script, which will please favourite backers, as ten favourites have been victorious since 2003.

Joseph O'Brien, trainer of Anything Will Do and Meticulous
Anything Will Do and Meticulous are in good shape. Anything Will Do is a very consistent horse with solid form and if he runs his race again he'll hopefully be able to give Andy Dufresne a run for his money. It would look a tough ask for Meticulous having his first run over hurdles, but it comes to a point in the season when you want to get him out. His bumper form has worked out very well and there's no doubt that he's a decent horse, so we look forward to seeing what he can do over obstacles. We are looking forward to getting him started.

Gordon Elliott, trainer of Andy Dufresne
Andy Dufresne got beaten by a very good horse of Paul Nolan’s last time [Latest Exhibition] and he’s been in good shape since then. The way he jumps and travels suggests two miles should be no problem for him.

FIRST PUBLISHED 6:00PM, JAN 11 2020
The way he jumps and travels suggests two miles should be no problem for him